The Warriors defeated the Grizzlies, 110–96, in Game 6 of their series on Friday night to advance to the Western Conference Finals for the first time in three seasons.

In the fashion of the Warriors of old, it was the “Splash Brothers” of Klay Thompson and Steph Curry that propelled Golden State forward in the playoffs once again, one step closer to a return to the NBA finals.

Golden State was pushed early in the series by the upstart Grizzlies, who are clearly building a strong foundation behind star point guard Ja Morant. Morant suffered a bone bruise in Game 4, but not before he gave the Warriors all he could handle as he continues to cement himself as one of the games up-and-coming guards.

Morant had an opportunity to reflect on the matchup against Curry and the Warriors on Saturday, as he called Curry his “favorite matchup” and that he was “looking forward to more battles” with Curry in the future.

Golden State awaits the winner of Game 7 between the Suns and Mavericks on Sunday in Phoenix.

The Western Conference Finals will begin next week. 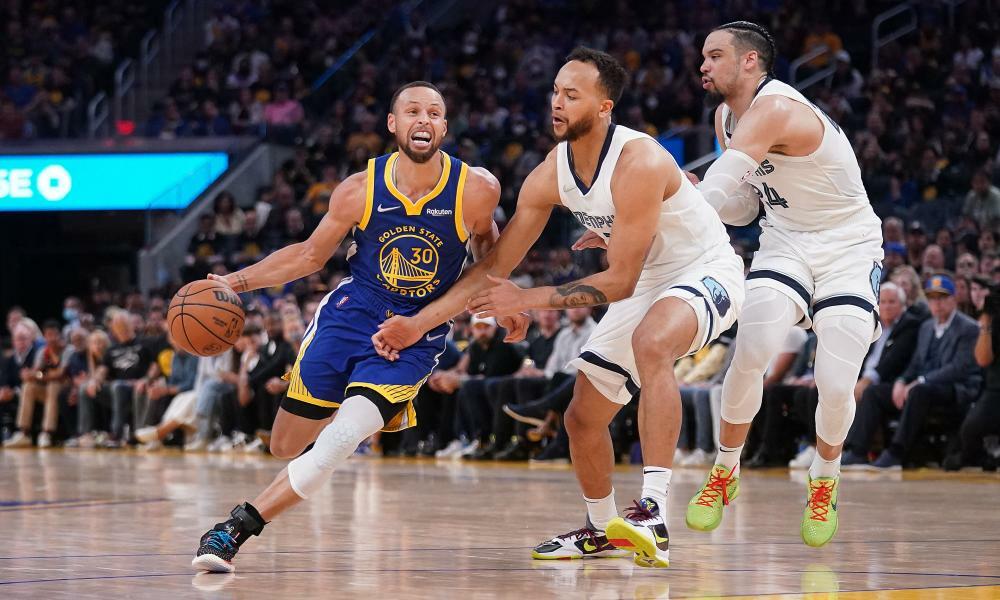 Los Angeles (AFP) - A young, talented Memphis Grizzlies team vowed to come back stronger after they were ousted by…

AFP
Warriors fend off Grizzlies to win series behind Thompson and Wiggins
SAN FRANCISCO – The Chase Center crowd chanted “Whoop that trick! Whoop that trick!” late in the fourth quarter after…