J&J vaccine in India by year-end? 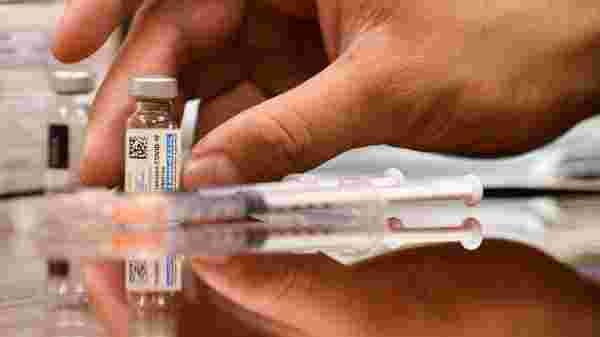 Johnson and Johnson’s single-dose covid-19 vaccine is expected to be available in India by the end of this year, the US drugmaker’s chief scientific officer Paul Stoffels said on Wednesday.

The company’s local partner Biological E Ltd is at the finishing end of setting up its manufacturing plant and getting the vaccines validated. The vaccine will be the fifth to hit the market in India, which already has administered over 700 million doses.

“By the end of this year, we should have our vaccines ready for launch," Stoffels said in response to a query at a press conference organized by the International Federation of Pharmaceutical Manufacturers and Associations (IFPMA).

Amid the threat of the third wave of infections, vaccination remains key to how soon countries can return to normalcy. From travel to reopening schools, countries are making vaccination the main strategy to fight the pandemic.

“As we speak, we are transferring our technology to Biological E in India for substance manufacturing, so the active vaccine material has started and fill-and-finish (bottling vaccines) has started. So, by the end of this year, we expect 50% of our vaccines will be available to low- and middle-income countries," Stoffels said.

With the emergence of the Delta and Mu variants, rapidly scaling up vaccination remains a key objective of health authorities.

In India, four vaccines have been given emergency-use approval by the health regulator—Bharat Biotech’s Covaxin, Serum Institute’s Covishield, Zydus Cadila’s ZyCov-D and Johnson and Johnson.

But only two of them, Covishield and Johnson and Johnson, have the approval of the World Health Organization, which has raised expectations around the J&J vaccine.

Johnson and Johnson has a tie-up with Hyderabad-based Biological E and South Africa’s Aspen for manufacturing its single-dose adenovirus vaccine.

In the past eight months, hectic negotiations with the Indian government over the indemnity clause has held up the launch of vaccines from Pfizer, Moderna and J&J.

Responding to why vaccine makers were insisting on an indemnity clause, Stoffels said that it was needed to protect patients. “We are trying to address this indemnity issue through the Covax facility. The Covax facility that is led by GAVI has established a mechanism whereby any person receiving a vaccine in any of the 92 countries in the AMC (advance market commitment) group, who suffers an unexpected serious adverse event (SAE) associated due to such vaccine will receive a no-fault, lumpsum compensation for that event in full and final settlement of any claims."

According to GAVI, the compensation will depend on the “nature and severity of the harm or injury and adjusted in accordance with the GDP per capita of the country where the unexpected SAE occurs, and (ii) designed to disincentivize claims in court to the greatest extent possible".

Vaccine makers across the world are producing 1.5 billion doses per month, according to IFPMA, and this number is expected to increase to 12 billion by the end of 2021. Pharma companies such as Pfizer and J&J have said they will commit close to 40% of their production for low- and middle-income countries.