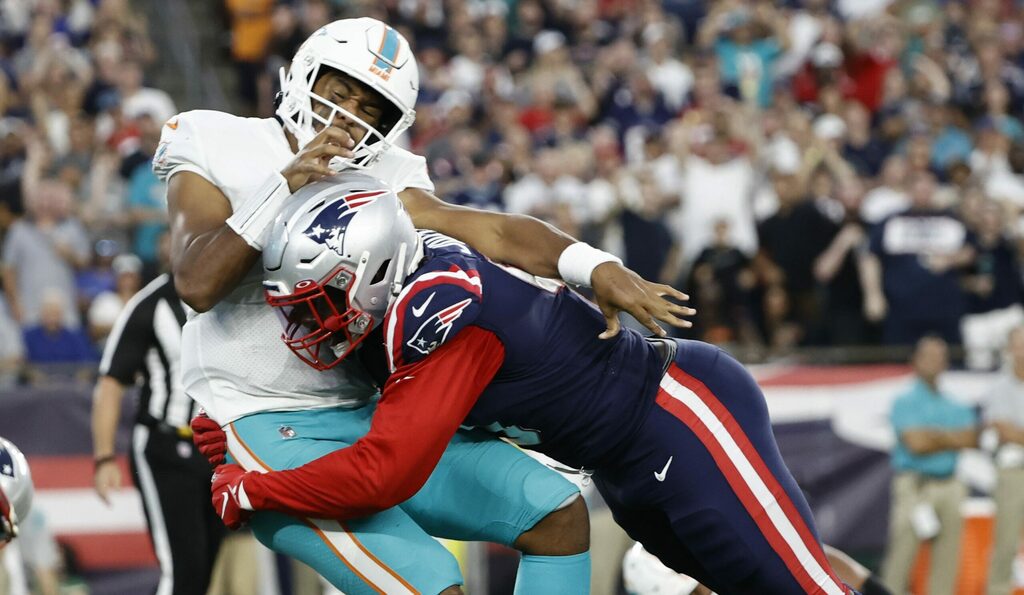 New England Patriots cornerback J.C. Jackson put together a solid performance, with a few flaws — not unlike the rest of his team in a 17-16 loss to the Miami Dolphins.

New England might take pride in allowing just 17 points. That said, it’s unlikely that Tua Tagovailoa and the Dolphins have one of the best offenses in the NFL this year. Even Jackson indicated he wasn’t wholly impressed with Tagovailoa.

Jackson was asked about cornerback Jonathan Jones’ interception, which set up the offense’s final drive, ending with a Damien Harris fumble on the 9-yard line. Jones picked off a wobbly throw that Tagovailoa tossed into a crowd while getting hit hard by linebacker Matthew Judon.

“If he doesn’t have his first read, he just is going to throw the ball up and that’s when we capitalize on defense when he makes mistakes like that,” Jackson said after the game.

“Yeah, pretty much we did,” Jackson said. “We just have to finish the last few minutes of the game.”

Jackson served as the No. 1 cornerback, with the Patriots awaiting cornerback Stephon Gilmore’s return from the physically unable to perform list. Jackson said “of course” the defense started off well. New England’s defense recorded one takeaway (the interception) and two sacks. They allowed 3.2 yards per carry. Tagovailoa finished with a quarterback rating of 79.6 while completing 59% of his passes. That was, in part, because the Patriots did a nice job limiting his top receivers: DeVante Parker and Jaylen Waddle.

Jackson was jawing with Parker, who finished the game with four catches for 81 yards, including a 30-yarder on the team’s go-ahead touchdown drive.

“We were just having fun, talking trash to each other. He’s a pretty good receiver. I love the challenge that he gave me,” Jackson said. “He just made a good catch (on the 30-yarder). I could have played it better. It was all on me. He didn’t do nothing. It was all my fault.”

9 takeaways from Patriots' heartbreaking loss to Dolphins in Week 1 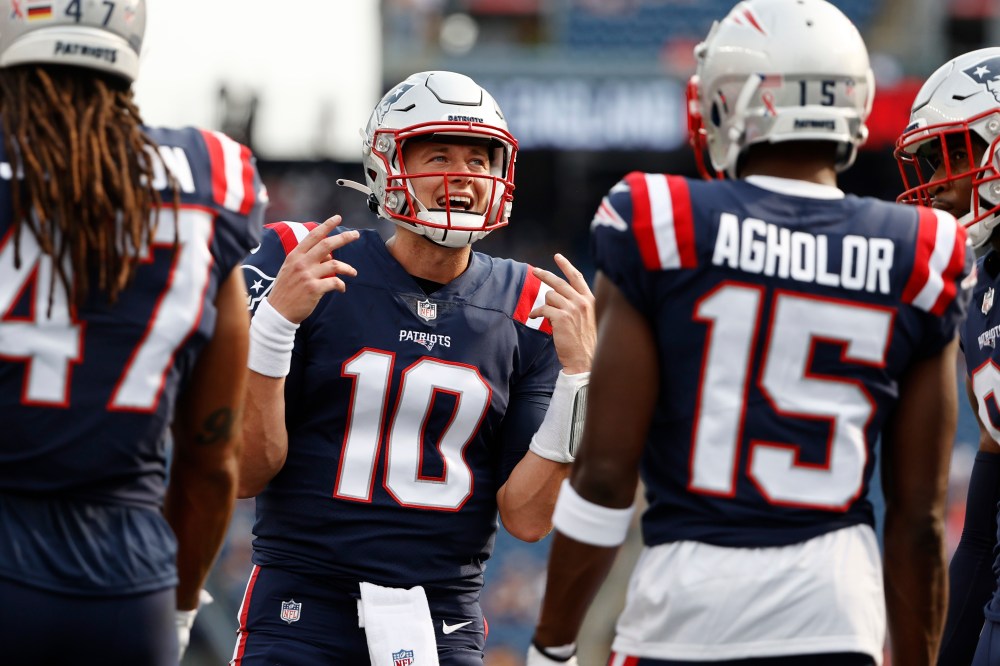