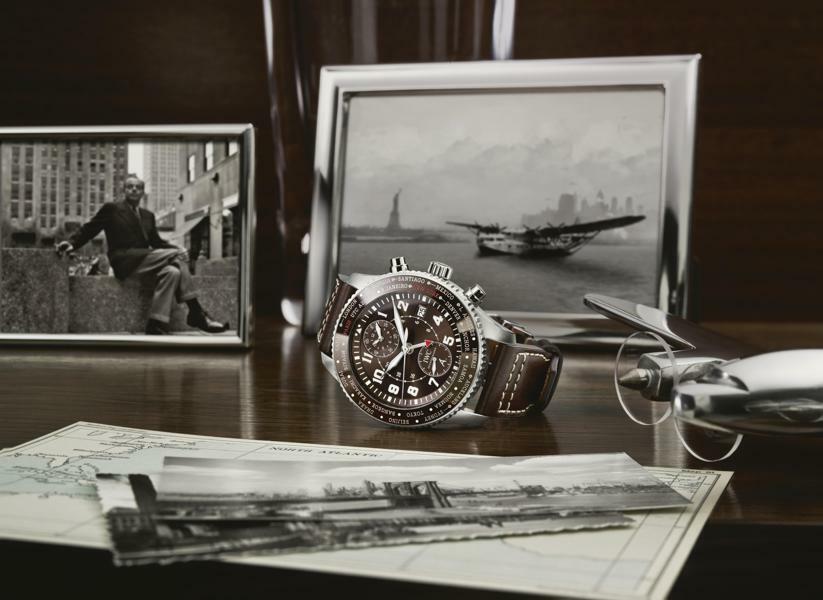 Born in 1900 at the dawn of the golden age of flight, Antoine de Saint Exupéry was one of those rare men of action and intellect, who translated his perilous aeronautical adventures aboard canvas-skinned biplanes lacking flight instruments and radios into short stories and novels. A pioneer of aviation who helped to build airmail routes, taking part in the great human epic of Aéropostale, he was also a war hero in his own right, decorated with the Military Cross for accomplishing a dangerous reconnaissance flight over Arras during WWII, and disappeared in 1944 over the Mediterranean while on an Allied flying mission. Internationally-renowned during his lifetime, he became a legend after his death. When not in the air, he interwove many of his personal experiences as a commercial and French Air Force pilot into his prize-winning literary works, such as his semi-autobiographical The Little Prince (that celebrates the 75th anniversary of its first publication in France this year), Night Flight, Southern Mail, Flight to Arras and Wind, Sand and Stars.

As a company deeply rooted in aviation that has been producing pilot’s watches since 1936, Swiss watchmaker IWC Schaffhausen this year celebrates the 12th anniversary of its partnership with the Antoine de Saint Exupéry Youth Foundation, a charitable organization founded by Saint Exupéry’s heirs in 2009 to support local initiatives for marginalized youth in approximately 30 countries in domains including art, culture, education, literacy, handicap and aeronautics. Olivier d’Agay, Secretary General of the Foundation, and great-nephew of Antoine de Saint Exupéry, states, “When we created the Foundation, our dual objective was to carry out philanthropic initiatives in favor of young citizens and to spread the humanistic thinking of our uncle. I think we can say that these first 12 years have served this ambition well. More than €3 million has been distributed to some 50 projects related to education and to helping disadvantaged youth. We follow about 20 projects in the long term, which allows us to measure the quality of the results.”

Every year, IWC has paid homage to Saint Exupéry’s life’s work as an aviator and writer by creating different limited-edition and single-piece pilot’s watches featuring either brown “Antoine de Saint Exupéry” edition or blue “Le Petit Prince” edition dials. At least one unique example is auctioned off annually, whose entire proceeds go towards financing a charity project jointly chosen by IWC and the Foundation. “Since 2006, IWC has unveiled a series of special limited editions of its Pilot’s Watches that have kept the memory of this extraordinary pilot and aviation pioneer alive to this day, while supporting our charity activities worldwide,” says Nicolas Delsalle, Delegate General of the Antoine de Saint Exupéry Youth Foundation. At the Oscars ceremony in 2019, world-renowned American actor, director and IWC brand ambassador, Bradley Cooper, sang on stage with Lady Gaga while wearing a gold IWC Big Pilot’s Watch engraved on the caseback with an iconic quote from The Little Prince: “It is only with the heart that one can see rightly.” The timepiece was subsequently auctioned by Sotheby’s, and IWC donated the full amount to the Foundation, which used the funds to support projects for the visually impaired, including tactile sculptures in the dark by French artist, Arnaud Nazare-Aga.

Other projects IWC and the Antoine de Saint Exupéry Youth Foundation have supported together include the construction of recreation areas and a multimedia library in Pequeno Príncipe Hospital in Brazil – South America’s largest children’s hospital – which was inaugurated by IWC brand ambassador, Brazilian supermodel Adriana Lima, through the auction of a Pilot’s Watch Chronograph Edition “The Last Flight”; and financing the Hospitality and Catering Training Center in Mae Sot, Thailand, that educates underprivileged youth from the minority Thai Karen hill tribes via the sale of a Pilot’s Watch Double Chronograph Edition “Le Petit Prince”. A long-time initiative is the combat against illiteracy in Cambodia in collaboration with the Sipar, a non-governmental organization that builds libraries and educational centers, supplies reading materials and holds literary activities for children in remote areas, and publishes books in Khmer (including The Little Prince). In 2019, in commemoration of the Foundation’s 10th anniversary, IWC auctioned watch number 10 out of 250 pieces of the Pilot’s Watch Perpetual Calendar Chronograph Edition “Le Petit Prince”, which showcases a unique beige luminescent 10 o’clock index.

To mark the 80th anniversary of Antoine de Saint Exupéry’s historic flight from New York to Biscarrosse aboard the French luxury seaplane Latécoère 521 Lieutenant de Vaisseau Paris in 1939 – the first-ever nonstop crossing of the North Atlantic in a record-breaking 28 hours and 27 minutes – IWC launched the Pilot’s Watch Timezoner Chronograph Edition “80 Years Flight to New York” in stainless steel equipped with its patented timezoner function in 2019. It allows the wearer to adjust the 24-hour world time zone by simply pressing down and rotating the brown ceramic bezel, on which “Paris” and “New York” are marked out in red. The color of the sepia brown dial is inspired by pilot outfits from Saint Exupéry’s time, while the caseback features an engraving of the Latécoère 521. The in-house manufactured 89760 automatic caliber powers the central chronograph seconds hand and chronograph hours and minutes, which are shown combined on a subdial at 12 o’clock. Limited to just 80 pieces, IWC donated the full proceeds from the sale of watch number 80 to the Antoine de Saint Exupéry Youth Foundation.

“It is vital for the Foundation to have partners like IWC for three reasons: funding, international reach and local intermediaries,” explains d’Agay. “The patronage of major brands provides financial support to the Foundation. Their global communication with considerable resources gives unexpected visibility to the Foundation. Finally, their location in all world regions allows us to benefit from their local support.” Thanks to such corporate backing, the Antoine de Saint Exupéry Youth Foundation is able to follow in the footsteps of this man who was as great a storyteller as he was an impassioned pilot, continuing on its path empowering youth across the globe. Expect further IWC Big Pilot Edition “Le Petit Prince” watches – a tourbillon perpetual calendar and a monopusher chronograph – to be released before the end of 2021.