Ivermectin: Why are US anti-vaxxers touting a horse dewormer as a cure for Covid? 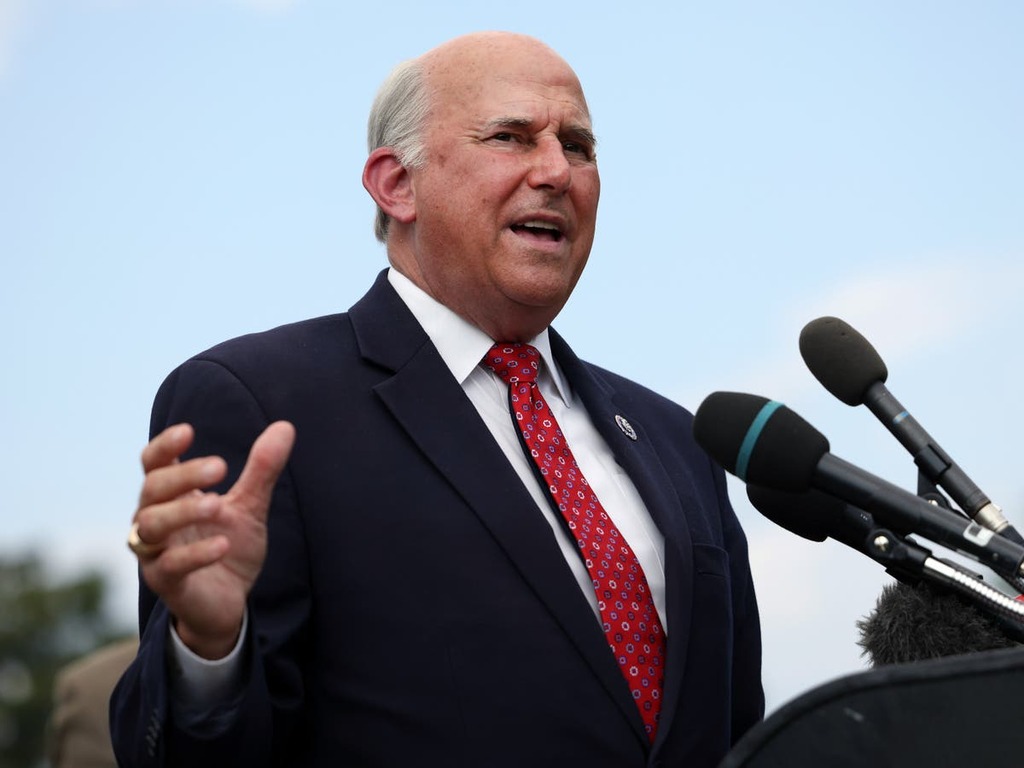 Republican congressman Louie Gohmert, a loyal Washington ally of former US president Donald Trump, drew a round of applause during a speech in Texas in late August in which he endorsed the use of ivermectin – an anti-parasitic drug commonly deployed to treat intestinal worms and lice in livestock – as a cure for Covid-19 in humans.

“The trouble is, these vaccines, they were only approved for emergency use,” Gohmert told a crowd at the Texas Youth Summit in Conroe, an event at which fellow MAGA luminaries Ted Cruz, Kayleigh McEnany, Candace Owens and Charlie Kirk were also speaking.

“Now you have Pfizer that’s been approved, but there’s so much long-term they don’t know.”

He continued: “I don’t know if y’all saw, but a month after President Trump left office, The American Journal of Medicine came out with a great article that they had discovered a regimen of medication that when taken together early in Covid that – you may have heard of it: hydroxychloroquine, ivermectin, a Z-Pak azithromycin, zinc.”

Precisely which article the congressman was alluding to was not immediately clear but none of the substances he rattled off have in fact been definitively proven to be an effective remedy against the coronavirus in clinical trials.

Ivermectin, in fact, has a number of alarming potential side effects for humans, ranging from nausea, vomiting, dizziness, diarrhoea, low blood pressure, itching and hives to seizures, comas or even death.

But Gohmert, who has no medical background whatsoever, is nevertheless not alone in promoting the treatment.

That same day, another Trump cheerleader, Senator Rand Paul of Kentucky, told a meeting of his constituents in the town of Cold Spring that liberal hatred of the previous president had held back studies into the efficacy of ivermectin.

“The hatred for Trump deranged these people so much that they’re unwilling to objectively study it,” the senator claimed, according to The Cincinnati Enquirer.

Florida governor Ron DeSantis, another GOP populist, is said to be taking advice on the pandemic from Dr Michael McDonald, a child psychiatrist who has previously promoted ivermectin, as well as regularly opposed the wearing of face masks, according to The Miami Herald.

And in June, Wisconsin’s Republican senator Ron Johnson was suspended from YouTube after he uploaded a video promoting ivermectin as an answer to Covid, among a number of other quack cures.

Influential Fox News anchors Tucker Carlson and Laura Ingraham have likewise both previously speculated positively about its efficacy during on-air monologues - and now popular podcaster Joe Rogan has been taken ill with Covid and told the world he is taking ivermectin.

The echo chamber of right-wing social media has been flooded in recent weeks with misinformation relating to ivermectin’s use as an alternative to the vaccines – the subject of no little paranoid conspiracy theorising – despite the US Food and Drug Administration (FDA) warning against its use against Covid and a European Medicines Agency review in March concluding that “the available data do not support its use for Covid-19 outside well-designed clinical trials”.

The FDA sought to address the issue head-on on 21 August when it tweeted: “You are not a horse. You are not a cow. Seriously, y’all. Stop it.”

In an attached article, the body said of Covid: “We’ve been living with it for what sometimes seems like forever. Given the number of deaths that have occurred from the disease, it’s perhaps not surprising that some consumers are looking at unconventional treatments.”

“Using any treatment for Covid-19 that’s not approved or authorised by the FDA, unless part of a clinical trial, can cause serious harm,” the agency warned, saying it has received “multiple reports of patients who have required medical support and been hospitalised after self-medicating with ivermectin intended for horses.”

The official advice has not stopped people buying up the drug from pet stores in droves, with one business owner interviewed by CNN saying she had sold 50-100 doses of ivermectin in the last month when she would ordinarily expect to shift just 10.

Among those to have self-medicated with the drug and been taken ill as a consequence was Georgia police captain Joe Manning, 57, who frequently voiced anti-vaxx sentiments only to die last week due to complications arising from Covid.

Dr Anthony Fauci, director of the National Institute of Allergy and Infectious Diseases and chief medical adviser to US president Joe Biden, was as equally unequivocal as the FDA in warning against such conduct.

“Don’t do it,” he said, when asked about the issue by CNN anchor Jake Tapper on State of the Union. “There’s no evidence whatsoever that that works and it could potentially have toxicity, as you’ve just mentioned, with people who have gone to poison control centres because they’ve taken the drug at a ridiculous dose and wind up getting sick. There’s no clinical evidence that indicates that this works.”

Also ridiculing the craze was MSNBC host Rachel Maddow, who commented on her show: “Literally people won’t take the vaccine because they’re super suspicious of that, but they’re taking horse deworming medication that they’re buying at a feed store.”

“The pandemic has been replete with politicised discussions of non-pharmaceutical interventions, treatments, vaccines, and even the virus itself,” writes Joshua Cohen of Forbes.

“None of this has served public health well. To the contrary, politicisation has been to the detriment of efforts to turn the tide against the pandemic. Too many people have fallen under the spell of unproven ‘cures’ while foregoing clinically confirmed instruments, such as vaccines.”

Developed in the late 1970s, ivermectin has been used as a treatment on humans before, notably to tackle two nasty tropical maladies prevalent in the developing world: river blindness and lymphatic filariasis.

Oxford University meanwhile announced in June that it would study ivermectin as a remedy for the coronavirus as part of its Principle trial on the basis that, although the agent is not an antiviral, some of the laboratory studies investigating its impact on Covid had found that it could block the replication of Sars-CoV-2 but only at much higher, and unsafe, concentrations than those used in currently authorised ivermectin treatments.

The lack of evidence from large-scale, randomised controlled trials, however, made it impossible for those studies to say for sure that the drug is effective against the coronavirus, although that did not stop some countries like Peru, Bolivia and Colombia from administering it to patients.

The popularity of this latest highly dubious solution to the coronavirus pandemic among the American right follows on from President Trump’s outspoken advocacy for the anti-malarial drug hydroxychloroquine in 2020, which was likewise unproven against the virus – and thought to provoke worrying side effects including heart arrhythmia in some cases – but which the commander-in-chief, members of his cabinet and his supporters on Fox emphatically promoted anyway.

Trump himself claimed to have taken a dose of hydroxychloroquine and famously said of experimentation during a White House press conference: “What really do we have to lose? We don’t have time to say, ‘Gee, let’s take a couple of years and test it out.’”

The New York Times subsequently discovered that the celebrity tycoon had “a small personal financial interest” in the French pharmaceutical company Sanofi – which manufactured Plaquenil, the US brand version of hydroxychloroquine – while billionaire Republican donor Ken Fisher and US commerce secretary Wilbur Ross also had prior ties to Sanofi.