By Martin Pengelly and agencies 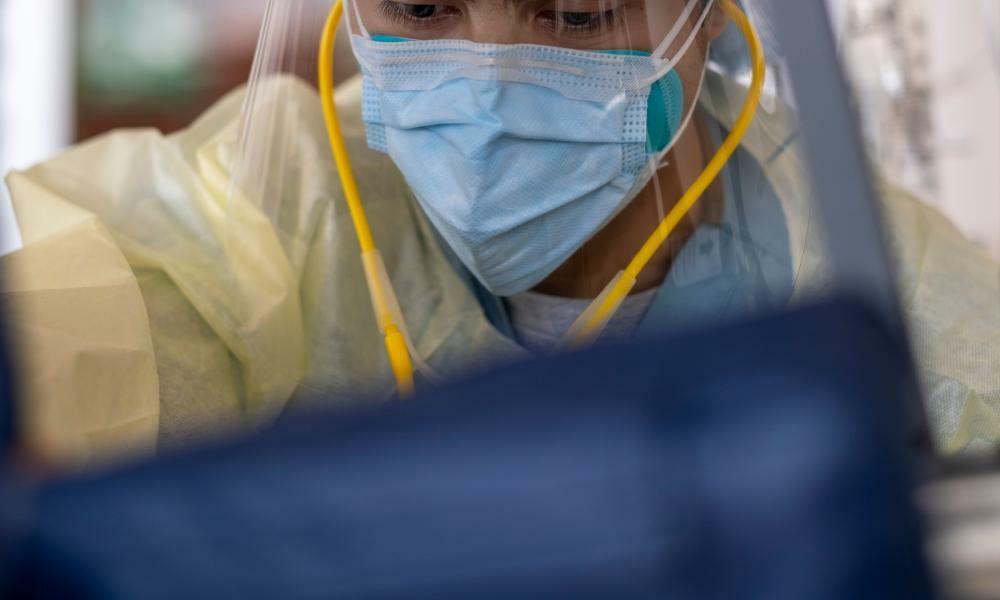 An Oklahoma doctor has said overdoses of the anti-parasitic drug ivermectin, which many believe without evidence can prevent or cure Covid-19, are helping cause delays and problems for rural hospitals and ambulance services struggling to cope with the resurgent pandemic.

Ivermectin is used to kill internal and external parasites in livestock animals and, in smaller doses, in humans.

Dr Jason McElyea, a family doctor in Sallisaw, told a news conference held by the Healthier Oklahoma Coalition on 31 August that he and his colleagues had seen “more than a handful” of patients with complications from ivermectin use in the previous weeks.

“They’re coming to us with nausea, vomiting, muscle aches – sicker than people who have Covid,” McElyea said. “And I’ve had several patients who have had vision loss.”

McElyea said these patients were buying ivermectin over the counter at their local agricultural store and taking doses recommended for horses. “There’s a reason you have to have a doctor to get a prescription for this stuff, because it can be dangerous,” McElyea told KFOR, an Oklahoma TV station.

He said the rise in cases of ivermectin misuse came as Oklahoma’s rural hospitals were already struggling to cope with a surge in Covid patients. “The [emergency rooms] are so backed up that gunshot victims were having hard times getting to facilities where they can get definitive care and be treated,” he told KFOR.

McElyea told the Tulsa World a colleague was forced to send one severely ill Covid patient to a hospital in South Dakota, three states away to the north. “They had sat in a small hospital needing to be in an [intensive care unit] for several days, and that was the closest ICU that was available,” he said.

Oklahoma is among states struggling to cope with a surge in hospitalisations and deaths caused by the Delta virus variant. According to Johns Hopkins University, in the past week Oklahoma has recorded more than 18,400 cases and 189 deaths. The same source puts the death toll in Oklahoma over 8,000, out of more than 647,000 across the US.

The vast majority of US hospitalisations and deaths are among unvaccinated people. Amid opposition to vaccines and public health mandates stoked by Republican politicians, conservative media and disinformation on social media, many have turned to ivermectin.

This week, the influential podcaster Joe Rogan, who has been dismissive of vaccines, announced he had tested positive for Covid and was taking ivermectin.

In Arkansas, the drug was given to inmates at a jail. Louisiana and Washington issued alerts after an increase in calls to poison control centers. Some animal feed supply stores have run out of the drug because of people buying it in its veterinary form.

The Centers for Disease Control and Prevention (CDC) cited a case of a man who drank an injectable form of ivermectin intended for cattle. He suffered hallucinations, confusion, tremors and other side effects and was hospitalised for nine days.

McElyea told KFOR: “Growing up in a small town, rural area, we’ve all accidentally been exposed to ivermectin at some time. So it’s something people are familiar with. Because of those accidental sticks, when trying to inoculate cattle, they’re less afraid of it.”

Authorities have tried to debunk claims that animal-strength ivermectin can fight Covid-19.

“Taking large doses of this drug is dangerous and can cause serious harm,” the US Food and Drug Administration warned, adding that the drug can cause nausea, vomiting, diarrhoea, seizures, delirium and death.

The American Medical Association appealed for an “immediate end” to the drug’s use, outside studies seeking to determine if the drug has any use against Covid-19, with federal and state regulators tracking side effects and hospital admissions.

A panel from the National Institutes of Health found “insufficient evidence” for or against using the drug for Covid-19.

Northeastern Health System in Sequoyah said in a statement posted on Facebook later on Saturday that Dr McElyea was not an employee but was affiliated with a medical staffing group that provided coverage for its emergency room.

NHS Sequoyah had not treated any patients due to complications related to taking ivermectin, including overdose, the statement said.

• This article was amended on 13 September 2021. An earlier headline – “Oklahoma hospitals deluged by ivermectin overdoses, doctor says” – was changed; in a statement to the Healthier Oklahoma Coalition on 31 August 2021, which was brought to our attention after publication, Jason McElyea considered that ivermectin misuse was contributing to the current pressures on hospitals due to the Covid-19 pandemic, but was not the primary cause of it. Some of this account has been incorporated into the text, and further quotes reported by other media organisations have been placed in this context. On 5 September 2021 a statement was added from NHS Sequoyah addressing Dr McElyea’s comments that was released after publication.