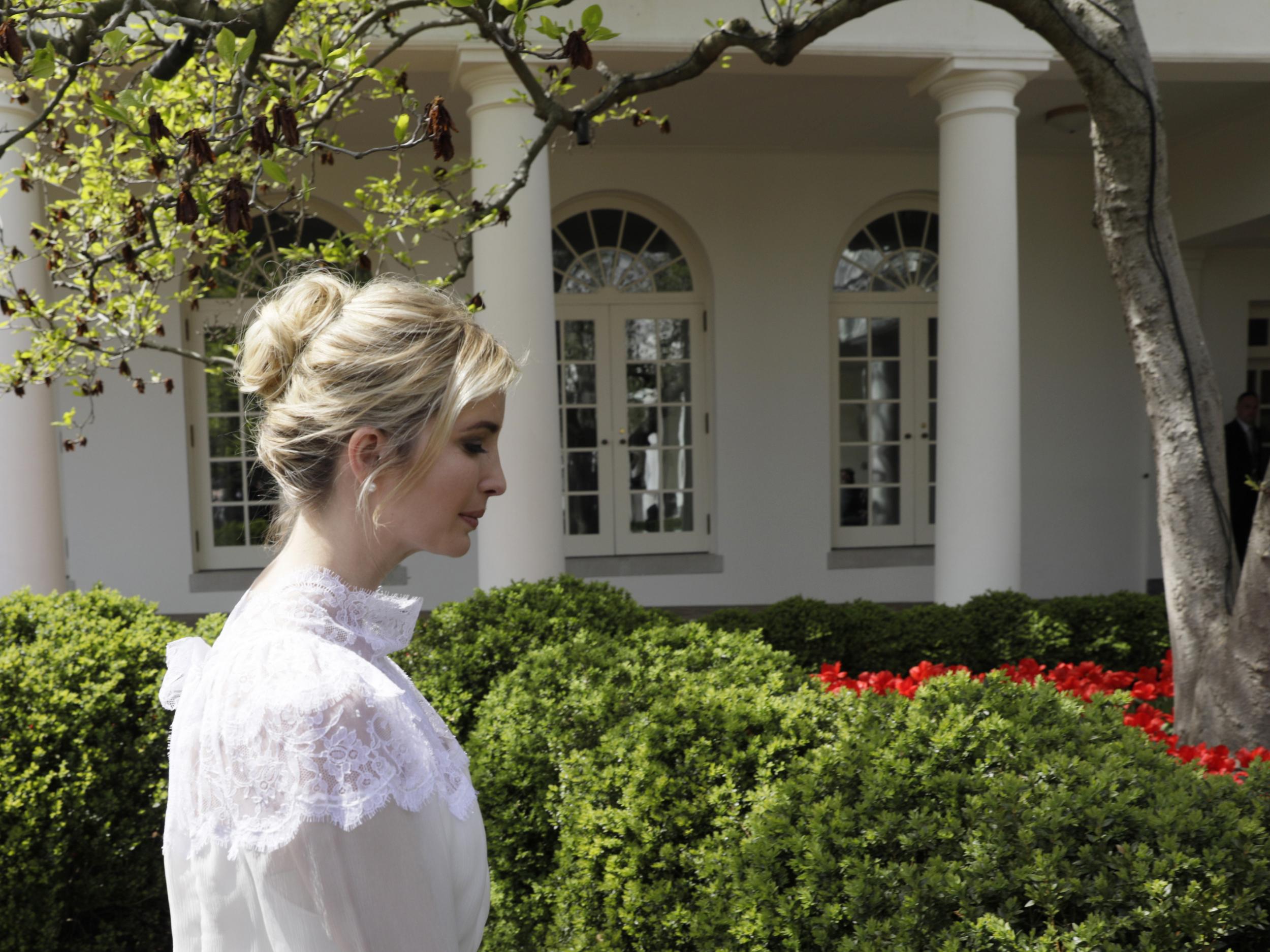 When Wang Ge, a business school student, wakes up, she often asks herself, “What would Ivanka do?”

That would be Ivanka Trump, the eldest daughter of President Donald Trump, a woman Wang has never met but worships.

In the United States, Ivanka Trump has become a controversial figure, battling persistent questions about business conflicts and criticism for not doing more to moderate her father’s policies toward women.

But in China, she is widely adored. Her lavish lifestyle and business acumen resonate with many young professionals who are hungry for fame and fortune in a society that often equates material wealth with success.

Wang keeps photos of Ivanka Trump on her iPad. She counsels burned-out friends to read Trump’s self-help tips (“Find strength in others” and “Be an optimist”). And she models her day on Trump’s, waking at 6 am to increase productivity and setting aside at least a half-hour to read.

“She’s pretty, she has her own career, she’s hardworking and she has a beautiful family,” said Wang, 26, a student at Cheung Kong Graduate School of Business in Beijing. “She inspires me.”

While Donald Trump, who meets President Xi Jinping of China in Florida on Thursday, has bluntly assailed China on issues like trade and North Korea, Ivanka Trump has helped soften her father’s volcanic image.

She is called a “goddess” on social media. A video of her daughter singing in Chinese went viral, attracting tens of millions of viewers. Working mothers have latched onto her brand of have-it-all feminism, even if most lack her financial resources, and entrepreneurs have studied her speeches for clues on making successful pitches.

Xinhua, the official news agency, weighed in last week, describing Ivanka Trump as having an “elegant and poised style.”

“A lot of people think Ivanka is the real president,” said Li Moya, 31, who runs an app for renting venue space in Beijing. “We think she has the brains, not her father.”

Young Chinese women working in sectors like technology and finance have been especially taken by the president’s daughter, whom they see as an elegant symbol of power and ambition. They say they have sought to mimic her tenacity and confidence as they confront chauvinism and stereotypes in the workplace and in family life.

Many are also impressed by her decision to start her own fashion brand rather than simply focus on the family real estate business.

“She’s very independent,” said Wang Jiabao, 28, a reality television producer in Beijing. “She represents what we’re looking for — to marry into a decent family, to look good, and to also have your own career.”

Some also believe Ivanka Trump embodies Confucian values, pointing to her decision to convert to Judaism for her husband and her steadfast defence of her father, both seen as illustrations of a devotion to family.

In China’s stressed-out urban centres, her tips on leading a balanced life (“Don’t sleep with your BlackBerry next to your bed,” says one) have found a large audience.

On messaging apps, young professionals trade translations of her self-help guides, while working mothers share her advice on carving out time for loved ones.

Still, she has her critics. Some are sceptical of her father’s policies and disturbed by her decision to join his administration, in which she serves as assistant to the president. Others believe that as a child of privilege she is a poor role model for everyday Chinese people.

“She’s trying too hard and pretending too much,” said Shi Yixuan, 22, an administrative staff member at Peking University in Beijing.

“Underneath her image are very traditional values,” said Dai Linjia, a communications consultant. “Her family is almost like a dynasty.”

While her father has threatened a trade war with China and criticised China’s efforts to build outposts in the South China Sea, Ivanka Trump and her husband, Jared Kushner, have embarked on a charm offensive with the country.

It helps that her daughter, Arabella, speaks Chinese, which she began learning from her Chinese nanny. Ivanka Trump and Arabella attended a Lunar New Year festival at the Chinese embassy in Washington in February, an event broadcast on China’s prime-time news.

On Tuesday, two days before her father was to meet Xi, Ivanka Trump posted a photo of her younger son, Theodore, playing with wooden blocks emblazoned with Chinese characters.

Analysts said her popularity could help ease the relationship between China and the United States at a tense time.

“Her father is a regular critic of China, so Ivanka’s moves sort of compensate for that,” said Shi Yinhong, a professor of international relations at Renmin University in Beijing. “The Chinese government will see there are both ugly and positive messages coming out of the U.S.”

Many younger Chinese will be watching this week’s meeting between Donald Trump and Xi for signs of Ivanka Trump.

Wang, the business school student, said she hoped that Ivanka Trump could help improve China’s standing in the United States.

“She’s a very good role model,” she said. “I think she can help the two countries grow closer.”