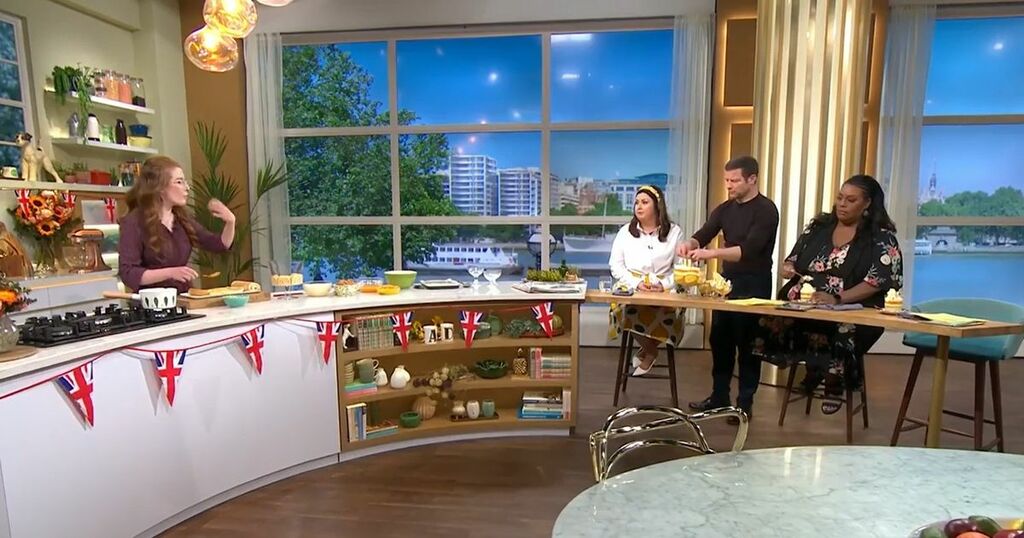 Alison, 47, and co host Dermot O'Leary had a fully packed programme on the cards when she said 'good morning'…

Chicago Sun-Times
Get all your news in one place
Latest Entertainment news:

Inverse
From analysis to good news, read the world’s best news in one place
The Ferguson Report: Polling suggests majority of voters just glad it’s over

Dermot O'Leary snapped at Alison Hammond and said she had gone 'too far' when she questioned what he was doing during the latest episode of This Morning. The pair were back at the helm of the ITV daytime show as usual on Friday (May 13).

The last episode of the week saw the hosts talking all things Eurovision, including Georgina Burnett showing us how to throw the ultimate Eurovision party as well as a performance from Katrina Leskanich of Katrina and the Waves fame. But before all that Alison and Dermot cracked on with the latest 'This Morning's View'.

After welcoming viewers back to the show following an ad break, the pair prepared to introduce their guest Holly Smith, aka the Coupon Queen, live in the studio to chat through the latest news headlines. However, Alison, 47, couldn’t help but notice her co-host, 48, moving around on the famous sofa beside her.

Not able to ignore it, the mum-of-one said: "What's the matter Derms?" to which he replied: "I'm just adjusting my trousers - look at you pouncing on me there! [Thinking] 'What's he up to?'"

Alsion then replied: "Well you started touching yourself, I was like, 'What's going on here?'" leaving Dermot having to clarify: "Well, that's a bit too far, I was literally adjusting a trouser. I wouldn't call that 'touching myself' thank you."

He then carried on with the show, teasing what else fans can expect but viewers watching at home couldn't help but comment on the moment on social media. @RachelChilds tweeted: "Dermot snapping at Alison #ThisMorning," alongside two crying laughing emojis. @NAHtoreeus commented: "Dermot can’t take a joke at all. Touching your own leg is touching yourself so … #ThisMorning."

But viewers may also have been distracted as they were a bit perplexed over the segment before the break. The hosts were joined in the studio by Jemma Melvin whose creation, a lemon and Swiss roll amaretti trifle, has beat off completion from thousands of others to be the official pudding for the Queen's Platinum Jubilee.

Jemma, a copywriter from Merseyside, created the dessert, inspired by the lemon posset served at the Queen's wedding to Prince Philip, appeared in a special BBC programme called The Jubilee Pudding: 70 years in the Baking, with the Duchess of Cornwall announcing the winner.

However, as she appeared on This Morning alongside her dessert, it was left to Jane Dunn, who was one of the competition’s judges, to actually show viewers exactly how it was made - despite never having made it before.

@MrXathon asked: "Why is she not allowed to show us making her own creation?? Odd.. #ThisMorning." @dd_espeleta #thismorning Really confused why the woman who won isnt making it? It is like inviting Elton John to sit and you make an impersonator singing his song for him."

@TonyGre97915994 commented: "#ThisMorning Why was Gemma not making the trifle? She won the competition after all. Strange....." @TanishaBourne91 Why do they have somebody else making her trifle when she's sat right there. #thismorning."

Alison HammondDermot OLearyJemma Melvin
Sign up to read this article

Alison, 47, and co host Dermot O'Leary had a fully packed programme on the cards when she said 'good morning'…