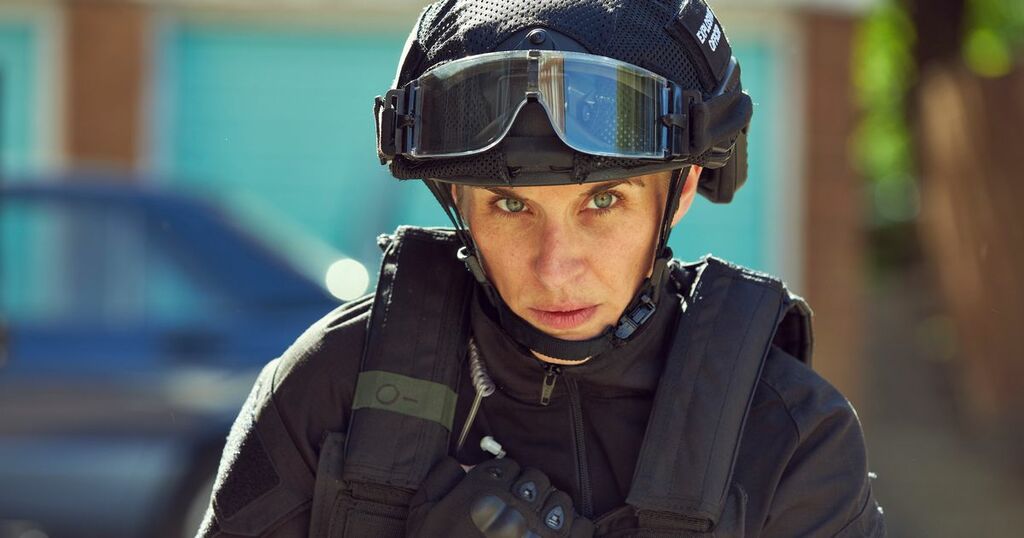 The channel has been teasing the thriller with viewers since November last year, but it has finally revealed the high-octane series would start on Sunday, January 23 from 9pm.

The six-part series will see Vicky McClure take on the role of ex-military and experienced bomb disposal, Lana Washington described by ITV as being "reckless and out of control".

Lana Washington will be "pushed to breaking point" as she deals with a number of improvised explosive devices in London which threaten the UK capital.

ITV took to Twitter to announce the update, sharing a new clip of Vicky as Lana with a countdown clock flashing across her safety goggles.

The 38-year-old actress shared some behind-the-scenes pictures of her on set last week, which set fans into a frenzy asking when the new explosive thriller will air.

Trigger Point has been written by screenwriting newcomer, Daniel Brierley and produced by Line of Duty and Bodyguard writer and creator, Jed Mercurio’s HTM Television.

Vicky has played Kate Fleming in the hit BBC series Line of Duty since it begun in 2012 and is teaming up with Jed once again for this brand new series which is sure to have viewers of the edge of their seats.

Trigger Point will start on ITV and ITV Hub on Sunday January 23 at 9pm.