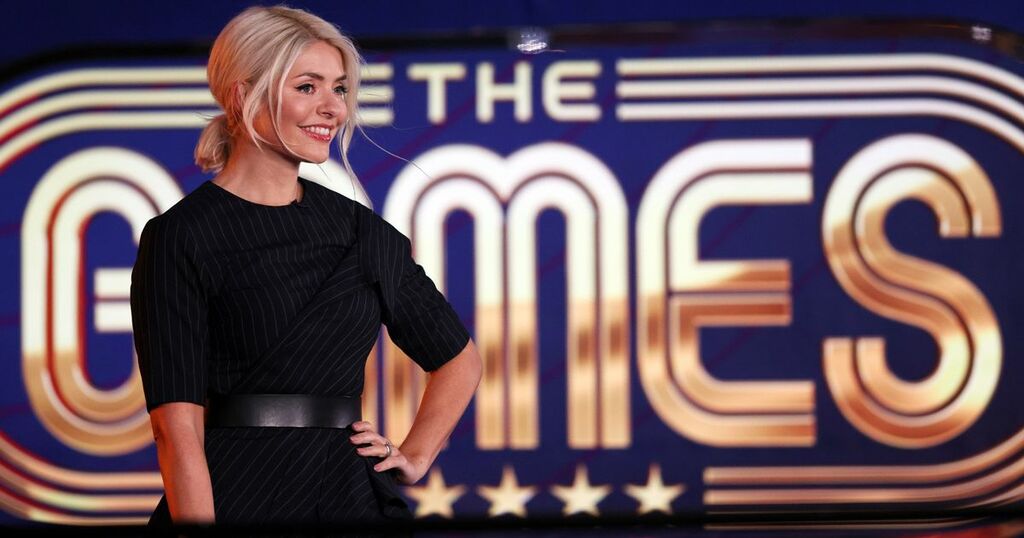 Holly Willoughby apologised on live television tonight as she hosted ITV's The Games with Freddie Flintoff. She had been accused…

The Games has got viewers talking throughout the week for various different reasons. From confusion over the live and pre-recorded elements to the celebs getting competitive on and off screen, the reboot of the Channel 4 show kicked off on Monday (May 9) with Holly Willoughby and Freddie Flintoff as hosts.

The new presenting duo has been live every night throughout the week as 12 celebrities take part in various Olympic-style events after three months of training, all while racking up points as they go before a male and female winner is crowned during the final on Friday night (May 13).

The penultimate show on Thursday night (May 13) saw all kinds of chaos in the women's keirin, while viewers also saw the men take part in speed climbing before they appeared live in the velodrome for the elimination race which almost ended with a photo finish.

But away from the sporting action, it appears viewers have become distracted by the arrangements in the studio. As well as Holly and Freddie, the pair have been joined across the four shows so far by musician and YouTuber Yung Filly, on hand to share his reactions and give a 'fun fact' or two.

Apart from last night's programme, the trio have also been joined by experts in the different sporting fields, including Denise Lewis OBE and Hollie Arnold MBE. But with no special guests on Thursday, it only made the seating arrangements in the studio more obvious and it left those tuning in making a repeat comment about Holly and Freddie.

@RuthWilsonPR tweeted: "What is it with the seating arrangement on #TheGames? Also, is Holly the only female presenter on ITV these days?" @SaraDatez commented: "Why is Filly @yungfilly1 sitting so far away from Freddie and Holly? . . Does he need to distance himself from crimes against fashion? #TheGames."

@Leelamou asked: "Is it me or does Holly keep trying to sit on Freddie’s lap? #TheGames." But that wasn't all they noticed as Holly and Freddie stuck to staying in the studio after previously travelling to Crystal Palace and the London Aquatics Centre. @stephanie13175 wrote: "Holly and Freddie couldn’t be a***d to travel to the Velodrome. #TheGames."

@hollywillslove tweeted: "Bit weird Holly and Freddie not in attendance at the Velodrome. Why? #TheGames."

Holly WilloughbyFreddie FlintoffYung Filly
Sign up to read this article

Holly Willoughby apologised on live television tonight as she hosted ITV's The Games with Freddie Flintoff. She had been accused…