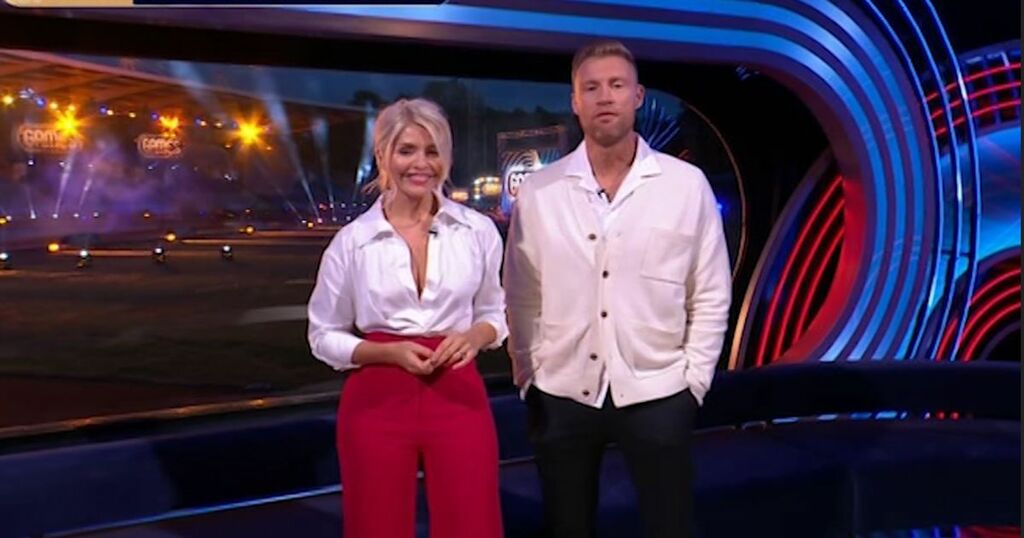 TV presenter Holly Willoughby has come under fire yet again while presenting the ITV series The Games, which ended on Friday night with two winners crowned.

The Manchester Evening News reports that on Thursday's show, viewers were outraged over Holly's outfit saying the show was "about sport, not strippers". Holly is presenting the show where celebrities compete in different sporting events such as diving and hurdles, alongside former cricketer-turned presenter Freddie Flintoff.

Her outfit of a white shirt and red trousers split viewers as some deemed her top to be too low cut. Many fans took to Twitter to air their shock at Holly's outfit, one said: "For heaven's sake @hollywills put your chest away. It's about sport, not strippers! #TheGames"

Another added: "Why does Holly Willoughby have her dumplings boiling out her shirt on this games thing? Is she off clubbing after?".

A third said: "@TheGameTV think @hollywills should do a button up on her shirt. Everything is going to fall out."

And: "Holly Willoughby wearing her shirt like Simon Cowell tonight, open to the waist #TheGames."

Other viewers came to Holly's defence, one saying they thought people were over-reacting. They added: "Her top isn't even that bad?"

This is not the first time Holly has been criticised while presenting the show, as she came under fire for presenting both The Games on ITV and Freeze the Fear on the BBC at the time. The presenter was also criticised for suggesting that hurdle height should be adjusted to the height of the person.

In the Friday night final, viewers were critical of Jermaine Jenas too - saying he 'gets where water can't get'.

Are you watching the ITV series The Games? Let us know in the comments below.