Ben Shephard was quick to pull his co-host Kate Garraway up after she appeared to make a name blunder during the latest episode of Good Morning Britain. The pair were back at the helm of the ITV news programme on Friday (May 13).

Following his appearance on Loose Women, which was rebranded Loose Men on Thursday, Mike Tindall was on hand to chat to Ben and Kate live from his annual charity golf day which raises money for The Cure Parkinson’s Trust and The Matt Hampson Foundation.

But as she introduced him, Kate, 55, appeared to re-name the Queen's grandson-in-law. Ben, 47, laughed as she pronounced the format rugby player's name as "Tingle". The GMB and Tipping Point host joked: "I quite like the fact you called him Mike Tingle there as well."

READ MORE: Deborah James 'blown away' over Damehood as she aims to raise £5m to fight cancer by weekend

Katie then said: "Did I? It's because I get a little tingle when I think of him in his shorts." Trying to smoothly segway her mistake into the chat with Mike, who was waiting to chat to them on the golf course, Kate asked him: "Are you tingling all over? As apparently I called you, I didn't mean to."

He then laughed and said: "Tingle is normally the way I feel on this morning when we speak to each other but I'm actually alright today." After chatting about his charity golf event, Kate and Ben didn't waste time in asking Mike about the Queen. He is married to Zara Tindall, the daughter of Anne, Princess Royal, and Her Majesty's granddaughter.

Discussing the upcoming Platinum Jubilee celebrations, which officially begin on Thursday, June 2, he said he was "looking forward to [them]", adding that he had no specific role to play in the festivities. The father-of-three added: 'I think the Queen is an unbelievable lady...I think people think she's invincible sometimes, but you have to remember she's a 96-year-old at the end of the day."

He added: "She's incredible at what she's done over her lifetime and I can't wait to celebrate that." The ex-sportsman, who won 75 caps for England between 2000 and 2011, also addressed speculation that the Queen's great-grandchildren may make a special appearance ahead of the celebrations to mark the monarch's milestone.

But Mike did not confirm or deny the speculation when GMB host Ben asked about his daughters' role. He said: "I'm not entirely sure how true that is. I don't know what their role is generally. If you know, can you tell me please?'" Ben replied: "We're led to believe all the great-grandkids will be in a coach together at some point, arriving at the Jubilee celebrations."

Mike responded: "I think someone took a photo of something we were doing privately and they've put two and two together and got seven. So I'm not entirely sure it's true, but we'll wait and see." 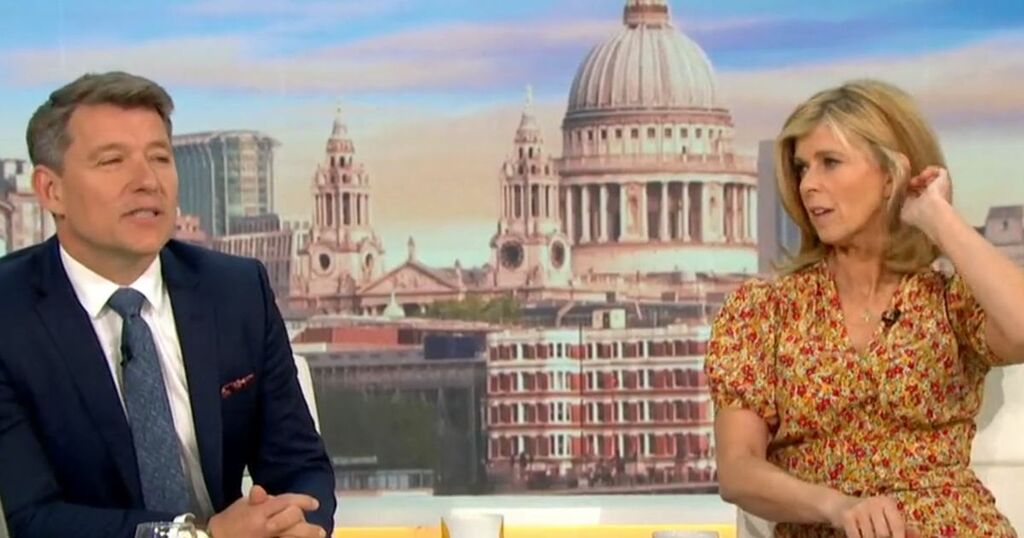