Good Morning Britain viewers couldn't believe what they were hearing as Richard Madeley and Susanna Reid spoke to a woman who makes her dates take an IQ test to find her perfect partner.

Model Candice Kloss, who is also a member of Mensa, appeared on Wednesday's edition (May 11) of the ITV news programme via video link from her home in New York. She told the hosts that she hadn't had anyone fail the test yet and says a score of 110 is acceptable.

Candice, who says she doesn't want to "waste her time" with "idiots", said: "I try to make it fun, like one of my guy friends makes his dates take a personality test, which is kind of fun, like are you introvert or extrovert? So I try and pass it off like that. Taking tests is fun."

READ MORE: Holly Willoughby divides viewers as they make complaint about TV star before she makes a splash

Richard asked Candice how she cuts off dates if they failed to pass. She added: "I feel like you can kind of tell when you first meet someone if they might not pass. I always say they need to get 110 or above, I think that sounds fair."

As he waited for an answer, Susanna made a dig at Richard, telling him that she wouldn't want to go on a date with him if they were the questions he was asking, prompting Richard to reveal the answer. He said: "It's her daughter. She's her daughter, she's going to visit her mum. But how you work that out I do not know."

Susanna then remarked: "To be fair, it looked like Candice was working it out, but we didn't give her enough time." But GMB viewers were left unimpressed by Candice's dating technique.

@Angelacoulter20 tweeted: "You can’t judge someone on their iQ .. try loyalty, commitment, faithfulness, trustworthy, and someone who stands by your side in good or bad times. That’s when you have found a needle in a haystack."

"I'm sure she’s probably a very nice lady but sadly having a high IQ does not make you compassionate. I fear she may be alone for a looooong time," @RBlue67 commented.

"So she always does an IQ test if she's gonna date someone yet hasn't tested current boyfriend. This story is complete trash wtf #GMB," @arpz added. 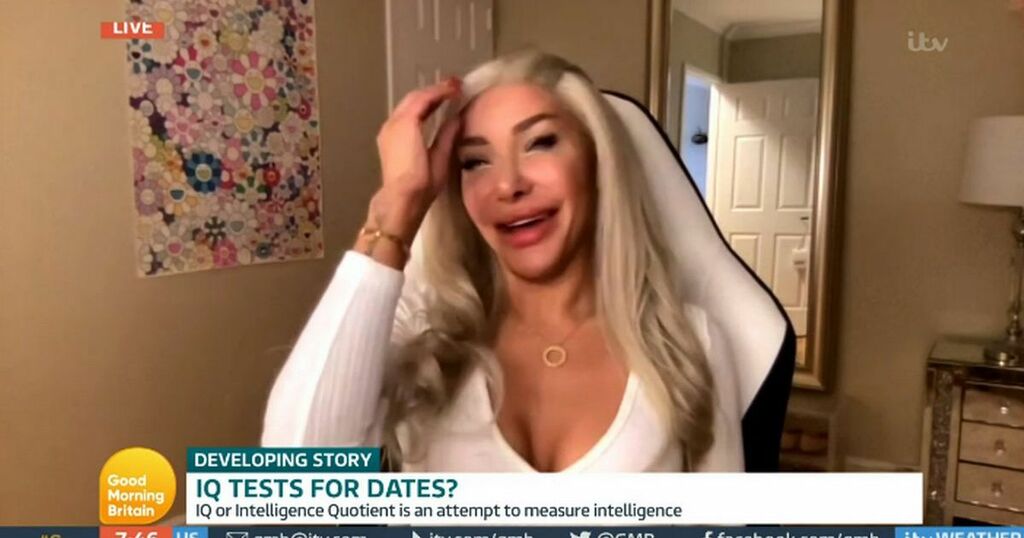