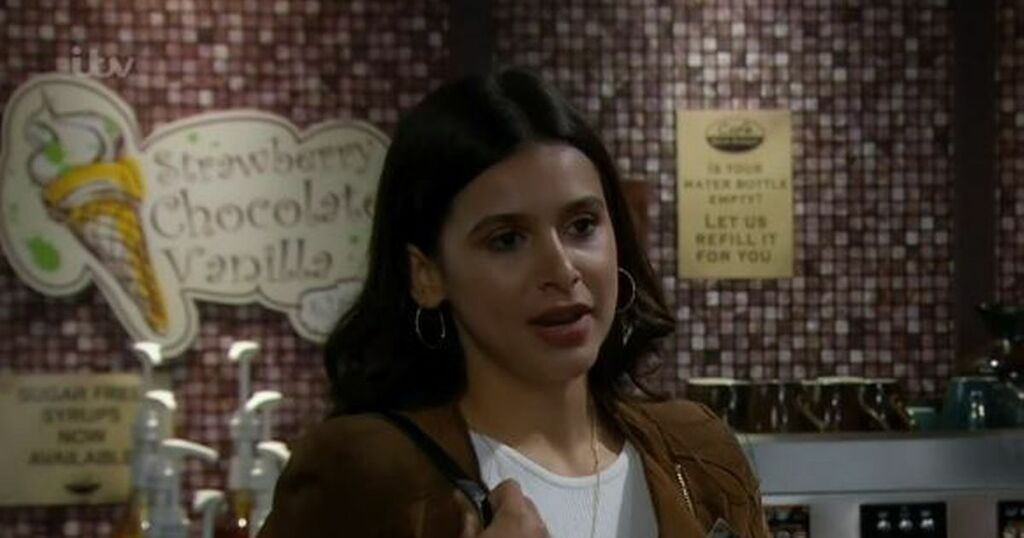 Emmerdale fans were left saying the same thing as Meena Jutla went on a date with Billy Fletcher on tonight's episode.

The long-running soap's resident villain has set her sights on a new love interest after David Metcalfe dumped her for Victoria Sugden.

The character played by Paige Sandhu has targeted her new man after he jumped in to stop her fight with Amy last week.

In Monday's edition, Meena pushed to move things along as she invited Billy out for a drink.

Billy accepted as the villainous Meena spoke about their strong bond over a bottle of wine.

She said: "We have so much in common you and me. It's uncanny."

Billy engaged in a conversation with Meena and spoke about his troubled past as he had previously spent time in prison.

However, fans on Twitter feared for Billy's safety during the conversation and were all demanding he run away from the psychotic character.

Kelly said: "Billy run while you still can."

Another user added: "run Billy. She’s like a praying mantis."

Bobby commented:"Billy needs to run from Meena as fast as his legs can go"

Grianne tweeted: "Run Billy, before it's way too late seriously."

Neil posted : "Meena is such a cow. Someone get rid of her soon. Run Billy, you don't deserve that psychopath!"

Nadine added: "Billy run from Meena , and don’t look back lad. That women is deadly"