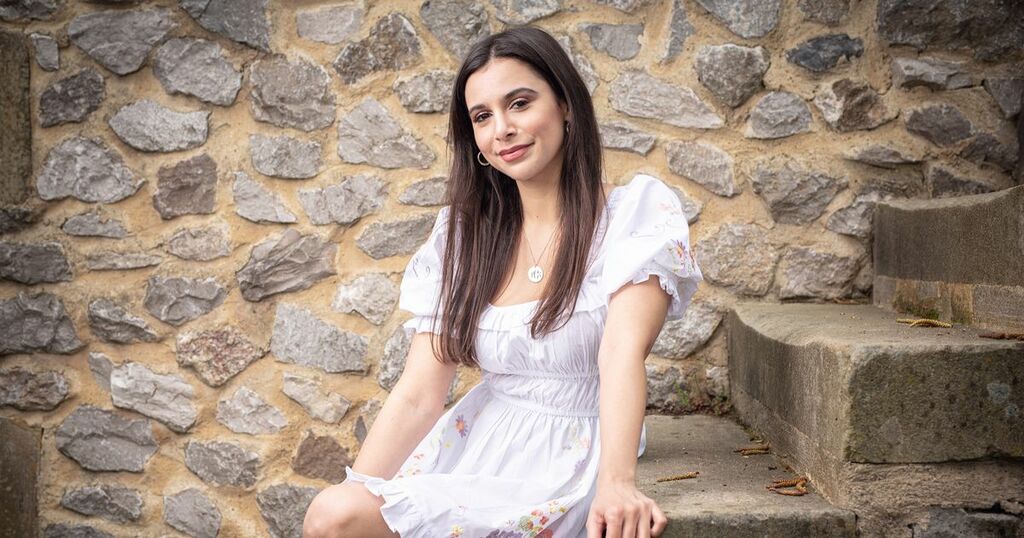 Emmerdale Meena Jutla's reign of terror is about to come to an end.

Paige Sandhu joined the cast of the long-running soap as Manpreet Sharma's estranged sister back in September 2020.

However, the storyline took a chilling twist last summer when the evil nurse was revealed to be a deranged serial killer.

Meena has claimed the lives of Leanna Cavanagh, Andrea Tate and Ben Tucker - and she also murdered her friend Nadine before she arrived in the Yorkshire Village.

Viewers have been gripped by the sinister plot ever since Meena's dark intentions were revealed and have eagerly predicted when she will get her comeuppance.

Fans are convinced the resident villain's downfall is finally upon her as Meena's web of lies appear to be catching up with her.

Manpreet and Vinny Dingle are now aware of her murderous past - and Liam Cavanagh is also starting to get suspicious of her behaviour.

Paige Sandhu has also confirmed she will soon be leaving the soap and will miss playing the character when she eventually bids farewell to the Yorkshire Dales.

She told Inside Soap : "I think Meena’s hilarious, she’s got so much charisma, she’s so strange and odd. She’s so much fun to play. Going to those dark places is really fulfilling but then there’s that slightly comedic edge.

"I love her flamboyant nature. I’ll miss everything about her."

The soap star has extensively researched the mindset of a psychopath for her role and said she was heavily inspired by Scouse superstar Jodie Comer's performance in Killing Eve.

She told Christine Bleakley on Lorraine last summer: "There's a lot of similarities with Meena and Villanelle. She was a massive inspiration.

"She's a psychopath so she can't feel emotions the way your average human being can."

Paige's only TV work before she arrived on Emmerdale was an appearance in BBC's Doctors and an episode of ITV drama Endeavour.

The soap star has opened up on how she battled anxiety for three years as she struggled to find work after leaving drama school.

She told the Mirror : "When I left drama school I was a very anxious person. I wasn’t getting any jobs and I was struggling.

“The anxiety took the form of insomnia. Life was hard and a struggle"

She added: “I read a couple of books on it and found it really helpful.

“I’d tap on the train or bus on the way to auditions. People would give me the weirdest looks.”

Paige is now preparing for life after Emmerdale and she described the past year on the soap as the best of her life.

Receive newsletters with the biggest and breaking TV and showbiz news by signing up here.