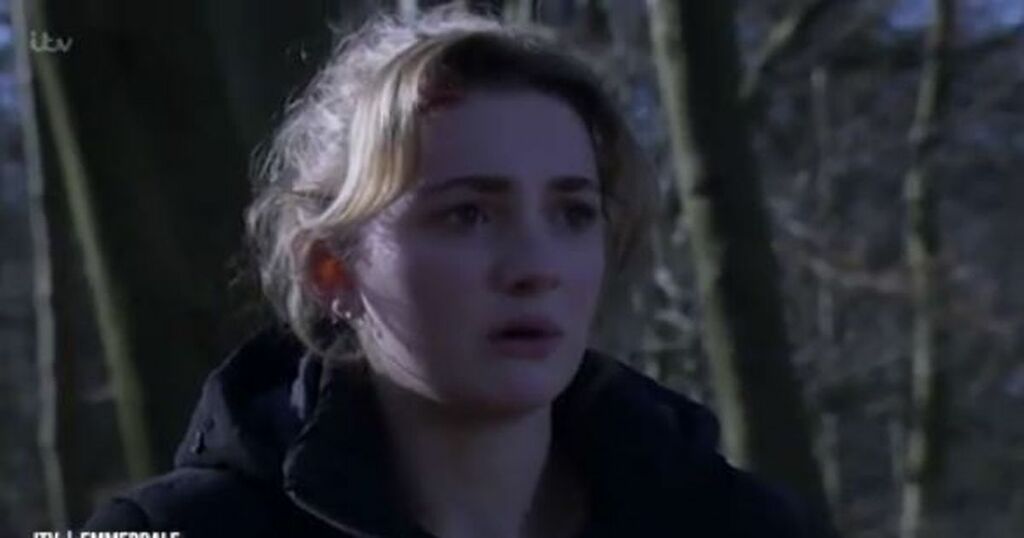 Liverpool Echo
Who has Gabby shot in Emmerdale? Fans convinced they know who she pulled the trigger on

Emmerdale fans think they know who Gabby Thomas seemingly shot despite being left with many questions over the scenes. It's a big week in the ITV soap as viewers are shown a series of flash-forwards before eventually finding out what happens to some of the village's residents.

For a couple of weeks now Gabby, played by Rosie Bentham, has been convinced that her ex and the father of her son, Thomas, is alive and actually faked his own death earlier this year. But not only that, she thinks he's looming large and wanting to take their son.

It started last month when Jamie's daughter Millie finally returned to Home Farm for her half-brother's christening. Fans, who know Jamie is alive and faked his own death to get back at his mum Kim Tate, were left feeling 'uncomfortable' when the youngster was forced to lie and not talk about her dad.

However, Millie ended up spilling the secret about her dad when she delivered a message to baby Thomas while thinking she was alone. She said: "I've got secrets about our daddy. Do you understand what I'm saying, Thomas? But you're not allowed to tell anybody. It's a secret message from our daddy. He told me to say he loves you and is going to do everything he can to see you soon."

Gabby confided in Dawn Fletcher, also Jamie's ex, and the pair went to Jamie's mum Hazel's home to find it empty but her fears have been heightened after Billy and Will Taylor installed cameras and captured someone walking around the grounds.

And this week, Gabby has been left home alone up at Home Farm and worried about Jamie being back from the ‘dead’, she has found herself in a rather perilous situation. Emmerdale fans saw on Wednesday night (May 11) that the mum-of-one has grabbed a shotgun and headed into the woods, shouting to Jamie that she knows 'he's there'.

But just as she yelled: "I will shoot you," she was spooked, spun around and appeared to accidentally fire the gun with the force pushing her to the floor. At the end of the episode, Gabby woke up disorientated with blood on her head.

She then gazed around the woods where she spotted what appeared to be a lifeless body on the floor behind a tree, assuming they had been hit by her gunshot. But instead of getting a closer look, she ran away terrified over what she had done.

While Gabby may be convinced it is Jamie, Emmerdale fans think it is someone else entirely. @AnxiousJannie_ tweeted: "I think Gabby definitely shot Will #emmerdale." @ifeelflames echoed: "Soooo presumably Gabby shot Will? It’s most likely him or Billy, and Billy already has a storyline going on, so hard cheese Will #Emmerdale."

@MackBoydLove wrote: "Gabby's shot Will, I think.... It's not going to be Jamie cause it's being made far too obvious. #Emmerdale." @mikepriestley13 commented: "I have a horrible feeling the person gabby has shot is will.. isn’t malone buried there? Reports @Deanoandrews could be returning for life on Mars reboot #Emmerdale."

Meanwhile, other viewers just had a lot of questions about the scenes. @ChrisHydeCoope1 tweeted: "Where did Gabby get that gun from? Who taught her to use it? Why wander alone through woods? Why just leave a body and run off?? #Emmerdale."

"Why would Gabby think that it’s a good idea to go into the woods? #Emmerdale," @WiniBoansi asked as @lindadillon17commented: "Oh dear god have the producers finally lost the plot what the hell is Gaby doing walking the woods with a gun pathetic #emmerdale."

Liverpool Echo
Who has Gabby shot in Emmerdale? Fans convinced they know who she pulled the trigger on