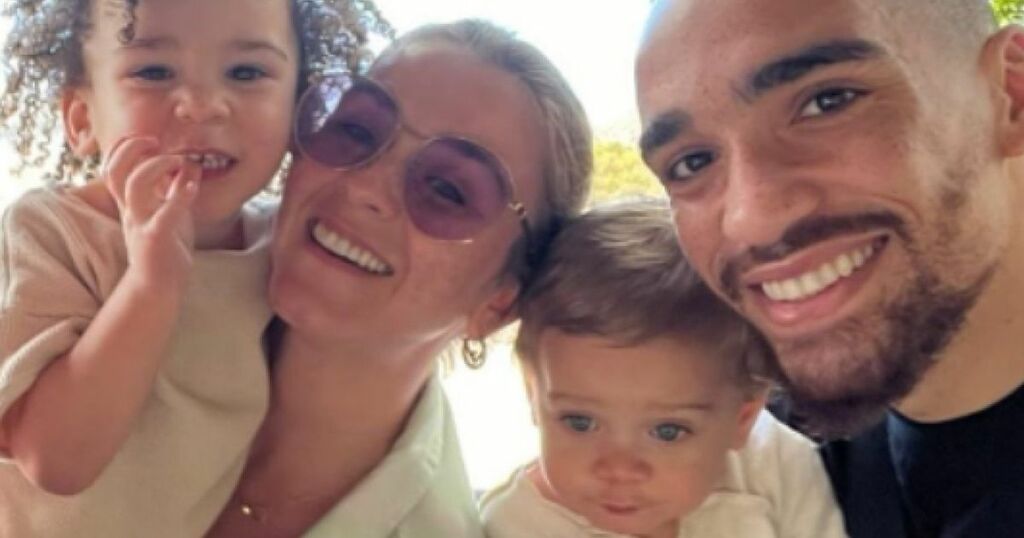 Corrie's Brooke Vincent gushes over 'husband-to-be' ahead of turning 30 after criticising him during getaway
The actress, known for playing Sophie Webster in the ITV soap, has been sharing some envy-worthy snaps

They clearly got the memo as three of Coronation Street's young stars rocked up to the red carpet in similar outfits. Elle Mulvaney, Harriet Bibby, and Tanisha Gorey proved great minds think alike as they donned varying pastel blue outfits.

The trio were out in Manchester at The National Lottery's Big Jubilee Street Party which took place at the AO Arena to celebrate the organisations that have been awarded grants for making a huge difference to communities across the UK. The star-studded event, which was hosted by Jason Manford and Fleur East, will be aired on ITV and STV in the coming weeks.

The soap stars posed on the red carpet with Elle taking to Instagram to share more snaps from their evening out. "Thank you for a great night @tnluk #jubileestreetparty," she wrote with a blue heart emoji alongside the string of photos to her thousands of followers.

The first photo showed the group posing on the red carpet in a variety of looks. Shelly, who plays Yazmeen Metcalfe in the ITV soap, wore a checked pair of trousers and a matching blazer over a black top while Gemma Winter actress Dolly Rose also followed a checked theme with a patchwork-inspired dress with a belt around the waist and paired with a pair of chunky black boots.

Mollie, who is best known to fans of the ITV soap as Nina Lucas, brought a dash of animal print with a figure-hugging leopard print dress which she also paired with chunky boots and her striking black and blonde locks tied into a half-up, half-down style. Meanwhile, Andy, aka soap icon Kirk Sutherland, went smart-casual with a blue long-sleeved shirt and navy denim jeans.

But as already mentioned, Elle, Harriet, and Tanisha all opted for pastel blue numbers in frilled and mini styles which they all paired with white heels. And the girls themselves poked fun at their matching looks.

Posing backstage, the soap trio stood next to Mollie who pulled a face with her hand pointing towards her co-stars. Sharing the same photo to her Instagram Story, the teen joked: "'As if you're all in blue.'"

And the compliments came flooding in for the group. Corrie's Alya Nazir actress Sair Khan said: "GORGEOUS PICS!!" while Kimberly Hart-Simpson, who returned to the cobbles earlier this year as Nicky Wheatley, simply posted a string of rea heart emojis.

Corrie's Brooke Vincent gushes over 'husband-to-be' ahead of turning 30 after criticising him during getaway
The actress, known for playing Sophie Webster in the ITV soap, has been sharing some envy-worthy snaps