Tina O'Brien has been flooded with compliments after putting on a leggy display during a night in Manchester. The Coronation Street actress was out on Thursday night (September 22) showing her support at the Football For Change Gala 2022.

Liverpool and England defender Jamie Carragher was also the man of the moment after pulling together the all-star line-up for the event, which featured performances from Noel Gallagher and Mel C, to raise money for projects up and down the country through Football for Change.

And Tina stood out for all the right reasons as she looked incredible in a barbie pink gown. The floor-length, hatler neck dress featured a daring thigh-high split which flashed a glimpse of the 38-year-old's tanned and toned pins which she was happy to show off for the camera.

Tina, who is best known for playing Sarah Platt on the cobbles, styled her blonde locks in a half up half down style and completed the look with a selection of gold jewellery as well as a sparkly clutch bag and matching heels.

After posing solo on the blue carpet, Tina was joined by her hubby Adam Crofts. The couple, who married on New Years Eve 2018 at the uber-luxurious King Street Townhouse in Manchester, cosied up as they smiled for the waiting cameras. And Adam cut a dapper figure in a black suit and tie with a crisp white shirt.

Later, after heading home, Tina posted a string of images from her night on Instagram. " Out-out @ftblforchange @renekcouture @adamcroft," she typed alongside the post. She then added: "Thanks for the whisky @davidbeckham," after sharing a photo of a bottle of the alcoholic drink on the table with a note which read: "With compliments of David Beckham."

The first images, however, showed Tina getting creative with her posing at home before heading out into Trafford. Sat on her large bed, the soap star's stunning gown draped around her as she pulled up her toned pins before turning her head away from the camera.

And fans were also heaping on the compliments. @louheffo1 said: "Just WOW. You are so beautiful." @mamaksclan wrote: "Always looking so beautiful! You never seem to age either!"@gouldberg85 gushed: "You look utterly sensational." @tant.jordan commented: "You looks like a goddess in the first pic, dress looks good on you."

@tinaob83_fanpage posted: "Look amazing Tina you are one of the best people." @mollykinss shared: "You look amazing I love this dress!!" @kerrywright2120 typed: "Stunning, you never age.. always look fab." @abigailwhitton added: "Wow you def were stealing the show." 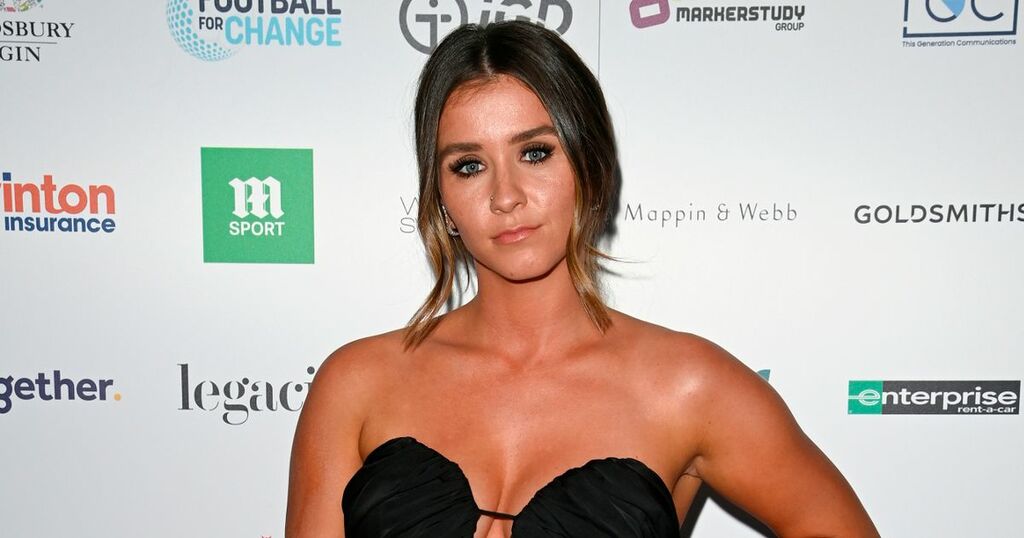 Manchester Evening News
From analysis to the latest developments in health, read the most diverse news in one place.
ITV Corrie's Millie Gibson cuddles up to Mikey North before revealing big trip plans in glam This Morning appearance