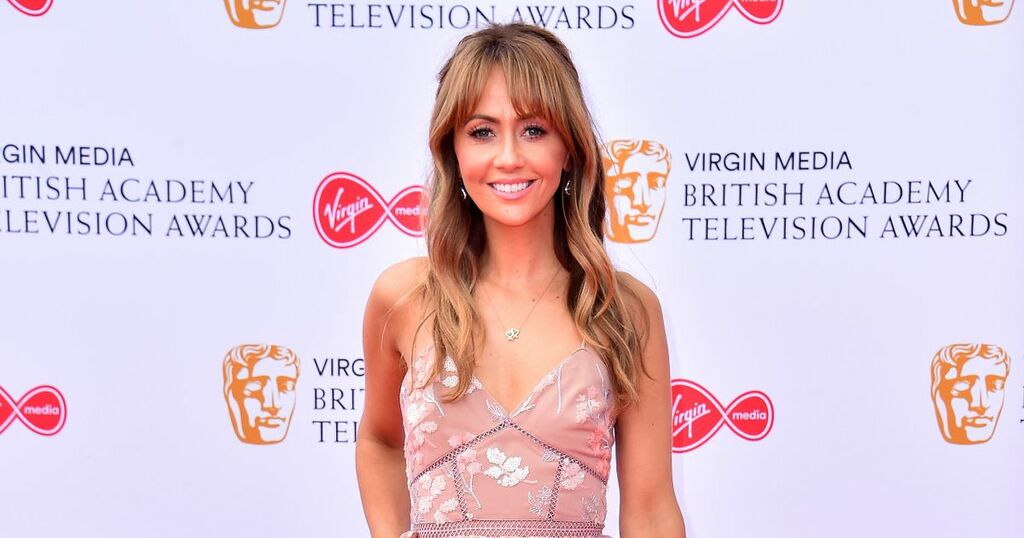 Samia Longchambon enjoyed a mini-reunion on the latest celebrity edition of Beat the Chasers.

The actress, best known for playing Maria Windass, formerly Connor and Sutherland, for more than 20 years appeared on the ITV quiz show on Tuesday night.

She was reunited with host Bradley Walsh years after the pair appeared in the Weatherfield soap together, when presenter and actor Bradley played Danny Baldwin.

Samia has starred in Corrie since 2000, after beating Girls Aloud's Kimberley Walsh and Hear'Say star Suzanne Shaw to land the role.

In the 22 years - to date - she has been on-screen as Maria, Samia hasn't been short of dramatic storylines.

There have also been plenty of failed relationships for Maria, including with Tyrone Dobbs, Jason Grimshaw, and Luke Britton.

But also heartbreaking scenes when she delivered a stillborn baby boy, the son of Liam Connor, and when Liam was later killed in a hit-and-run organised by Tony Gordon.

More recently, the sassy hairstylist turned eco-warrior over plans for a new bypass that would increase traffic and pollution in Manchester.

Samia has only taken two longer breaks from the soap, in late-2009 and in 2015, both on maternity leave.

Away from the cobbles, Samia's life is a lot different to that of the character she has embodied for more than two decades - from a misdiagnosed health battle to a co-star split and finding love on Dancing On Ice.

Samia married Matt Smith, a property developer, at St Philip's Church in Alderley Edge, Cheshire in 2005 after a seven-month engagement.

Then in October 2009, she gave birth to their daughter, Freya.

Less than two years later, Samia and her husband announced that they had mutually decided to separate after six years of marriage.

Samia later started a relationship with co-star Will Thorp, who played bad boy Chris Gray on the Salford-based soap.

However, the couple split in December 2012.

In early 2013 she was one of the celebs who took part in Dancing on Ice.

And this is where she found love with professional ice skater Sylvain Longchambon who she had been partnered up with during the 2013 series.

The couple got engaged after three years and two months later, Samia revealed she was pregnant.

Samia gave birth to their first child together, son Yves, in 2015 and the couple married in 2016 at Delamere Manor in Cuddington, Cheshire.

And Samia and Sylvian are more loved-up than ever with the Corrie actress regularly sharing selfies with her French husband as well as family snaps with Freya and Yves.

As well as being a soap star, Samia has spent years working on a second career.

In 2018 she revealed she was studying to be a qualified reflexologist in a bid to learn about alleviating stress and treating illness.

Then in June 2021, Samia was applauded by her co-stars and fans as she revealed her latest personal achievement.

The 39-year-old revealed that after eight months of studying, she had received a diploma in CBT (Cognitive Behavioural Therapy).

Samia has previously opened up about her own anxiety battle and regularly shares with her followers if she may be having a bad day.

Speaking on Loose Women last year, the Eccles-born actress revealed that she found herself receiving an asthma diagnosis as a child when she was actually suffering from crippling anxiety.

"Everyone who knows me has always known I'm quite an anxious person," she said on the ITV show in August.

"I'm known for being a bit of a worrier and being really cautious with everything.

"I've had anxiety since I was a child and when I was a child, my mum took me to the doctors and the doctor first diagnosed asthma because I couldn't get a deep breath.

"So they ended up giving me inhalers when I was about 11 thinking that it was asthma but it wasn't, it was anxiety."