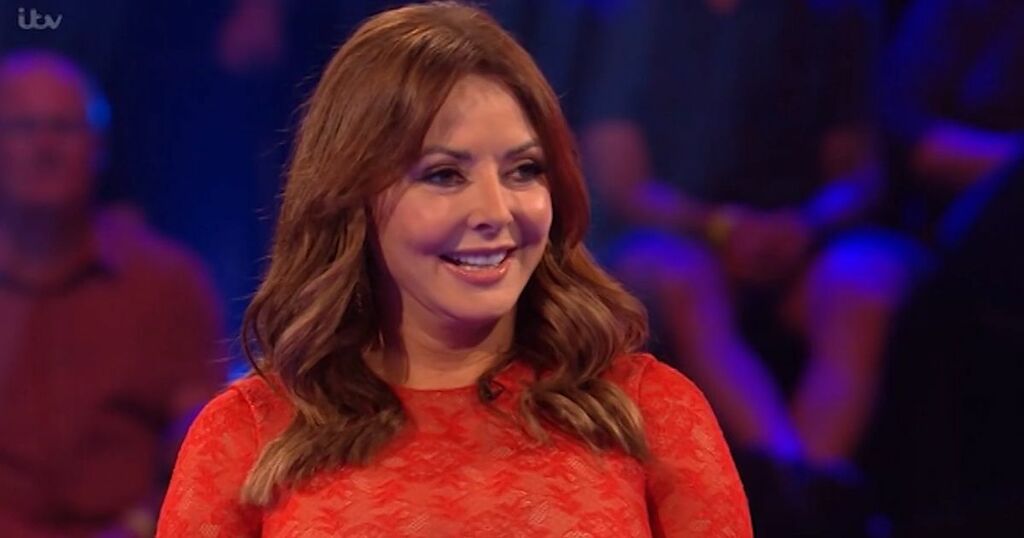 Carol Vorderman had Beat The Chasers' viewers distracted as she attempted to get the better some of the country's brightest quiz brains.

The TV presenter joined host Bradley Walsh on Tuesday night for another celebrity special of the ITV quiz show.

Carol got off to a good start, getting five out of six questions correct, before opting to take on three of the Chasers in a bid to walk away with £20,000.

The former Countdown was flying through and had a significant advantage on the quizzers - with her having 30 seconds left to their six seconds at one point.

But it is then the wheels began to come off and a series of passes left her panicking.

And soon, the time had whittled away and Carol missed out on the cash with just two seconds to spare.

Carol, however, didn't walk away empty-handed as she was still given £1,000 for her chosen charity, The Cleft Lip and Palate Association.

Despite the drama, fans couldn't help but be distracted by Carol's ageless appearance on the show.

@MissLionHeart tweeted: "Carol Vorderman - 61 years old with the body with someone half that age #BeatTheChasers."

The 61-year-old rocked a striking red lace dress for her latest TV appearance - showing off her incredible hourglass figure.

And she was quickly getting some famous comparisons.

@186FleetStreet added: "Disappointing to see that Jessica Rabbit missed out on beating the Chasers by just 2 seconds this evening… #BeatTheChasers."

But there was shock online as Mark 'The Beast' Labbett tweeted along with the show and shared: "I don’t know what is more impressive about @carolvorders , her intellect or her more tangible assets #superstar #BeatTheChasers."