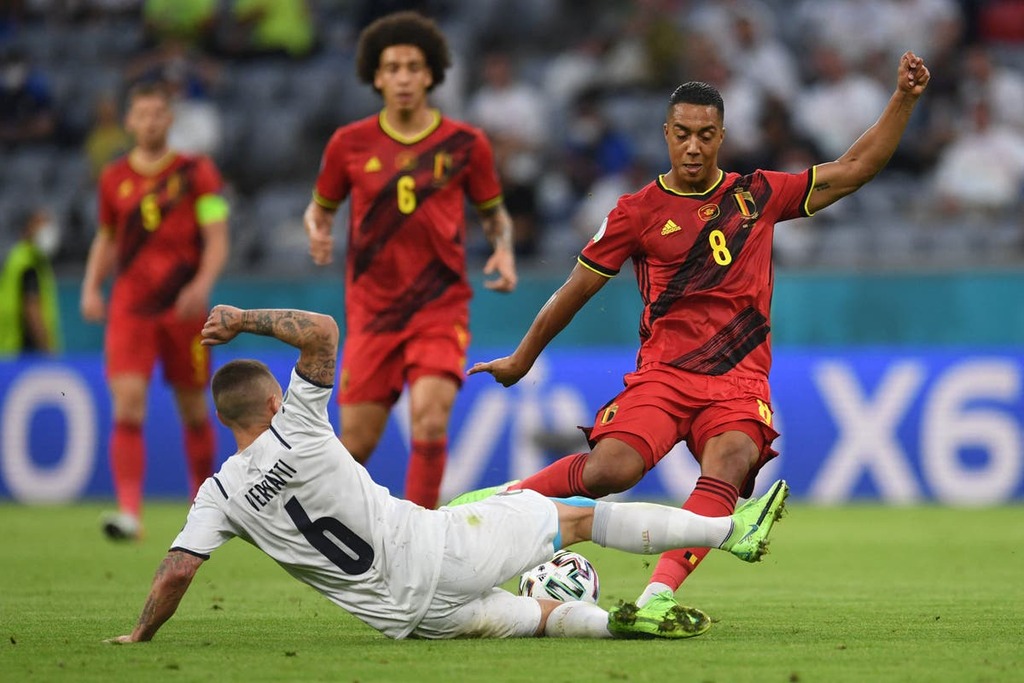 The Italians were beaten on home soil by Spain earlier this week, after losing stalwart Leonardo Bonucci to an early red card. Belgium, on the other hand, started very strongly against France and led by two goals at half-time, before capitulating after the break and losing 3-2 in stoppage-time.

These two sides met in Munich during the summer’s EURO 2020 tournament, with the Italians victorious on their way to beating England in the final. Nicolo Barella and Lorenzo Insigne scored for Roberto Mancini’s side, with Romelu Lukaku’s penalty not enough to rescue the Belgians.

The match kicks off at 14:00 BST on Sunday 10 October, taking place at the Juventus Stadium in Turin, Italy.

What TV channel is it on?

Italy v Belgium will be broadcast live on Sky Sports Football in the UK.

Leonardo Bonucci misses out for Italy having been off during the first-half of the defeat to Spain, while Mancini has recently employed Federico Bernardeschi as a false nine up-front having seemingly lost faith in Ciro Immobile or Andrea Belotti to lead the line.

Belgium seem certain to start with a fearsome attack of Romelu Lukaku, Kevin de Bruyne and Eden Hazard, meanwhile, as they stick to the 3-4-3 shape which Roberto Martinez has preferred in recent months.

Italy proved themselves to be the better side just a few months ago, and with home advantage here, should be victorious again. 2-1 to the Italians.