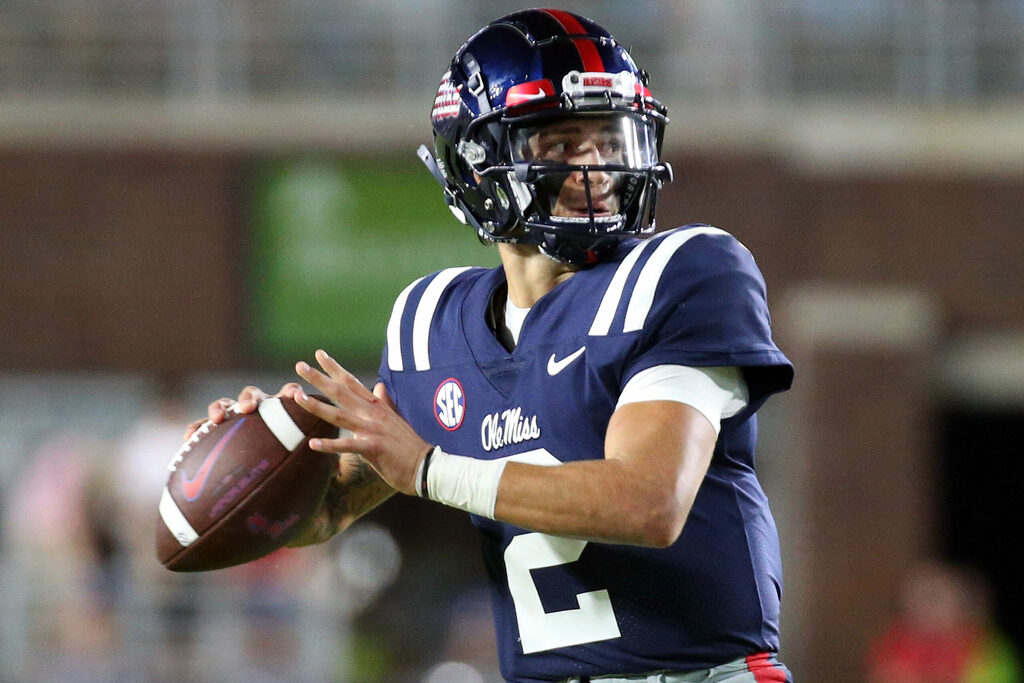 Yes, the Chicago Bears drafted Justin Fields in the 2021 NFL draft and have their quarterback of the future – but they still should draft a quarterback in next year’s draft. Not in the early rounds, but one of the second-tier quarterbacks that will be late-round picks.

When general manager Ryan Pace took over the team, he talked about drafting a quarterback each year until they have their franchise quarterback. The Bears haven’t re-signed a starting quarterback since Jay Cutler in 2014. It’s been one and done with the starters since then — from Mitch Trubisky to Mike Glennon, and likely Andy Dalton. Pace has only been in Chicago since 2015, but he’s yet to follow through with his promise to draft a quarterback each season. Heck, he’s yet to re-sign a quarterback.

Why draft a quarterback late? Two reasons – you have a backup for Fields for a few seasons, and potentially a star who, if he pans out, could be traded for a higher draft pick than where he was selected. A return on their investment, if traded.

Another reason to draft a quarterback now is to have him learn the system and be ready if Fields gets hurt or things don’t work out. He likely will be good, but there’s no ‘for-sure thing’ in football with quarterback prospects.

The perfect quarterback in this situation would be Matt Corral out of Ole Miss. Unless he has a crazy jump, as Zach Wilson did, he’ll be drafted anywhere from the second to the fourth round. If he falls, the Bears should consider picking him.

Chicago doesn’t have a fourth-round pick, and there is no reason to trade up for a quarterback. What if they traded down or ended up with an additional pick that was in the third or fourth round? Why not take a swing at a quarterback? It can even be later in the draft, it doesn’t have to be Corral.

It just has to be a quarterback who can sit on the bench behind Fields and learn the offense. It’s a perfect situation, and other teams will see what he can do in preseason. If they draft a quarterback and he looks like he has the potential to be a starter in this league, it can turn into a Jimmy Garoppolo situation, where the Bears get a second-round pick for their backup.

Lastly, look at Washington a few years back. They drafted Robert Griffin III and Kirk Cousins. Cousins ended up as the starter and found success. Having another young quarterback sit and learn the offense is key.

If Pace and Nagy are here long enough to develop multiple quarterbacks, it’ll work. If they’re not, hopefully, the next group will understand the importance of having a young quarterback waiting in the wings to be ready if needed.