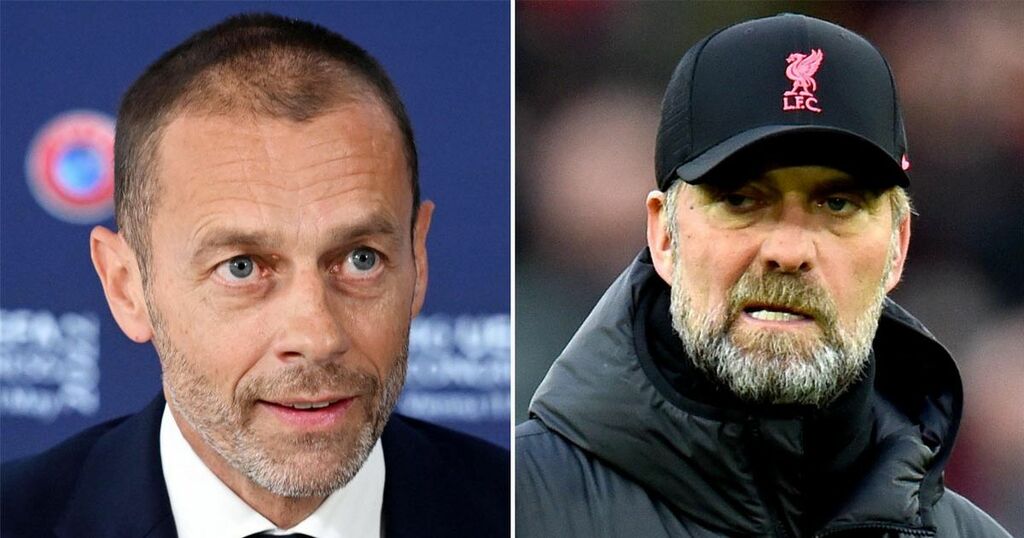 There are 75,000 tickets available for the Paris showpiece but each club has received just 19,618

UEFA have revised their plans for Champions League reform from 2024, according to reports

Sports Illustrated
From analysis to good news, read the world’s best news in one place
De Vries to run in FP1 for Williams in Spanish GP

Klopp was last week critical of the number of tickets handed to the Reds and fellow finalists Real Madrid, with the pair each receiving 20,000 for the final on May 28 in Paris at the Stade de France, which has a capacity of 75,000 for the match.

Liverpool supporters' union the Spirit of Shankly wrote an open letter to Ceferin urging a rethink of the allocation and pricing structure, with more than half of tickets available for Reds fans costing more than £125.

The UEFA president has now explained the detail behind the ticket situation. And while Ceferin didn't mention Klopp by name, it is understood the pair have each other's telephone number and have spoken on previous occasions.

"I explained the same thing to one of the coaches of the two (finalist) teams a couple of days ago and I can do it here," he said. "I explained it to him a bit more and took much more time because I went through every single number.

"It's the system that works, and clubs couldn't function differently. For us, not much will change if all the tickets will be 10 euros, but it will change a lot for the clubs. A lot."

There are 75,000 tickets available for the Paris showpiece but each club has received just 19,618

UEFA have revised their plans for Champions League reform from 2024, according to reports