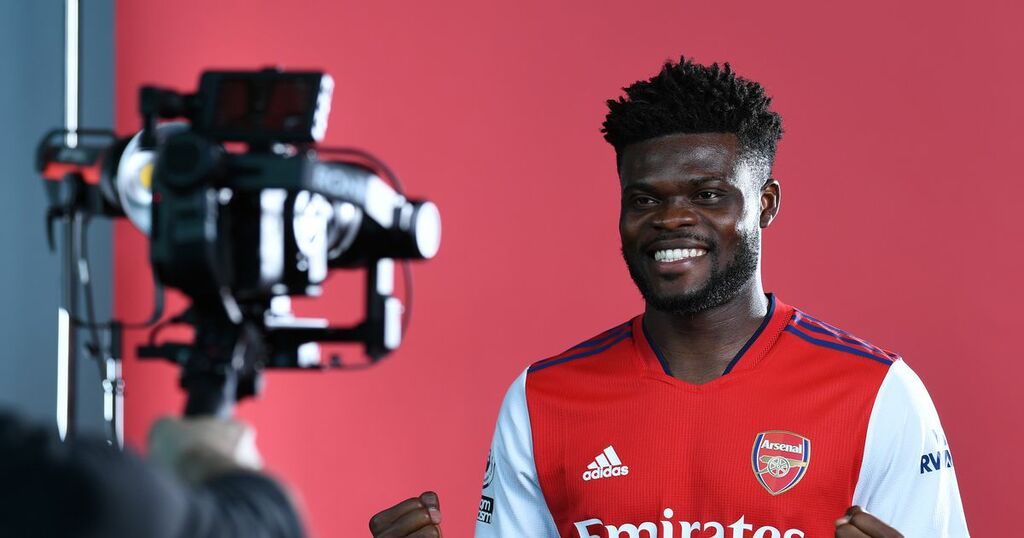 Arsenal fans reckon that Thomas Partey could make a surprising start in Saturday afternoon's 'must win' Premier League encounter against Norwich City after an Instagram hint.

Partey, 28, has been absent from the start of the new 2021/22 campaign so far due to an ankle injury ligament injury that he sustained against Chelsea in pre-season.

That specific injury was compounded onto numerous others which have so far halted the Ghanaian midfielder from really making the desired impact that both Mikel Arteta and Edu expected from him when they signed Partey in the summer transfer window of 2020 for £50million.

football.london have already reported that Partey was expected to be back in action after the international break as he looks to be named in the squad for the game on September 11.

This is because Partey himself has put up on his Instagram story a post with big graphics in the background reading the three words Arsenal fans have been craving - 'I am back'.

Here's how a selection of Gunners fans reacted to this specific team news update ahead of the big game at 3 pm.

@69Mainman has made one request: '5 games without injury is all I ask.'

@afc_fanzone reckons: 'Starting on the bench.'

@WizSkerrick hopes the midfielder is now back for good: 'I hope he stays around much longer time .... This injury of his ain't helping.'

@Fanatical_1 gave his three word verdict on this piece of news: 'Its Partey time.'

It is unknown yet whether the £50m man will be a nailed on starter come 2 pm when the team news comes out but one thing that is for certain is the manager's intentions for making the African born player a vital part of his midfield.

He explained in his pre-match press conference on Thursday: “He’s been missed for the last year or so because he missed almost six months of competition last year, which is a lot.

“He also came very late in the transfer window [last year]. It’s a player that has to be one of the leaders, he has to be the boss in midfield and one of the senior players that has to carry responsibility and lead the young players. We have been missing that big time.

“He’s a player that has that winning culture because he has won a lot in the game already. To have this kind of players in the team is extremely important. He has a huge role to play in the team.”

Follow along with the match live blog for the Arsenal versus Norwich bottom of the table clash to see whether or not Partey features in some capacity.