'It's like prison,' says Czech tennis player detained with Djokovic 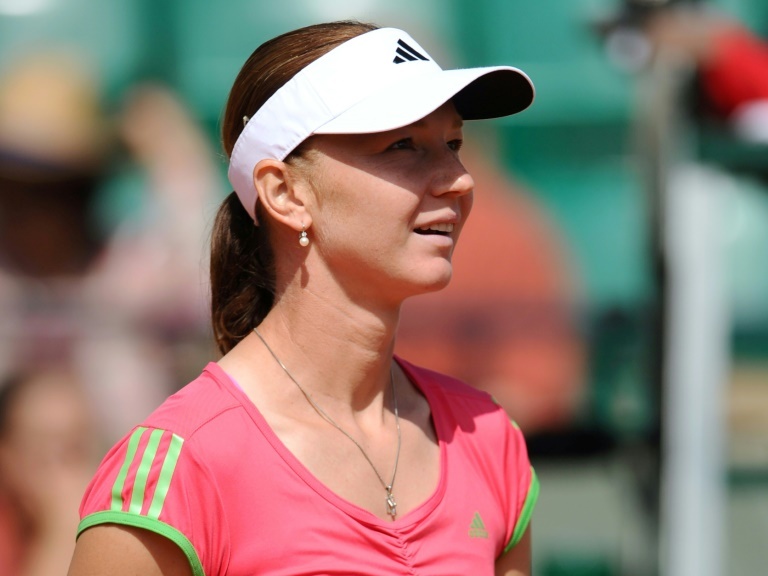 Prague (AFP) - Czech tennis player Renata Voracova, placed in the same Melbourne detention centre as  Novak Djokovic after both had their Australian visas revoked, said Friday her stay felt like "being in prison".

Voracova entered Australia on an exemption from the country's tight pandemic regulations, just like Djokovic, but both ended up in detention after authorities changed their minds.

"I'm in a room and I can't go anywhere," the 38-year-old Voracova, ranked 81st in doubles, told the Czech dailies DNES and Sport.

"My window is shut tight, I can't open it five centimetres (two inches).

"And there are guards everywhere, even under the window, which is quite funny.Maybe they thought I would jump and run away," added Voracova, labelling the hotel as "a better dormitory".

"They bring me food and there's a guard in the corridor.You have to report, everything is rationed.I feel a bit like in prison."

Unvaccinated against Covid-19, Voracova was allowed to enter on an exemption after recovering from the disease late last year.

"The federal officials let me in immediately.I was held at the Victoria state checkpoint as they sent my papers somewhere, but then they confirmed I was free to enter without problems."

She even managed a doubles match at the Melbourne WTA event in the run-up to the Australian Open starting on January 17.

On Thursday, local authorities revoked her visa, interrogated her for several hours and sent her into quarantine at the Park Hotel in Melbourne.

"It felt like in an action movie and it wasn't pleasant at all," said Voracova, who has won 11 WTA doubles titles during her career.

Unlike the vaccine-wary world number one Djokovic, who is awaiting a court verdict on his options to clinch a record 21st Grand Slam title, Voracova is planning to go back home.

"I would have to ask for another visa and wait for a week, locked up in a hotel, without training...it doesn't make sense," she said.

"So I'm waiting for a permit (to leave), on Saturday perhaps."

Voracova said she may have ended up in detention because of the attention paid to Djokovic.

"I don't understand why they would come to me after a week and say, look, the rules that applied do not apply anymore."

But she had no hard feelings toward the Serbian star.

"I would like them to let him play.We are athletes, we have come here to play tennis and not to deal with disputes behind the scenes," Voracova said.

She also praised Djokovic's fans who support their hero in the street outside.

"They sing, they chant.They have even chanted my name.There are crowds of fans.I guess they work shifts."