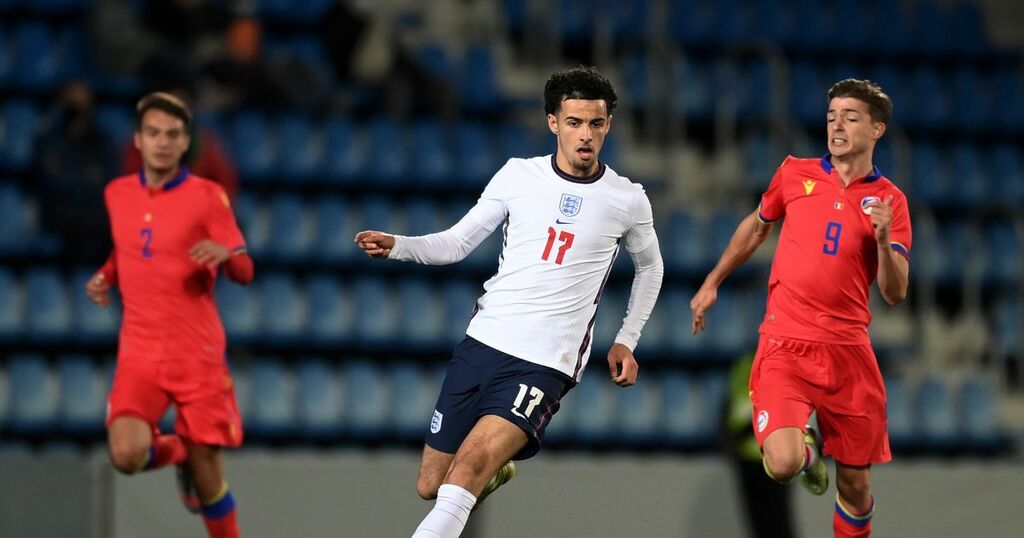 Curtis Jones made an instant impact on his return to the England Under-21 team on Monday night.

The last time the Liverpool midfielder played for the young Three Lions was back in March, when he was sent off against Croatia at the European Under-21 Championships.

A combination of a suspension, match cancellations and injury niggles have prevented Jones from getting another outing for the team since, although he was back on the bench for Lee Carsley's side against Andorra.

Jones was introduced as a substitute after former Liverpool tyro Rhian Brewster was sent off and within five minutes he had set off on a trademark surging run from deep.

The 20-year-old was then able to measure a perfect pass into Emile Smith Rowe, who put England ahead.

Given there were some concerns about Jones' fitness ahead of Liverpool 's clash with Watford this weekend, Reds fans were delighted to see the academy graduate looking in such good shape.

On social media they made as much clear, with plenty pointing to the newfound productivity Jones has added to his game:

Jones scored for the Reds in their 3-3 draw at Brentford and then capped a fantastic performance away at Porto with two assists in a 5-1 win.

The England youth international also registered an assist for Mohamed Salah's goal against Manchester City, although the Egyptian did have plenty to do before slotting past Ederson in the 2-2 draw.

With doubts over the fitness of Thiago Alcantara and James Milner potentially covering at right-back in the absence of Trent Alexander-Arnold this weekend, manager Jurgen Klopp will be delighted to see Jones seemingly shake off any injury concerns before the clash with Claudio Ranieri's Hornets.