“It’s going to take a lot more than that to tackle dangerous overcrowding.” Hospital staff say even a ‘firebreak lockdown’ won't get NHS out of trouble this winter 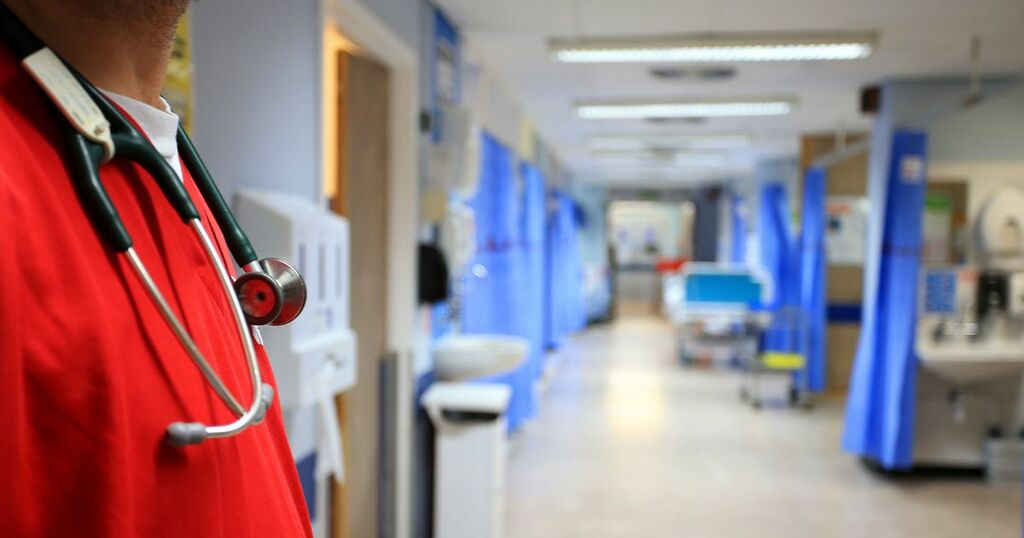 As a summer of freedom draws to a close, Covid hospitalisations rise and yet another virus variant rears its head, there’s been talk of a ‘firebreak lockdown’ to ease pressure on the NHS.

According to experts on the Government’s Scientific Advisory Group for Emergencies (Sage), the UK is about to enter ‘an extended peak’ of infections and hospitalisations - which have the potential to push the already-struggling NHS into dangerous territory.

While the vaccination programme has been successful in reducing deaths, the lifting of restrictions in July has led to a spike in Covid hospitalisations in Greater Manchester, amid warnings from clinicians that the hospital trusts and ambulance service are struggling under unprecedented pressure.

In the week of September 6, there were 154 hospital admissions of covid-positive patients, while 58 patients were in intensive care beds.

Across Greater Manchester, 325 beds had Covid patients in them.

Although a full lockdown of the ilk seen in previous waves is highly unlikely, one possible scenario which has been reported - although denied by the Department for Education - is a 'firebreak lockdown' which could see an extension of the October half-term into early November.

Also reported as a possibility are measures like travel restrictions, mask-wearing, social distancing and limits on gatherings.

For families across Greater Manchester who have arguably endured the toughest restrictions in the country over the last 18 months, such a backward step might be hard to swallow - and potentially very challenging to enforce.

It would also likely send a shiver down the spines of business leaders who had hoped health secretary Sajid Javid’s promise of an ‘irreversible’ end to lockdown number three in July would stand the test of time.

With 53 cases recorded so far, the new B.1.621 'Mu' variant displays some indications of vaccine resistance. First discovered in Colombia, on August 30 it was designated a 'Variant of Interest', but experts say it may not pose a major threat because it's less transmissable than the dominant 'Delta' variant.

The Manchester Evening News asked Public Health England how many cases there had been in Greater Manchester but they declined to share this data.

Dr Meera Chand, COVID-19 Incident Director at PHE, said: “We continue to monitor the situation closely and there is so far no evidence that Mu can outcompete the dominant Delta variant, with cases in the UK remaining very low."

The experts we've spoken to agree that 'Mu' is not top of their concerns, and that now there's an effective vaccination programme, a lockdown is not the answer.

Andrea Simpson, Cabinet Member for Health and Wellbeing at Bury Council, told the Manchester Evening News : “I don’t think we need another lockdown - but I do think the most vulnerable need to be careful. I think we are just going to have to see how it goes.”

Dr Fareeha Saeed, a GP at Failsworth Group Practice, agrees, adding: "Lockdown is not the answer as it's been proven less effective and has its own problems with children's education. businesses and economy."

Instead, there should be more emphasis on other measures - including testing - says Thomas House, an epidemiologist who works at the University of Manchester and is a member of a national committee which specialises in mathematical modelling.

He said: "Nothing is beating Delta at the moment. I'm not worried about anything other than Delta.

"All a lockdown would do is postpone the problem, rather than solving it. Time is useful when we are vaccinating but there are other things we can do which would be more effective. And if you wait you are just storing up problems."

He added: "Personally I'd rather we had better guidance on people doing testing. I think the return to work is the riskiest thing going on. We could take the risk out if people were testing twice a week."

But despite the mass return to the office in recent weeks, things seem to have gone a little quiet on the testing front.

The Manchester Evening News has asked the Government if they plan to be strict on enforcing testing for workers.

Dr House agreed testing seemed to have 'dropped off the agenda', adding: "But that's the targeted approach we need. We really want people who are infectious to stay at home rather than everyone - and tests can tell you that.

"If we can get through this winter then it will just be an endemic disease circulating not needing many special measures other than ongoing vaccination.

As controversial as any form of lockdown would be, there is a growing voice among experts that it wouldn't be enough anyway to stop the NHS running into trouble this winter if the tidal wave of patients continues.

Clinicians in Greater Manchester argue the pandemic has exposed a ‘perfect storm’ of a healthcare crisis which has been brewing for a long time.

Workforce deficits and funding gaps have been a long-term issue, while the suspension of elective procedures like hip replacements have exposed a lack of give in a system now struggling with a huge backlog of patients waiting for treatment - many of whom are dealing with chronic pain in the meantime.

The pandemic’s impact on infection control has created an unseasonal surge in respiratory infections, particularly among the very young. And those failing to get the support they need through 111 or their overloaded GPs may find themselves at A&E, where they come up against waits which the latest data shows to be the ‘worst since records began’, with nearly a quarter of arrivals waiting more than four hours to be seen last month.

The North West Ambulance Service is also in trouble, having this week moved into REAP 4, indicating 'extreme pressure', as some patients endured 18-hour waits for a response amid reports of queues outside one A&E department.

Staff, meanwhile, are exhausted following arguably the toughest 18 months of their lives.

And that’s before you even get to the treatment of Covid cases.

It’s led one consultant in Greater Manchester to argue a firebeak lockdown couldn't and wouldn't solve the NHS crisis.

They told the Manchester Evening News : “There are so many factors to consider other than infection and hospitalisation numbers. Economy, safeguarding, mental health.

“But the Emergency Department problems are not just about Covid patients now, it’s all the other patients without Covid who are attending either because they are really sick with other conditions or can’t access health care elsewhere due to backlogs.”

They said this was ‘overwhelming’ their departments, adding: “We don’t have sufficient resources in terms of space and staff to deal with the increase in demand.”

On the proposed ‘firebreak’, they added: “It might help the Covid infection rate but it’s going to take a lot more than that to tackle the problem of dangerously overcrowded emergency departments.”

Meanwhile, Dr Katherine Henderson, president of the Royal College of Emergency Medicine, has issued a statement describing the bleak state of emergency departments.

She said: “The health service has been severely struggling in recent months and the college has been vocal in its warnings about this trajectory.”

Referring to the latest data on four-hour waits in A&E departments, which show the North West were at 63pc, while in the South East, it was 73pc, she said the pandemic had highlighted ‘stark inequalities’.

So what is needed to help the NHS?

Dr Henderson called for more comprehensive data, an improved 111 service, a renewed focus on the workforce and morale, as well as a recruitment drive, plus investment in alternative care pathways to ease pressure on A&E.

She added: “As part of levelling up it’s vital that these inequalities are addressed and not overlooked, and that support is given to those areas and to those patients that need it most.”

Dr Henderson described winter’s looming crisis as the ‘iceberg ahead’.

It’s unlikely that families in Greater Manchester who have already endured so much would welcome any form of lockdown from Boris Johnson.

But sadly, unless leaders really listen to the NHS staff who claim they are witnessing its decline from within - and make urgent interventions - even such an unpopular measure might not be sufficient to save sections of the NHS from sinking this winter.

The Manchester Evening News has asked the Department of Health and Social Care for comment on winter pressures and NHS inequalities, testing protocol as some sections of the workforce return to offices and whether they are considering a 'firebreak' lockdown.

A Department for Health and Social Care spokesperson said:

"One in three people with COVID-19 experience no symptoms and rapid testing plays a critical role in our efforts to find those cases that may have gone under the radar to stop the spread of the virus.

"So far, over 589,270 positive cases have been detected that wouldn’t have been found otherwise.

"Anyone in England can continue to order free lateral flow tests online or by collecting from a pharmacy until the end of September 2021. Details of any extension to the programme will be set out in due course."

On 'firebreak lockdowns', a Government spokesperson said: “It is not true that the Government is planning a lockdown or firebreak around the October half term. As set out in July, the Government retains contingency plans as part of responsible planning for a range of scenarios, but such measures would only be re-introduced as a last resort to prevent unsustainable pressure on the NHS.”