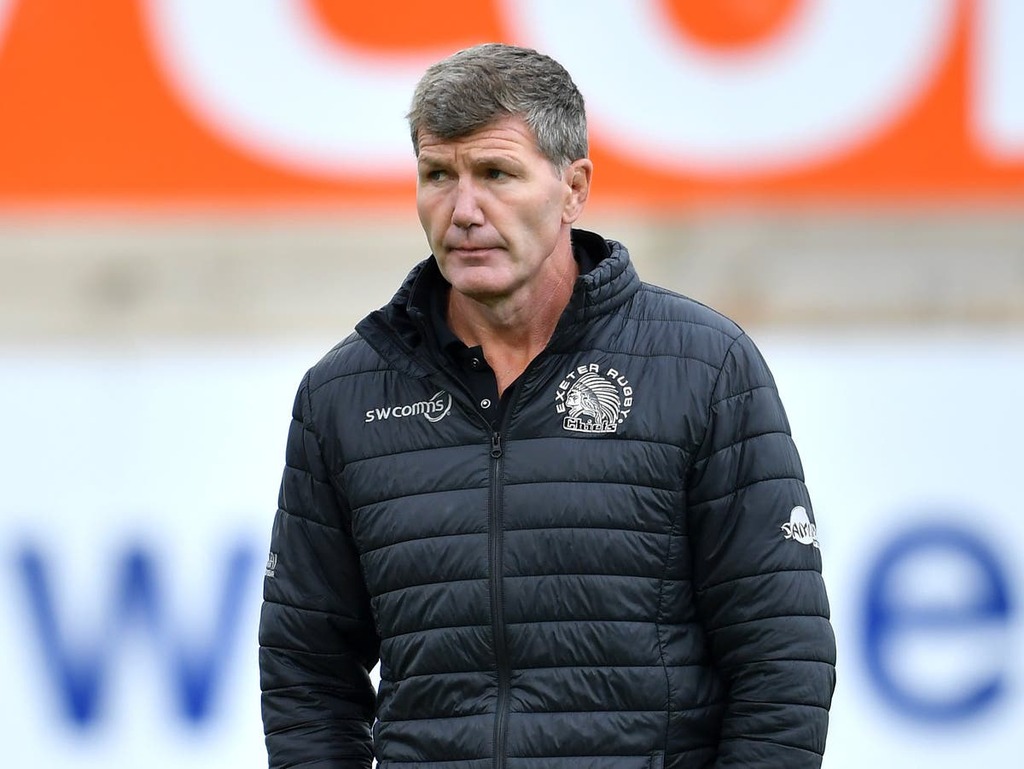 The fierce rivals – they have met in three of the last six Premiership finals at Twickenham – will lock horns again this season.

Saracens relegated from the Premiership in 2020 following persistent salary cap breaches for which they were fined more than £5million, will play their first domestic top-flight game for almost a year when they tackle Bristol at Ashton Gate on Friday.

Mark McCall’s men are back following an expected and emphatic Championship title-winning campaign last term, and the bookmakers have installed them as joint title favourites with Exeter.

“I think they are going to be a very good side,” Baxter said. “You look at the squad list, it is a good group of players.

“They have always been well-coached, well-run and well-motivated, so they are going to be a huge challenge to every team they play. They always have been, and it looks like they always will.

“I don’t think that is a bad thing for the Premiership. Challenges are what it is all about.

“We have probably accelerated our improvement as a team based on having a team like Saracens to go after.

“For me, I don’t see it as a negative that there is a team there that will challenge you and that you may have to set very high standards to beat.

“I actually think that’s what sport is all about. I don’t have an issue with that.

“Ultimately, if it is a competitive league and everyone is taking points off each other, what does that mean? It probably means you need a bit less to get in the top four.

“It has always been a tough competition, and that won’t change.”

The 2021-22 Premiership season is set to see sell-out crowds returning following the coronavirus pandemic-related difficulties of the past 18 months.

And while Baxter accepts that there is a way to go yet, he is enthused by what could lie ahead.

“I am delighted we are coming out of it,” he added. “I still think there will be some repercussions down the line for a couple of years, as most businesses will probably say.

“I know for ourselves it will take us a little while to get on the positive side, financially, but hopefully some of the things we are doing here will speed up that process.

“How other clubs are is not really for me to say. You could still see some clubs in a financial position that is almost impossible to get out of. I don’t know.

“What we have got to do now is kind of work together as a group of Premiership sides to produce something that people want to watch and be involved in, and hopefully we will have plenty of sell-out crowds at all the grounds and show a positive way forward.

“Supporters love watching teams that win, of course they do, but actually the most important thing is that they want to feel part of the journey, part of the team and part of what we are all doing and enjoying.”

Premiership clubs will be allowed to relax some elements of current Covid-19 minimum operating standards once an 85-per-cent-or-more fully vaccinated rate has been reached in both the player and staff groups.

And Baxter said: “Our approach as a club is that we are for our players getting vaccinated. We are very much encouraging it and we are doing everything we can to facilitate that.

“At the same time, we are also aware that there is an independent right for guys to accept it or not have it. Our stance is that we are not going to force any player to have it, but we will encourage them all to have it.

“I could quite conceivably see that the majority of the clubs, if not all, will be at that level (85 per cent) of vaccination within the next few weeks, if not a couple of months.”