It’s all about Ronaldo in the Premier League 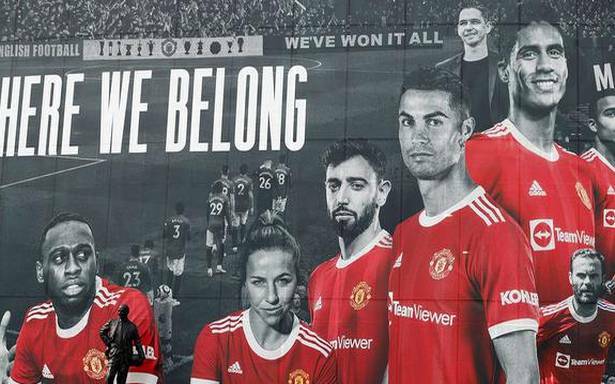 The public relations push has been relentless at Manchester United these past few days, detailing everything about Cristiano Ronaldo from his movements in training, his greatest goals, his reclaiming of the “iconic” No. 7 jersey, to the inside story of his goal celebration.

One of the best players in the history of soccer is making an emotional return for a second spell at one of the world’s biggest teams, so it’s understandable that Ronaldo has been the talk of the town since his stunning transfer from Juventus was completed last week.

His first appearance back at United is likely to be against Newcastle on Saturday and it is one of the most anticipated occasions in the history of the Premier League.

Does his presence virtually ensure United will be “closer to winning” trophies?

Certainly, Ronaldo is a still a guarantee of goals. He has a staggering 785 goals in 1,075 appearances for club and country, after all. He has just become the record scorer of all time in men’s international soccer, with 111 goals.

However, even if he was top scorer in Serie A last season and had 101 goals and 22 assists in a total of 134 appearances for Juventus, his three years in Turin should perhaps act as a warning for United.

That maybe was not all his doing yet his presence did wind up being divisive purely for the fact it meant the team seemed to exist as a function to get the best out of him as opposed to working as a unit.

Does Ole Gunnar Solskjaer turn his team into one whose main function is to supply Ronaldo, and is that a wise strategy? If Ronaldo starts as a lone striker, does United have the wingers who can deliver a regular supply of crosses that he lives off?

In Marcus Rashford and Mason Greenwood, who — when fit — might be first choice, that could be a no, given they are inverted wingers who like to cut inside and shoot. Jadon Sancho, signed this offseason from Borussia Dortmund, could potentially be more valuable due to his ability to stretch defences out wide and send in more dangerous crosses.

Solskjaer has said he sees Ronaldo as “more of a centre forward for me at the moment.” “I want him in the box, scoring goals,” he said.