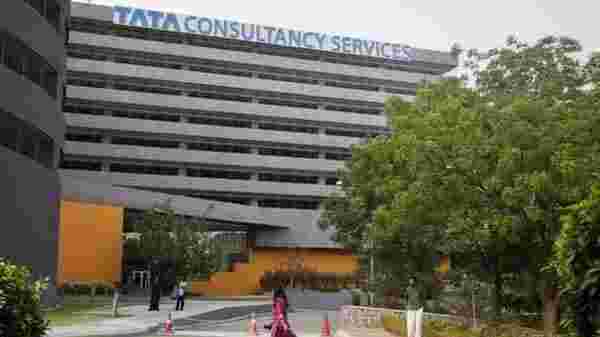 The IT giant has also clocked $25 billion revenue in Calendar Year 2021. While the profit rose 12% ona year-on-year basis, its board has cleared ₹18,000 crore share buyback at a price of ₹4,500. The earnings were boosted by sustained demand for its digital services.

"We've had an exceptional quarter," chief executive and managing director Rajesh Gopinathan said in a media briefing following the results announcement. Operating margins fell marginally to 25%, compared to 25.6% in the previous quarter, impacted by an increased focus on hiring and retaining talent. Overseas growth at TCS was led by North America, which contributes half of its total business and saw revenue growth of 18% year-on-year. Revenues from Europe, the United Kingdom and Latin America grew 17.5, 12.7 and 21.1% respectively, compared to the year-ago quarter.

Meanwhile, another IT company Infosys has revised its revenue guidance upwards for the quarter ending December, fuelled by strong deal momentum from global companies strengthening their digital presence to better manage pandemic-led disruptions.

Large deal wins in the December quarter were at $2.53 billion, a near 18% rise from the second. The country's second-largest IT services firm by revenue said it expects revenue growth of 19.5%-20% for the financial year to March, compared with the 16.5%-17.5% growth predicted earlier, but retained the operating margin guidance.

"Based on Infosys results, we expect stock would react positively up from today closing of ₹1876/- and we are overall optimistic on the stock with medium to long term horizon with a technical target above ₹2000 mark in 6-12 months period," said Prashanth Tapse, Vice President (Research) at Mehta Equities Ltd.

Infosys American Depository Receipts (ADR) has risen nearly 3% as the company pipped both TCS and Wipro in terms of revenue growth during the third quarter.

Wipro Ltd has seen its net profit during the December quarter flat at ₹2,969 crore as compared to ₹2,968 crore in the last year period.

On the outlook for Q4, Wipro said it expects revenue from IT services business to be in the range of $2,692 million to $2,745 million, which translates to a sequential growth of 2% to 4%. The ADR of Wipro is trading lower by 8.31% at the time of publishing this copy.

"We expect stock would react marginally down from today closing of ₹691 and give opportunity to accumulate in the range of ₹660-675. We are overall optimistic on the stocks with medium to long term horizon," Prashanth Tapse said in a separate note.

All the three IT companies continued to see a spike in employees attrition. TCS' attrition rate rose to 15.3% in Q3FY22 as compared to 11.9% in the previous quarter, however the company claimed it was the lowest in the industry.