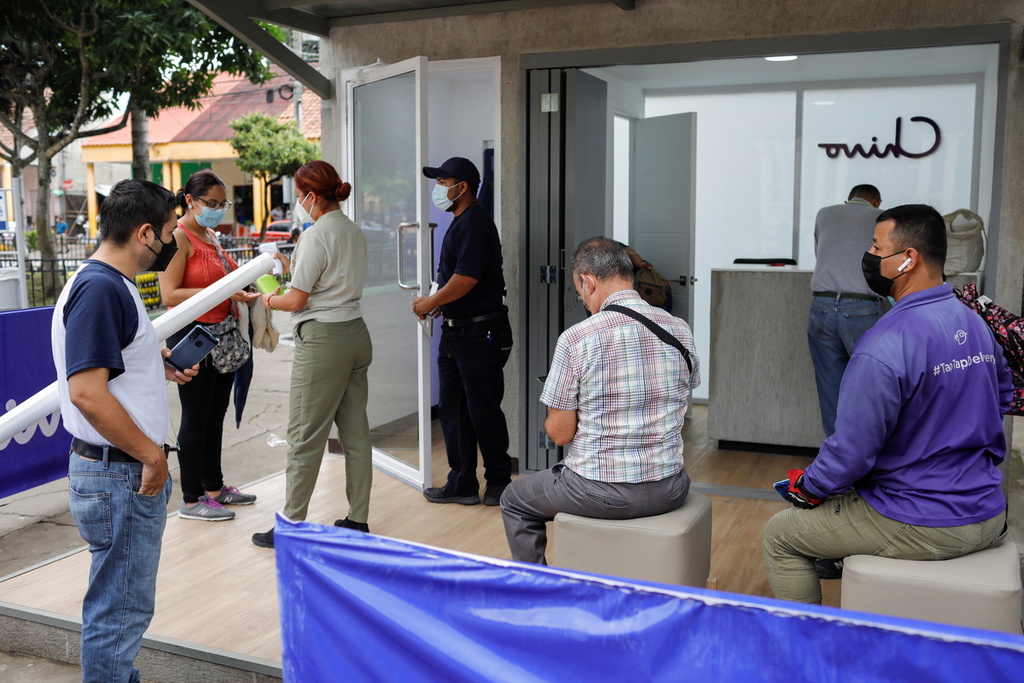 Salvadoran President Nayib Bukele stepped in on Wednesday to manage the fraught roll-out of a payments app that underpins the nation's adoption of bitcoin as legal tender, and called on users to report any problems on his Twitter feed.

Adopting language similar to IT departments in offices around the world, Bukele asked users to close and restart the app if a "currently under maintenance" error screen appeared.

"Any financial innovation on this scale is going to come with teething problems. However, if we've learnt anything from watching the markets in the past year, it's that bitcoin maximalists will seek to push the digital currency back up just as quickly as it has fallen," said Michael Kamerman, chief executive of Scandinavian-owned fintech company Skilling.

Some market watchers see a bullish future, with a new cryptocurrency research team at Standard Chartered predicting bitcoin will hit $100,000 by early next year and could be worth as much as $175,000 longer-term.

Bukele has sent a stream of Twitter messages over the past 36 hours instructing users on how to download the government-backed Chivo app which promises commission-free transactions and which his administration hopes will be adopted by the unbanked.

Overnight the president said the app, a digital wallet, was being disconnected for the second time to "improve user experience and the problems it had during the day."

"We hope that tomorrow will be much better," he wrote in a tweet.

Douglas Rodriguez, head of El Salvador's central bank, said during an event in the Honduran capital Tegucigalpa that the "eyes of the world" were on his country and that the bitcoin adoption was a process that needed time to "mature."

Addressing concerns the digital currency could encourage illicit activity, Rodriguez said the rules set out by the bank for using bitcoin were designed to meet money laundering standards and were well received by international authorities.

El Salvador's bitcoin law states the market will establish the exchange rate between the cryptocurrency and the U.S. dollar, the nation's other legal tender. It says all prices may be expressed in bitcoin and tax contributions can be paid in digital currency, while currency transactions in bitcoin are not subject to capital gains taxes.

Notwithstanding technical hiccups, the app's rollout created some waves in El Salvador, in part due to a government handout of $30 in bitcoin to every local user who signs up, and despite polls that show many people are wary of bitcoin's volatility.

On the El Salvador edition of Apple's App Store, Chivo was the No. 1 downloaded financial app on Wednesday.

Bukele earlier said only a few phone models would initially have access to the app on Alphabet's Google Play to avoid a rush that could collapse the system.

On Wednesday afternoon, he wrote on Twitter that Google Play was available for Alcatel smartphones and that more models would be added, though it was important "not to saturate the servers" with too many registrations at the same time.

"We are still fine-tuning small details," he said.

Reuters could not immediately determine how many times the app had been downloaded.

JP Morgan Chase said in a note on Wednesday that some technical snags are to be expected.

"These technical issues should not be a surprise given the country had only three months to prepare for this grand experiment," the bank said. "In sharp contrast, China has been preparing/testing its digital yuan for years and has yet to officially launch it."

Global retailers operating in El Salvador were accepting bitcoin at some stores, including McDonald's Corp and Starbucks Corp, along with several local outlets.

Bukele, 40, who is doing well in opinion polls but has been accused of eroding democracy has heavily used social media to govern and engage with Salvadorans.