‘It feels unreal’: elation and trepidation as Sydney businesses reopen after NSW lockdown 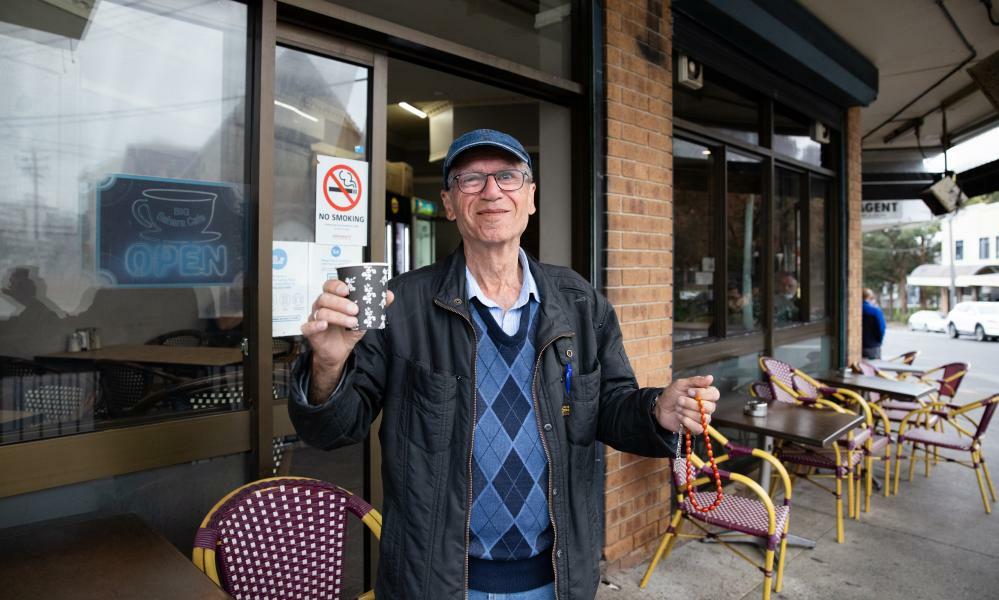 There was so much excitement and demand for haircuts on Monday that Moustafa Elrifai opened his salon in Lakemba an hour early.

“When I opened my eyes today, I was crying, I swear to God. I hadn’t opened the shop in months, I’ve had to pay my bills and everything. It was tough.”

“But today, I’m very happy, the reopening is very good,” he said, bouncing on the spot.

Elrifai said he had been sick with Covid for a month. He said sitting at home had stressed him out, but that this was the perfect time to open up.

“I’m not nervous about being infected again, I’m confident everyone will be vaccinated, and I will be checking everyone’s certificate. If they don’t have it, they can’t come in,” he said.

After over 100 days in lockdown, some of that time spent under the toughest restrictions in the city, residents in the south-west Sydney suburb were particularly relieved as restrictions eased on Monday.

Jaylen Gul, who works at Urban Culture Lakemba, a popular fashion retailer, said the community was nervous because it was still “scarred” by their experiences under lockdown.

“A lot the news as well scares people. I have a lot of friends who caught the virus, and they knew people who caught it, and I think that’s why people are scared.

“It felt like it’s been such a long time, I wasn’t sure what I should be doing, I’m still confused about the rules, they seem to change every day.

“I’m also nervous about going back into lockdown, we’re all on our toes.”

It comes as New South Wales recorded 496 new locally acquired Covid cases and eight deaths on Monday. The death toll from the Delta outbreak in NSW now stands at 439, many of whom have come from western and south-western Sydney.

The new premier, Dominic Perrottet, warned that case numbers and hospitalisations will continue to rise, but that it was important for people’s mental health that businesses reopen.

“There will be challenges that come our way. But we have to open up. And we have to get people back into work,” he said.

Sandy Kourouche, who worked at Big Sahara Cafe, warned that she would be denying people entry if they weren’t vaccinated, but said she was worried at how people would react.

“We’ve already had some problems with that, and with implementing the restrictions. I’ve had to tell some of my customers they can’t sit together, I have to keep telling them ‘we might get fined.’”

“It’s tough having to tell people what to do here. And we’re nervous about the police coming and fining us, but we do our best to avoid these things.”

The cafe was filing up as Kourouche spoke, men hand-rolling cigarettes and watching the morning news, leaning into their seats as though they had never left.

“It’s like a feast,” Kourouche said as she frothed the milk, “because it’s just been so long. For more than 100 days we’ve been in lockdown, it’s hard for us and our kids.

Across the city, The Strand Arcade in Sydney’s CBD was bustling for the first time in months.

Tony Kwok, who has been running the Quali-tea store in the arcade for 14 years, said the past two years had been filled with uncertainty.

“But this latest lockdown has been the hardest. We have not been able to open the shop. It has been so difficult. So today, we are excited, we are able to open again. It feels unreal.”

Kwok says it will “take a long time to recover” from the shock of NSW’s lockdown. “People are still scared to approach one another.”

“We are lucky to have a strong regular base of customers that we have known for more than 10 years.”

Although business has been hard, he says, reopening after lockdown reveals “the beauty of being human” and “being able to connect with people again”.

“And tea is at the centre of that.”

For Pierre Germani of Pierre Jewellery, managing Covid has been a struggle. The past two years have been “very depressing”, he says.

“At the beginning of this lockdown, we thought it would pass in a few weeks.”

After an unprecedented few months in lockdown, Germani says the overwhelming feeling on Monday is very positive. “It is like we are being reborn again.”