PUNE: Saurabh Chaudhary and Esha Singh won gold in the 10m air pistol mixed event at the ISSF Junior World Cup in Suhl, Germany, on Thursday. But the champion shooter failed to make the cut to the medal round of the 10m air pistol individual event late on Wednesday night.

In the girls 10m air pistol event, Haryana’s 16-year-old Palak pipped ace shooter Manu Bhaker 17-9 to win gold in her maiden international participation. Manu had shot 250.6 in the final elimination stage, while Palak’s 248.1 put her in second position to get eligible for the gold medal match.

In the boys’ individual 10m pistol event, Saurabh, who has five gold in senior and one in junior World Cups, shot 575 in the qualification round. There were three other Indians in fray – Shiva Narwal (585), Sarabjot Singh (578), Arjun Singh Cheema (577) – and Saurabh’s score was the lowest among them. The Olympian shooter was sixth in the qualification ranking, but as per the new rules, only three from one country can proceed to the Elimination round.

In the final, Narwal beat Sarabjot 16-12 to clinch gold.

In the mixed event, Palak and Sarabjot qualified for the gold medal match after scoring a combined score of 578 in the qualification round. The duo of Esha and Saurabh were second with 575. In the gold medal match, the Esha-Saurabh pair shot 16, while Palak, Sarabjot scored 12 for silver.

On the second day of the competition, India are topping the medals tally with 4 gold and six silver. 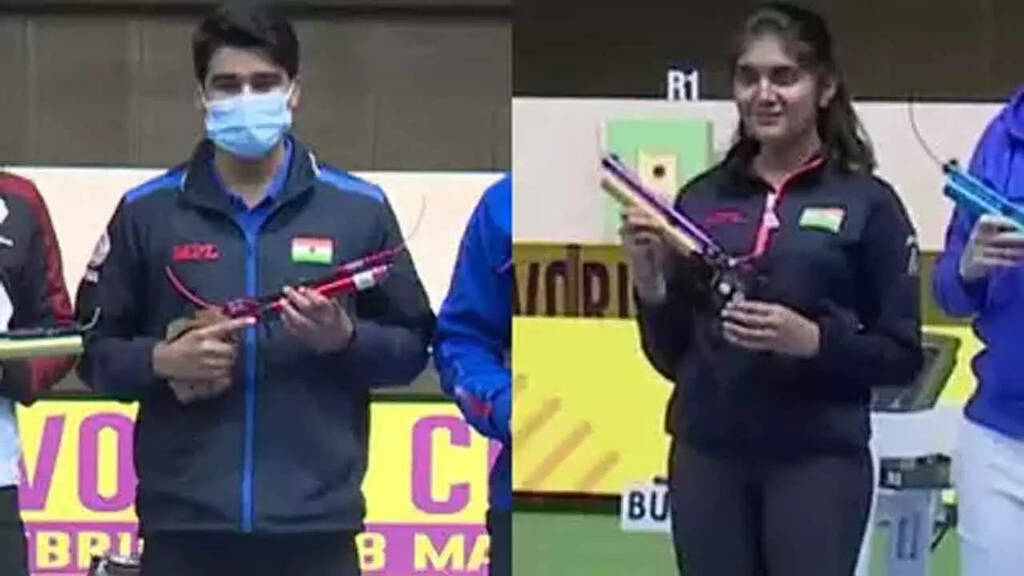 The Times of India
One subscription that gives you access to news from hundreds of sites
Shiva Narwal, Palak bag gold in Junior World Cup