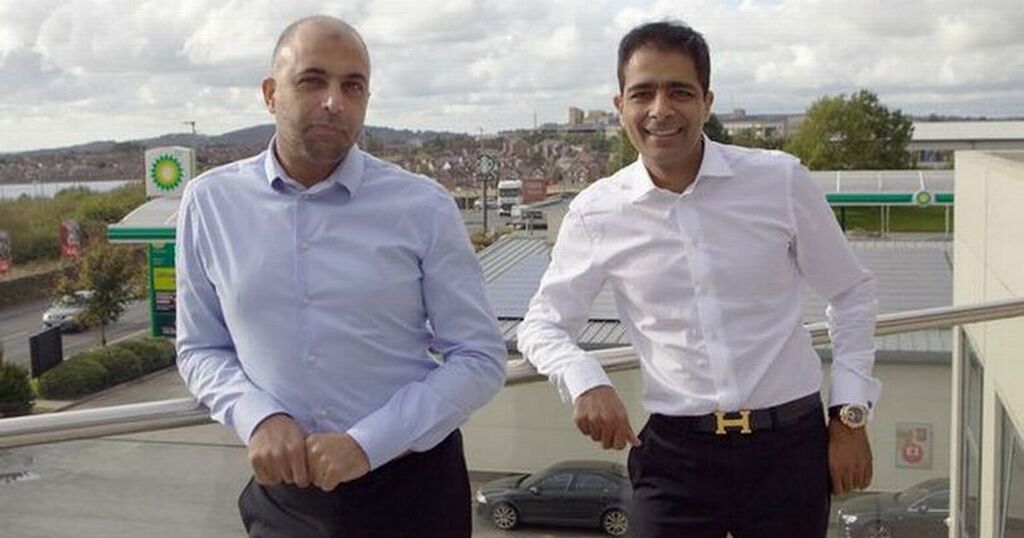 The Issa brothers' controversial plans to site a cemetery the size of 68 football pitches in Lancashire have been withdrawn.

The planning application was due to be decided upon by Hyndburn council’s planning committee next Wednesday afternoon.

However it may not be the end of the plans.

Proposals for the 85-acre multi-faith cemetery were submitted by the Issa Foundation and backed by the billionaire brothers - who built up their empire from a Bury petrol station.

Consultants working for the Issa brothers emailed the council on January 12 asking to 'withdraw the application with immediate effect', LancsLive reports.

READ MORE: Quaint countryside cottage for sale in Greater Manchester that stems back to the 16th century

A director for Atticus Planning stated in the email that they are 'going to take stock of the various consultee comments made to date and have a project team meeting next week to run through a revised application'.

They added that they would be in touch with the council on their progress 'and when we're likely to resubmit'.

The plans were stamped as withdrawn yesterday (January 13) by Hyndburn Council.

Hyndburn MP Sara Britcliffe said: "I am hoping that this means community concerns have been taken on board and are being seriously considered but I will continue to follow this and keep residents updated."

The billionaire business brothers the Issas had been bidding for change of use of a 34-hectare agricultural site south of Blackburn Road, West End, Oswaldtwistle, Lancashire, to a burial ground with associated pavilion, internal roads, parking and associated infrastructure.

The submitted Design and Access Statement advised that the site was to be designed to accommodate at least 100 years of burials at expected rates of 175 to 350 per year.

A petition on change.org launched when the plans were first reported last October, now has nearly 4,000 signatures, although a separate one in favour has gained well in excess of 1,000 backers.

Prior to the application being withdrawn, Oswaldtwistle county councillor Peter Britcliffe said: “There are various reports from statutory bodies in now which do not favour the development of a cemetery and I am thinking that the application should now be withdrawn. Obviously residents in Oswaldtwistle are extremely concerned about this.

“It’s the last of the green belt area that we have between Oswaldtwistle and Blackburn and it’s very important that we keep as much green belt as we possibly can.”

Papers prepared ahead of next week’s planning meeting state: “The development of an extensive network of roads, paths, car-parking and re-grading of the site will result in a loss of openness of the Green Belt and harm the landscape character of this area.

“Insufficient information has been submitted by the applicant on a number of areas to demonstrate that the development is acceptable.

“The Environment Agency has objected to the proposed development over concerns about ground water pollution and the Highways Authority has raised a number of concerns that require further information for these matters to be properly addressed.

In the application design and access statement the Issa Foundation explained the need for the site: “Most of the Muslim Cemeteries across the UK are near full to capacity and this has been made worse by the Covid-19 pandemic with the Muslim community in particular being affected more than others, according to the Office for National Statistics (ONS).

“In the north and north-west, the situation is no different with many cities which have large Muslim concentrations seeing a large surge in deaths due to Covid-19.”

A heritage report by the council’s senior planning officer David Morris, found the proposal would cause “the loss of all historic character and features” on the saddle landscape.

He added that the development is “contrary to the heritage and landscape planning policies” and would harm the setting of the listed buildings of Knuzden Hall Farmhouse, Knuzden Hall, Stanhill Hall and Cowhill Fold.

Mr Morris said the case officer and planning committee will need to determine whether the public benefits of the scheme outweigh that harm.

He added: “The development of a cemetery of the nature and size proposed would transform the present countryside character. The present visual unity of the Green Belt countryside would be lost and the cemetery would separate the fields of Cow Hill from the surviving fields of Stand Hill.

“The cut and fill of the proposed development would destroy any archaeological or other heritage assets which lie within the boundary of the site.”

Countryside charity The Campaign to Protect Rural England had called for the application to be refused on the grounds that openness would be “harmed to a significant degree”.

“Such proposals will only be agreed by the Environment Agency where a developer can demonstrate through detailed risk assessment, that given the site specific setting and the engineering methods proposed, groundwater pollution will be avoided.”