Israeli flag removed from Tomb of Patriarchs during prayer service 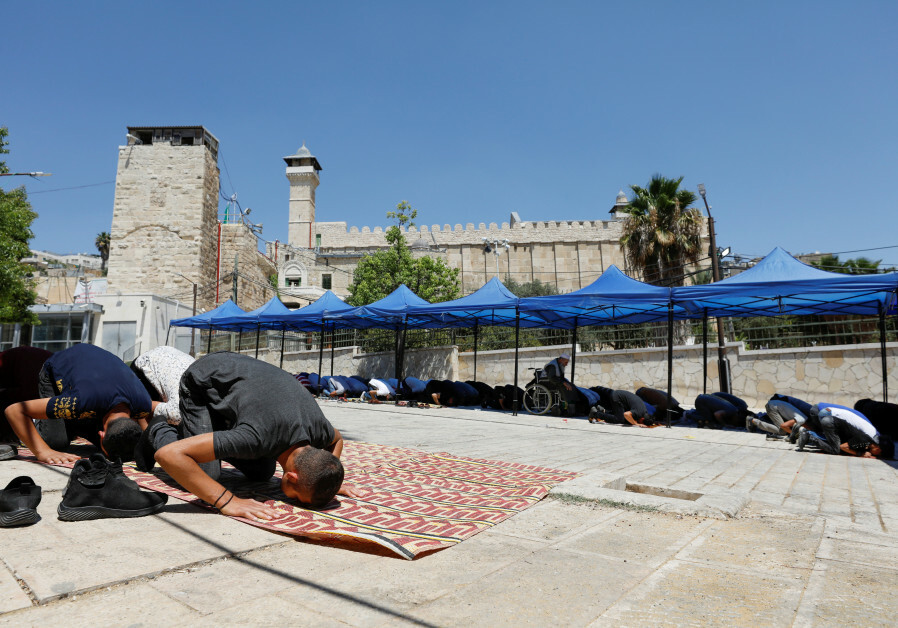 Border Police at the Tomb of the Patriarchs in Hebron demanded on Sunday that a group of Jewish worshipers remove an Israeli flag they had brought to the site, arousing criticism from right-wing groups and activists.

Footage emerged on social media of the incident in which Border Police officers were seen telling the group at the holy site to remove the flag.

The took place on Sunday morning during Slihot, prayers of repentance, that are recited in the period between Rosh Hashanah and Yom Kippur.

The incident took place at the Tomb of the Patriarchs’ hall of the tombs of Isaac and Rebecca that is generally closed to Jewish worshipers throughout the year but is opened during the High Holy Day period.

According to the right-wing “Bzlmo” organization that obtained the footage, the Border Police officers stopped the prayer service until the flag was removed.

Bzlmo also noted that Palestinian worshipers frequently bring flags into the Cave of the Patriarchs, and strongly criticized the discrepancy in enforcement.

The Jerusalem Post understands that there is no blanket ban on bringing flags into the site, but that “security considerations” and a desire to “avoid provocation” led to the instructions to remove the flag on Sunday morning.

“It is the right of the Jewish people to pray with Israeli flags in any place and certainly at the Tomb of the Patriarchs,” Bzlmo said in a statement following the incident.

“It is unthinkable that after hundreds of years during which Jews were completely denied entry to the site that Jews should now be denied the right to fly their national flag.

“Flying a flag is not a provocation or an attempt to offend anyone. Every week, dozens of Palestinian flags are brought in and no one stops them.”

The Border Police did not issue a statement in response to the incident.