Israel's what if? Would Netanyahu have brought the Oaknins home? - analysis 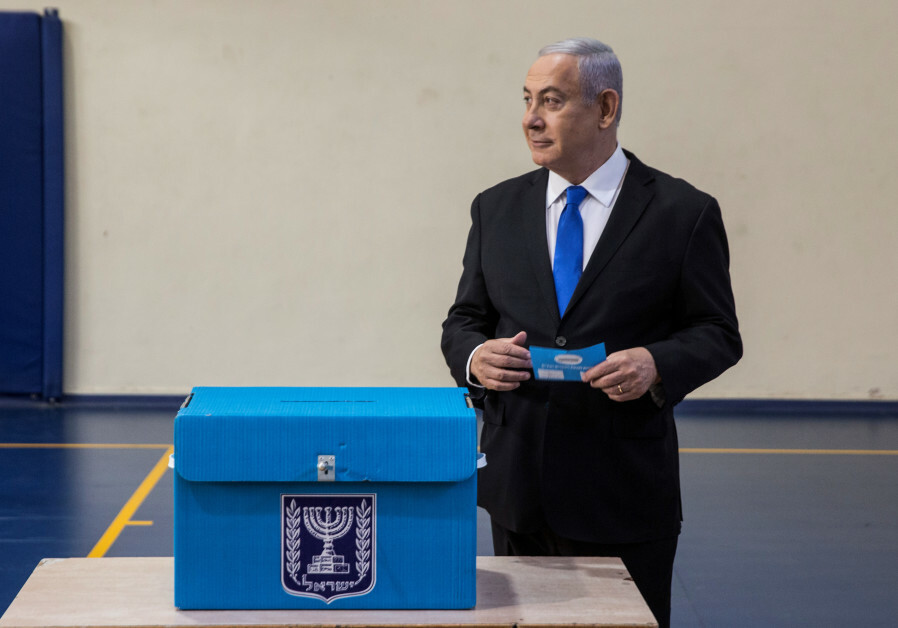 Imagine an alternate world in which Benjamin Netanyahu honored his rotation agreement, and Benny Gantz would have replaced him as prime minister on Wednesday as scheduled.

In the days ahead of the rotation, Netanyahu would have taken advantage of the arrest of Mordi and Natali Oaknin in Turkey to display a diplomatic and political show of force. He would have delivered a dramatic address in which he would have threatened Turkish President Recep Tayyip Erdoğan.

In a hyped-up news conference carried live during the eight o’clock prime-time newscasts, there would have been bluster, visual aids, and perhaps even the Likud faction applauding, to help carry the message home to Netanyahu’s political base.

Polls would have been taken indicating that at a sensitive time of international crisis, Israelis wanted their experienced, eloquent strong leader to stay and not hand over power to a neophyte leader like Gantz, who is prone to making embarrassing errors.

The coalition agreement not only said that Gantz would take over for Netanyahu, but also that the foreign minister was due to become the Likud’s Miri Regev, whose English is not much better than her Turkish.

In a tweet this week, Regev said that the government should stop being silent, should declare Turkey an enemy country, and stop all flights to Istanbul until the “kidnapped” couple come home.

There would have been a political uproar to free Israel from the coalition agreement, which would have overshadowed the efforts to free the Oaknins from their prisons in Turkey.

The Supreme Court would have had to intervene to ensure that the transfer of power to Gantz took place. But no one would have been able to intervene to get the forgotten Oaknins transferred from jail after the bridges between Jerusalem and Ankara had been burned.

Back to reality: because Netanyahu did not honor his deal with Gantz but initiated another election, the former prime minister was the leader of the opposition when the Oaknins took their ill-fated photo in Istanbul. While he called the Oaknin family on Saturday night and offered to help, he was not in a position of power to do anything.

Instead, Netanyahu’s week was very different. He was in a courtroom, not the corridors of power. His main adversary this week was not Erdogan or even Prime Minister Naftali Bennett, but his former spokesman Nir Hefetz, who has turned state’s witness against him.

At a meeting of the Likud faction on Monday, Netanyahu did not mention the Oaknins. He spoke about a watered-down term-limit bill that would not even apply to him and compared it to Iran, Syria and North Korea.

That same day, Netanyahu was due to deliver an address on the state of the Jewish world at a meeting of the new Knesset Caucus on the Jewish People. It was thought that he would explain why he retweeted Shas leader Arye Deri’s calls for the public to come to the Western Wall to protest the Kotel deal that Netanyahu’s own government initiated.

But when it was time for Netanyahu’s address, he was in the Knesset gym, two floors underneath the meeting that he did not attend.

Without Netanyahu in power, there was quiet diplomacy that proved effective. The Foreign Ministry, which he weakened and whose powers he scattered among multiple ministries, got the job done and proved its viability.

It remains to be seen whether that same new approach of behind-the-scenes machinations rather than bluster – which worked to bring home the Oaknins – will prove effective on Iran and other sensitive issues.