Israel’s public transportation is about to get a facelift - Michaeli 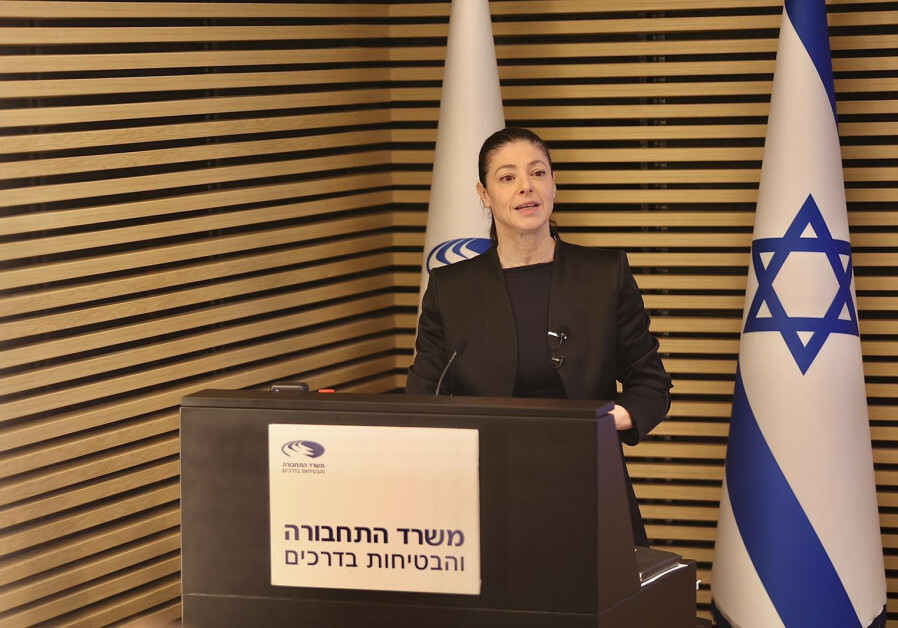 Public transportation is going to get a much-needed facelift, Transportation Minister Merav Michaeli announced on Monday during a press briefing on the ministry’s past quarter. Should the proposed budget pass, it would total at NIS 7.5 billion for her ministry.

“Public transportation,” Michaeli said, is a wonderful thing, “but we started to see the gap between where it’s useful and where it’s wildly inconvenient.” Michaeli’s team brought a record-breaking amount of funds to the Transportation Ministry and plans to move forward in the effort to shrink down private vehicle usage in the country.

In June, Michaeli outlined a plan that started with moving and dedicating more funds to the Transportation Ministry. The goal is to make it “more available to those who have less accessibility so that civilians don’t have to feel like their only viable option is to drive a private vehicle.” The rough outline of the five-year plan – not a ten-year one, as had been practiced under previous administrations – showed that funding for roads will steadily decrease, but remain fairly steady while funds for everything else will increase.

The ministry is working to increase the use of two-wheelers – manual bikes, electric bikes and scooters, for the variety of benefits they offer: health, reducing the use of oil-driven cars and lightening the congestion and traffic that plagues too many Israelis on the roads.

When asked how the shift in focus from road-building to investment in infrastructure and service will translate to how resources and manpower within the ministry are divided, Michaeli explained that they will be receiving 70 new positions, after losing 200 within the last 10 years.

One third of the funds are suctioned off towards increasing access to public transport in the Arab sector. This includes adding bus lines and improving the ones that already exist, building sidewalks and increasing knowledge and awareness about road safety, specifically through campaigns being carried out in Arabic rather than Hebrew.

There are cities in Israel today – many of them in the Arab sector – as well as agrarian communities, which don’t have sidewalks because the municipalities don’t have the budget for it.

NIS 90 million will be dedicated to public transport security measures within the sector.

By the end of October, the ministry is hoping to pass a law that would increase the suspension of drunk drivers from 30 to 90 days in cases where pedestrians or fellow drivers get hurt or damages are incurred.

In 2021 alone, over 70 road deaths that occurred in Israel were of pedestrians, nine of them bike riders and 14 from electric bikes and scooters. “Our entire focus on changing our outlook is with their safety in mind,” said the minister. “[If there are] less cars, [there are] less vehicles presenting a danger to pedestrians.”

Additionally, NIS 20m. will be allocated to turning metal railings on the sides of roads to concrete ones, to make them less fatal to motorcycle riders.

They are also planning intercity rest stops, with the dedication of NIS 50m. “There is not a single stop at all on the road between Jerusalem and Tel Aviv,” and drivers are not allowed to stop on road shoulders, Michaeli added.

Test runs of pilot programs for train lines running on electricity began last year already in lines across the country, with the carriages running quietly and without emissions. The plan is to eventually replace the old diesel locomotives.

“I will not stand for any delay” on this issue, Michaeli said. “Israel Railways needs to justify the trust we’re putting in them.”

Photos and videos of IDF soldiers scrambling to get on buses went viral last month, showing soldiers fighting to get onto cramped buses, even clamoring into trunks, all so that they could arrive at base on time and not be penalized.

Michaeli noted that there is already a 30% decrease in soldiers riding on trains on Sundays, the most congested day for travel, with an expected additional 40%. “We allocated – with the Defense Ministry – NIS 40m. to create independent transport systems for them so they don’t get stuck.”