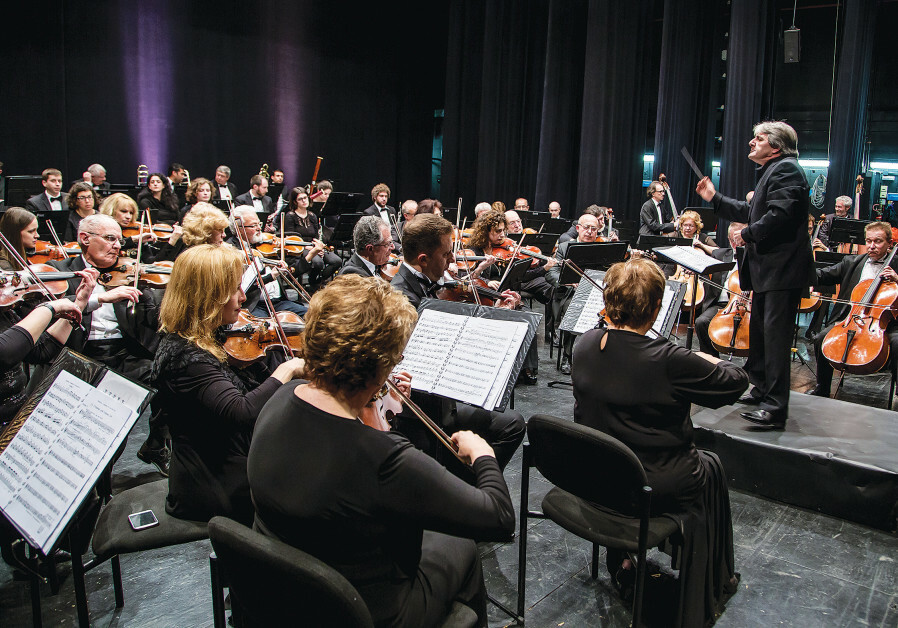 Conductor Vag Papian realized a 15-year-long ambition Monday evening when he introduced the music of Armenian composer Edvard Mirzoyan (1921-1912) to an Israeli audience in Ashdod. Speaking in Hebrew, he described Mirzoyan as “one of the wisest people I knew.” “I have learned during each moment I spent in his company,” he added.

“The ICOO is 30 years old, and we are just getting started,” its CEO Moshe Fisher said. When it was established, the orchestra was made possible due to the massive influx of post-Soviet era Jews who built their new homes in the port city. These immigrants provided both the audience – eager to hear Western music performed – and the musicians themselves.

“At first, the state offered no support at all,” Fisher remarked, “it was Rafi Ben-Moshe from the Artists’ Absorption Center who opened the first door to us in the mid-1990s.” Another cultural powerhouse, the Ballet Valery Panov Theatre, opened a few years later, marking Ashdod as a multi-cultural city where arts are supported. The city boasts not one, but two orchestras, the other is the Israeli Andalusian Orchestra Ashdod. Mayor Yehiel Lasri, Fisher said, invests 1% of the city’s budget in the arts.

Mirzoyan’s work Symphony for Strings and Timpani is “his most important one and perhaps even for all Armenian music,” Papian told the audience. The dialog between kettledrums and strings was so emotionally moving people around me often clapped at the end of each movement. This led a smiling Papian to present four outstretched fingers to the front of the seated rows, indicating silently that more is yet to come. Timpani player Leonid Reshko was outstanding, winning hearty applause all around.

“To match these two works is wonderful,” violinist Roee Shiloah said in regard to the decision to begin the season with Mirzoyan and Vivaldi.

Performing in Ashdod for the first time, Shiloah took the stage to play Vivaldi’s The Four Seasons.

“It is a sorrowful work and you play it differently as you age,” he added, noting it had been two decades since he last performed it.

Shiloah stepped up to perform the 1720s violin concertos with a violin made during that same century by Antonio Zanotti. When I arrived in Ashdod it was pointed out to me that not so long ago a rocket struck the outer wall of a building near the culture center. Imagine, playing Vivaldi on a 300-year-old violin in a city facing such threats.

In contrast, while Papian stood firmly on two straight legs and used his arms, hands and face to lead the players into a spellbinding performance, Shiloah swayed from side to side. A tall man wearing black, he placed his weight on his heels and breathed with his instrument. When the famous first notes were played a woman seated in front of me clapped with happiness. It seems safe to say she will be coming back.

The writer was a guest of the Israel Chamber Opera Orchestra. For more information about upcoming events at the ICOO – such as a future concert with Jazz legend Leonid Ptashka (Tuesday October 19 at 8:30 p.m.) – please see their site: https://icoo.co.il