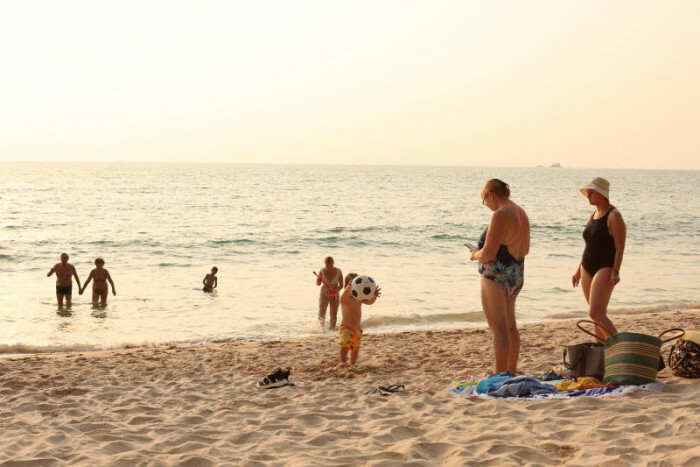 SURAT THANI: The four-day government weekend that began on Friday was expected to draw more than 50,000 visitors to this…

The private sector in Phuket and Koh Samui has thrown its weight behind a proposal by the Public Health Ministry to designate Covid-19 as an endemic disease.

Weerawit Krueasombat, president of the Patong entertainment association, said the change of designation is already overdue since the declining severity of the pandemic had been known for a while now.

Despite entertainment venues reopening, the midnight closing order remains a sticking point as it caters neither to tourists and the night economy nor contributes to health safety, said Mr Weerawit, who is advocating 2am as a more reasonable time.

Kongsak Khoopongsakorn, president of the Southern Thai Hotel Association, said Covid-19 has ceased to be the frightening prospect it once was and provincial public health infrastructure now has the capacity to handle any unforeseen spike in numbers.

Meanwhile, Thanusak Phuengdet, president of the Phuket Chamber of Commerce, said that as daily cases continue to decline, tourism businesses should be allowed to accelerate their reopening plans.

Dr Muanprae Boonlom, deputy chief of Phuket Provincial Public Health Office, confirmed the decrease in infections, saying Phuket now has only 19% hospital bed occupancy and 67% of residents have had at least one booster following a full course of vaccines.

However, despite 80% of the elderly having been jabbed at least once, only 52% have been reported as having followed up with a booster shot. Dr Muanprae said authorities are seeking to rectify the situation.

Ratchaporn Poonsawat, president of the Koh Samui Tourism Association, said that the island was well suited to safely adapting to the endemic classification for the virus, having had experience in dealing with a number of disease outbreaks in the past.

Those who work in the sector have the capability to assume responsibility for keeping the island free of the ravages of another serious wave of Covid-19, according to Mr Ratchaporn.

Mr Ratchaporn did, however, voice some concerns that had been expressed by those who live and work on the island, including inadequate booster doses, medicines and the need for more migrant workers to support tourism businesses.

Around 50% of hotels have now reopened and the big chains are beginning to invest in the island again, he said, but also noted that the war in Ukraine and China's current travel ban were also playing a significant role in dampening arrival numbers.

He added he has no idea why Phi Phi Island, one of the country's most popular tourist attractions, has not been included in plans to fast-track reopenings.

It was a sentiment echoed by Prasert Wongna, acting president of the Phi Phi Island Tourism Association, who wondered why, having been a part of the earlier "sandbox", Phi Phi had been left in the cold this time.

SURAT THANI: The four-day government weekend that began on Friday was expected to draw more than 50,000 visitors to this…