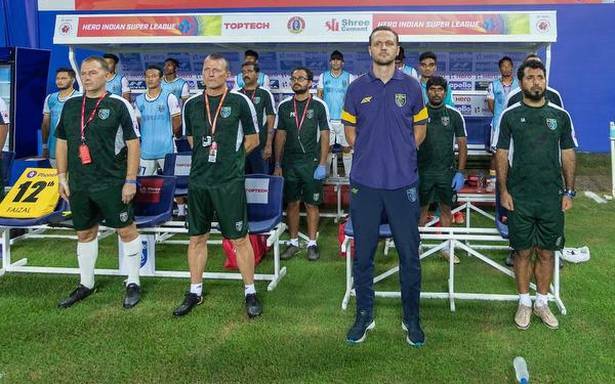 When Kerala Blasters opened its campaign with a 2-4 defeat to ATK Mohun Bagan, fans may have wondered if the season would be an extension of the previous one. Last year, the men from Kochi had finished second from the bottom in the ISL table.

This time around, they are on top at the half-way mark and have been a revelation. After that loss in the opening match, they haven’t been beaten even once in their last 10 games.

And in those matches, they conceded only six goals and scored 16. Blasters indeed looks the team to beat now.

It has looked so organised, confident and well-equipped in every department, it could go all the way this season, according to former India captain I.M. Vijayan.

“This is undoubtedly the best team Blasters has ever fielded in the ISL,” he tells The Hindu. “Their defence is very solid, and they have an excellent midfield and fine strikers. Their coach, Ivan Vukomanovic, deserves credit. He is a silent killer.”

The Serb has no doubt succeeded in turning Blasters into such a formidable team. Look at the way he has brought the best out of Samad Sahal; his talent has finally begun to translate into goals.

“Sahal has been almost unrecognisable,” says Vijayan. “He is basically an attacking midfielder and is dangerous in the final third. Vukomanovic has played a key role in his transformation.”

If the coach has plotted the apt moves off the field, on it, Adrian Luna has been making great ones, game after game. The signing of the Uruguayan midfielder has proved a masterstroke for Blasters. He has not just been the best player for Blasters, but probably the best player of the ISL this season.

He scored one of the goals of the season against FC Goa, has been the go-to man for set-pieces and produces passes relentlessly. “Blasters is lucky to have Luna,” says Vijayan.

Two other foreigners, Alvaro Vazquez and Jorge Pereyra Diaz, have also made a huge impact up front for Blasters. Players like Nishu Kumar and K. Prasanth have shown that the bench is strong, too.