Is Tyson Fury Worthy Of GOAT Status After His Destruction Of Deontay Wilder? 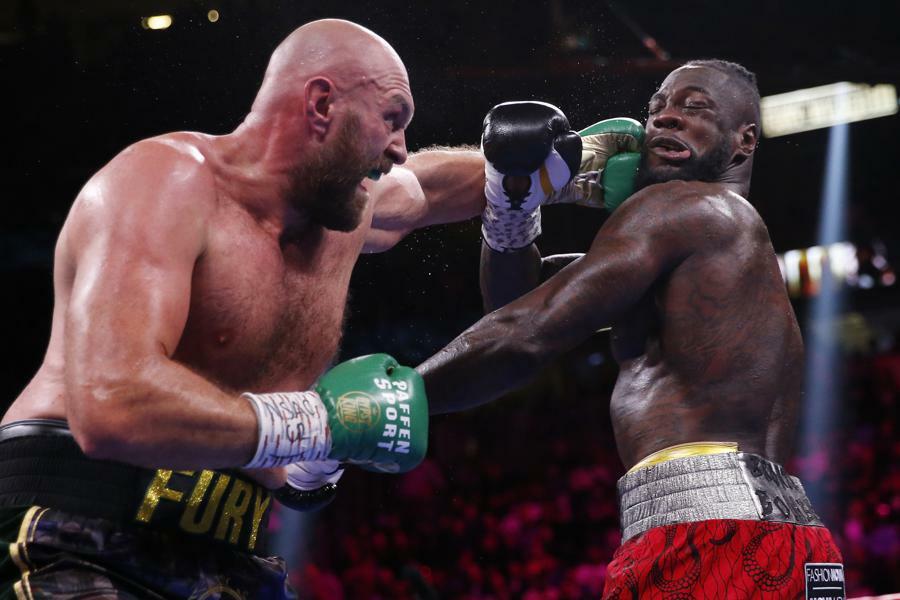 Almost instantly after Tyson Fury capped an epic heavyweight trilogy on Saturday night in Las Vegas with a crushing 11th round knockout of Deontay Wilder, social media went all bonkers-wonkers with GOAT chatter.

The GOAT being Tyson Fury, the WBC heavyweight champion.

Sure, the declaration of Fury’s GOAT status came from drunk-on-triumph Fury fanatics — most of whom reside across the pond. But is it a legitimate consideration? Can we actually label Fury the heavyweight GOAT? And if not, where does Fury rank historically at this moment in his career?

First question first: Is Fury the GOAT of the heavies?

The short answer: No.

Only a deranged fan-child would believe Fury to be greater than Muhammad Ali. Fury has beaten two marquee fighters in Wilder and Wladimir Klitschko. Ali scored 11 wins over six different Hall of Famers. And two of Ali’s victims — Joe Frazier and George Foreman — are boxing immortals.

But this is a compelling tidbit: Fury’s record (31-0-1, 22 KOs) is nearly identical to Ali’s (31-1-0, 22 KOs) at the same point in their respective careers. But then “The Greatest” went on an incredible 24-1-0 run during the Golden Era of the heavyweight division, with the only loss coming in a split-decision defeat to an absolute destroyer, Ken Norton, whom Ali beat twice.

Beyond their records, other similarities between Ali and Fury cannot be denied. The unparalleled footwork, the masterful cutting of angles, the impervious chin, and an Einstein-esque boxing IQ — it’s those skills that defined Ali then and define Fury now. And just like Ali, Fury owns a fighter’s greatest intangible — the ability to rise off the deck to win a fight. But none of this means Fury is the GOAT.

Then, what about the No. 2 GOAT? Not quite for Fury. That spot belongs to Joe Louis, who had 25 consecutive title defenses, a record for all weight classes. Louis finished at 66-3-0, with 52 KOs, and his reputation as the ultimate finisher is legendary.

Then how does Fury compare to the next group of heavies on the all-time list? That group includes George Foreman, Rocky Marciano, Evander Holyfield, Lennox Lewis, Mike Tyson and Larry Holmes.

Most of those fighters had one exploitable flaw: Foreman (too plodding); Tyson (too emotional); Marciano (too small). A prime Lewis got torched by second-tier contenders (Hasim Rahman and Oliver McCall) while Larry Holmes’ jab, as dynamite as it was, wouldn’t even nip the 6-foot-9 Fury. And what about Fury’s flaw? That would have been his lack of KO power. But since lead trainer SugarHill Steward joined the Fury team before the second Wilder fight, Steward has unlocked a mauling KO monster inside Fury.

So with no evident weakness and resume highlights that include a title-winning victory over a 12-year champ in Klitschko and his trilogy dominance over Wilder, Fury’s greatness is becoming more and more indisputable. And the case could be made he’s the No. 3 heavyweight in the history of the sport.

And Fury isn’t finished. He still wants to unify the heavyweight title, which hasn’t been under one champion since Lennox Lewis held all the belts 21 years ago.

Fury likely will get the winner of the Oleksandr Usyk-Anthony Joshua rematch. Usyk beat Joshua last month for the WBO, WBA and IBF titles.

And, if Fury beats either Usyk or Joshua to unify all the gold before he wraps up his career, “The Gypsy King” could leapfrog Joe Louis on the all-time heavyweight list. But as for the GOAT, there’s only one — and he’s “The Greatest.”