Is this the smallest flat you’ve ever seen? A 7-square-metre London flat is set to go on sale for £50,000

An east London flat measuring less than seven square metres is set to go on sale for a minimum price of £50,000.

While the property, located in a Victorian conversion in Lower Clapton, does have most of the necessities one might require such as a working shower and toilet, a sink, bed and microwave, there is no kitchen and hardly any space to walk.

The main room – an amalgamation of an eating area, living room and sleeping space – consists of an elevated bed above storage shelves, a cupboard and a microwave.

There is also a standalone sink with extra storage above it.

The bathroom is a tiny wet room, with the shower perched just inches away from the toilet.

The entire property measures 75 square feet, which is just under seven square metres.

Pictures of the microflat have been shared on social media, with many outraged by its small size and the bizarre placement of the microwave.

“Trying to imagine myself living in this 75sq ft Hackney flat and immediately felt claustrophobic. Perfect for a life of eating microwave dinners while staring at a white wall,” one person wrote.

Bidding for the flat is set to begin on 22 February, with the minimum opening bid set at £50,000.

The auction is less than half the price of the minimum average deposit for first-time buyers in London, which Halifax estimated to be around £130,000 in 2020.

According to the latest figures from the Office for National Statistics, the UK average house price rose by 10.8 per cent over the year to December 2021.

While house prices in London saw the lowest annual growth, it still remains the most expensive region in the UK, with average house prices reaching a record level of £521,000 in December 2021.

According to London-based surveyors Barnes and Barnes, the city is increasingly seeing the development of more microflats, which are being aimed at young professionals.

The surveyors said the microflat “could provide a solution to soaring rents in London” for those working in the city. Additionally, they could “also be a good solution to empty retail outlets and offices” affected by the Covid-19 pandemic. 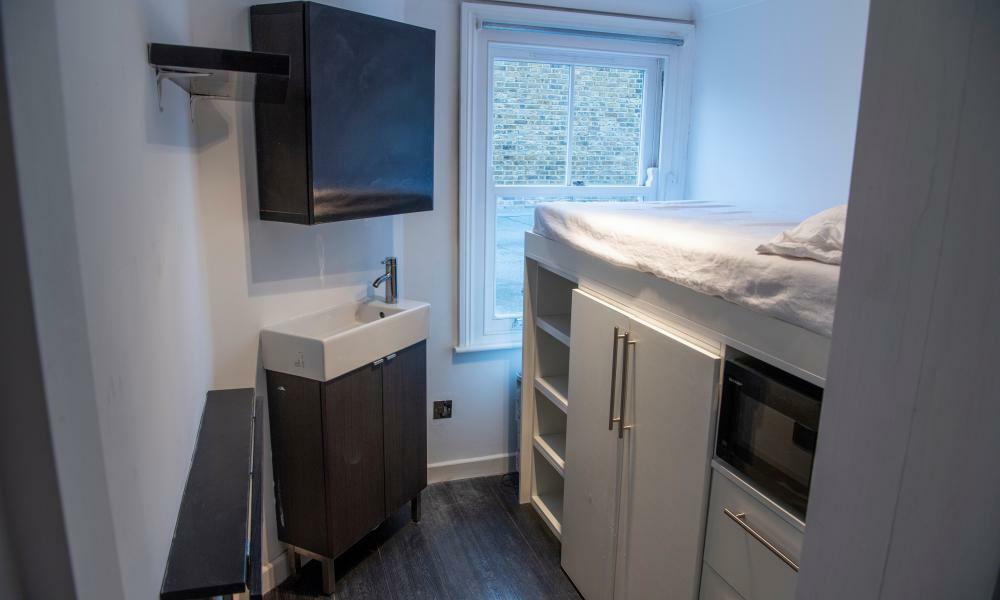 London’s smallest microflat up for sale at £50,000 for 7 square metres
Property in a Victorian conversion in Lower Clapton has a bed, microwave, bathroom and incumbent tenant

The Guardian - UK
One subscription that gives you access to news from hundreds of sites
A flat the size of a tent is for sale for $100,000 on the London property market

Ever wanted to live the camping lifestyle without the inconvenience of that silly tent and pesky nature? Well now's your…

“Although the National Park is supportive of community enterprises, in this instance there is insufficient justification to recommend an approval.”

Located on Lanark Road, this rare property including modern features such as a home cinema experience and heated driveway to…

LONDON: Delighted to find takers at the IPL auction, England pacer Mark Wood said receiving a contract was similar to…

There’s never a bad time to upgrade your home. Now my kitchen cooks at high speed, getting dressed is like…