Is an outright Russian military victory in Ukraine possible?

Russia’s invasion of Ukraine is already more than three weeks old, and the death toll in the bitter conflict is already likely to have exceeded 10,000. But there is also no sign of a decisive military breakthrough on either side, which could have important consequences for what is to come.

On the one hand, Russia’s attack on its neighbour has been so poorly coordinated that it has left many military experts baffled. Yet while Ukraine’s defence has been exceptionally determined, it is also clear that it cannot force out the 150,000 invading troops from its territory.

“The thing that has surprised onlookers is just how average the Russian military has been and how they have struggled with a complicated military operation,” said Phil Osborn, a former air marshal and chief of British defence intelligence. “If you look at the current position, Russia is struggling to maintain the tempo.”

A US estimate released earlier this week suggests as many as 7,000 Russian soldiers have already died in the fighting, a tally partly confirmed by the growing number of death notices of uniformed young men appearing in Russian media. Its forces are estimated by western governments to have lost 10% of their armour.

Many Russian soldiers were so poorly briefed they were surprised even to be invading Ukraine, and even more surprised to be shot at once they crossed the border. Special forces “were told it was a three-day excursion”, according to one account. So naively optimistic were Russian forces that some units dashed ahead to try to drive into Kyiv and Kharkiv, only to meet unexpected resistance.

Chaotic logistics led to a vast, stalled 40-mile convoy outside Kyiv and fighting vehicles stuck in the early spring mud. But it took less than a week for the Russians to change tack.

That was signalled by a cruise missile strike on the government building in the heart of Kharkiv, and has since been played out brutally in Mariupol, once a city of 450,000 people, where the past week has seen Russia bomb a maternity hospital and on Wednesday, a theatre where desperate people had been taking refuge below ground.

Ukrainian officials estimated earlier this week that 2,500 civilians had been killed in Mariupol. Yet despite the fearful losses, neither it nor Kharkiv have fallen. Ukraine’s military has also lost between 2,000 and 4,000, according to the US, while the official UN estimate of civilian casualties is 780, a figure certain to rise.

The first Russian forces arrived at the towns just north-west of Kyiv on the first day of the invasion, but since then they have become bogged down, failing to progress from Irpin and Bucha just outside the capital. Progress has also been stymied on the east side of the city, and western officials are beginning to question if Russia wants to fight its way through.

“I think there is a question as to whether Moscow now intends to try to assault Kyiv or not, and I don’t know the answer to that,” said one on Thursday. Unlike Kharkiv or Mariupol, the capital has not been subject to heavy bombardment from the air or long-range artillery; and with three weeks to prepare the city’s defences any assault would be very costly – for both sides.

Nato may not be willing to intervene by imposing a no-fly zone – a stance that has not shifted since fighting started – but western weapons have flooded into the country. On Wednesday night the US said it would send a further 9,000 anti-tank weapons and 800 Stinger anti-aircraft missiles, after an appeal by Ukraine’s president, Volodymyr Zelenskiy, to Congress on Wednesday.

That has allowed Ukrainian forces to mount some ambushes of Russian tanks and armoured forces, in which light infantry have used shoulder-mounted anti-tank weapons to thwart the invaders’ advance. But Ukraine has no real answer when Russian forces turn to relentless bombing.

Russian forces have also made significant gains in the south of the country, are already enforcing a naval blockade from the Black Sea, and, according to two analysts at the Royal United Services Institute thinktank, are beginning to threaten Ukraine’s principal regular army formation, the Joint Forces Operation (JFO), which faces the Donbas region in the east.

Sam Cranny-Evans and Sidharth Kaushal said that while Ukraine had held up the Russians in the north, the position of the JFO was “looking increasingly precarious”. Russian forces are continuing to push north from Crimea, to Beryslav along the Dnieper River, while other forces are bypassing Kharkiv and trying to join up with them as they head south.

If Russian forces can succeed in encircling the Ukrainian army in the east it might, the authors argue, lead to a defeat of the country, as happened to France in 1940. “The destruction of armies tends to lead to a broader collapse of will that makes sieges unnecessary,” they said.

Others argue that the broad strength of the Ukrainian resistance, the size of the country, and the course of the fighting so far demonstrate that Russia is unable to achieve a victory of conquest and occupation. “I think what we’ve learned is that Russia cannot win an outright victory – and that Ukraine cannot expel the Russians either,” said Peter Ricketts, a former UK national security adviser.

As the fighting becomes increasingly attritional, peace talks between the two sides have gathered pace in the last 48 hours, with Zelenskiy offering to abandon Ukraine’s quest to join Nato and seek a neutral status along the lines of Sweden or Austria. But, Lord Ricketts argued, that “wouldn’t be nearly enough for Putin to accept, given all the mayhem and suffering that has happened so far”.

Given Putin’s political need to secure a significant victory, a more likely scenario, Ricketts said, could be an uneasy halting of combat operations, and an effective repartition of the country in Russia’s favour.

“It would be ceasefire on a hold-what-you-have basis, which for Russia would include the ground its forces have flattened and occupied in the south and the east. Given the military situation, I don’t see diplomacy getting to any common ground,” he said. 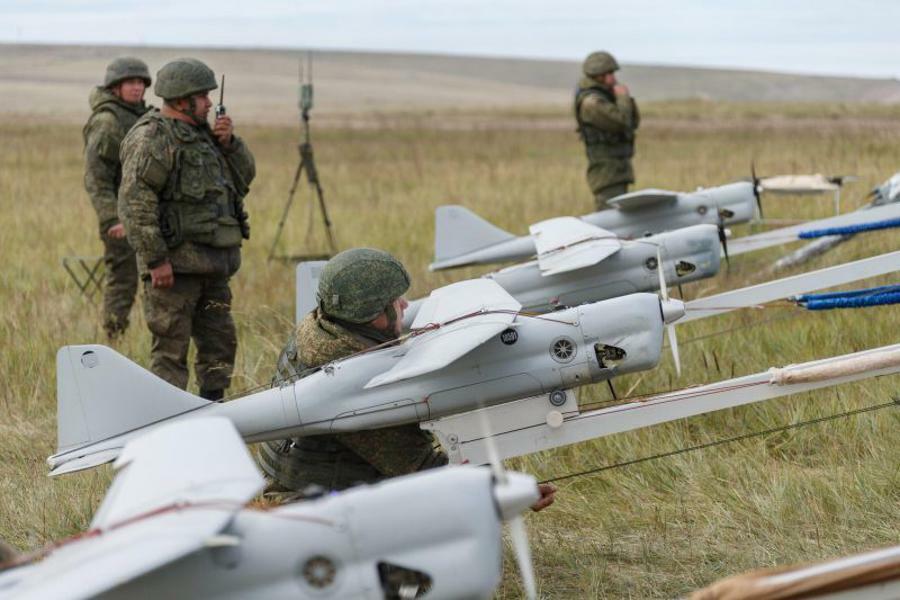 Analysis: invaders unlikely to complete encirclement of capital in near future, says Institute of the Study of War