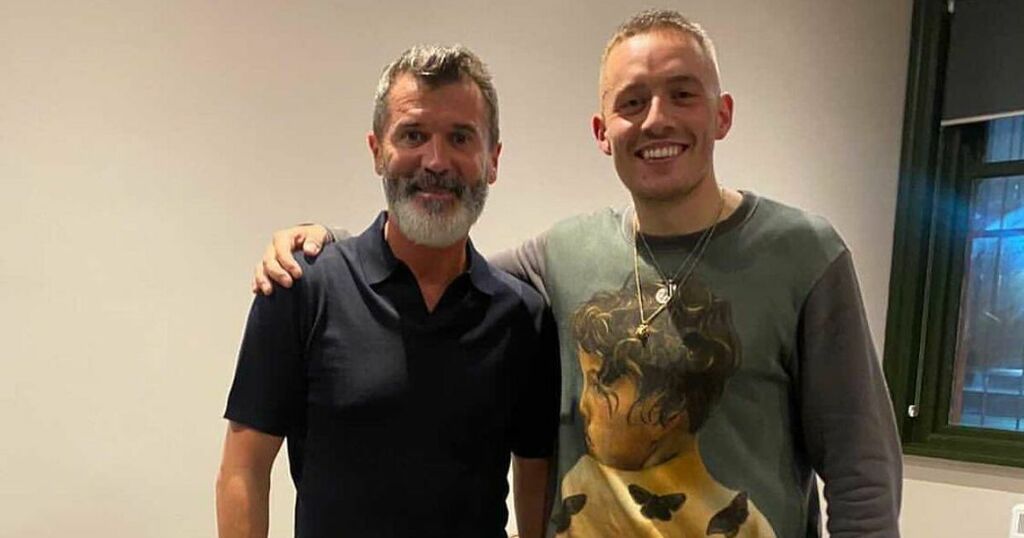 One of Ireland's best-known singers was left star-struck after he met one of his heroes on Monday night.

Dermot Kennedy was left speechless after Manchester United icon Roy Keane showed up at his concert in Manchester.

Kennedy captioned the picture: "Can’t explain what it means. Will not attempt to explain. Roy Keane came to my gig last night. Very very grateful indeed for a surreal moment"

The Dubliner is not only a huge Manchester United fan, but he has also hailed Keano as one of the biggest inspirations in his life.

"Roy Keane has inspired me more than anyone since I was a kid," he said online in February.

"I may move in a different field, but I took so much from him in terms of attitude and how to approach the things you’re most passionate about.

"You get out what you put in, and the results will always reflect your effort. I can only hope to inspire someone in the same way."

Kennedy couldn't believe that he finally got to meet the Corkman in the flesh in the city where Keane made such a mark.

He also regularly poses in his Man Utd jersey from 1990 on social media.

The singer-songwriter, who played the first night of his turn in the UK city on Monday night, also has some decent soccer skills himself.

He has taken part in Soccer Aid in the last couple of years and was even chosen as Man of the Match in last year's game.

Kennedy also received plaudits over the weekend for helping the Rest of the World XI score a 3-0 win over England.