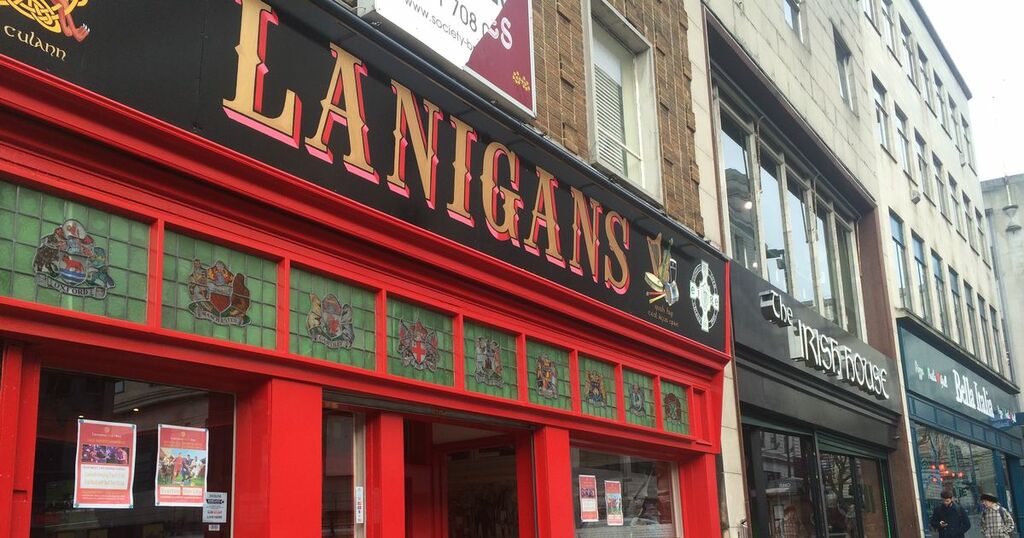 An Irish bar in Liverpool City Centre - that was at the centre of a large brawl earlier this year - will find out next week if it can stay open later.

Lanigan's Bar on Ranelagh Street wants to extend its opening hours until 4am every day but has been met with stiff opposition by Merseyside Police.

Ahead of a city council licensing meeting next week to review the request, the police have submitted an objection and references a large fight that occurred outside the bar earlier this year.

Footage posted online earlier this year showed the braw, which involved security staff clashing with members of the public, on Friday, May 21, at around 9pm.

A doorman was seen in one of the videos, appearing to tell the men to "go back where they came from". Two men were also arrested by police later on suspicion of affray.

Lanigans' owners condemned the incident at the time, saying it was "very saddened to see altercations of such magnitude on the street outside our premises".

However, a new application by the bar to extend its opening by two hours and close at 4am has seen police reference the brawl as one of a number of factors in officers strongly opposing it.

In a submission to Liverpool Council's licensing and gambling sub-committee, which will consider the application in January, the police said they told the bar on previous occasions that previous issues at the premises and the high crime rate in the surrounding area meant they would not support it.

They said the brawl was an example of the bar undermining licensing rules, meaning it should not be allowed to open until 4am.

The police submission said: "The hours applied for are within one of the busiest times in the night time economy for Merseyside Police.

"This premises is located within E911 beat. This beat suffers from high levels of Violence, Crime and Disorder.

"The venue clearly undermined the licensing objectives Prevention of Crime and Disorder and Public Safety on the 21st May 2021 when an incident of large scaled occurred including staff members.

Their statement continued: "The applicant’s agent submitted a pre-application in relation to this variation and we advised them that we would not support the application due to an incident at the premises, covid breaches and other factors.

"Despite this, the application has still been submitted.

"Licensed premises within close proximity to this venue have recently made pre-applications of a similar nature and have also been informed that Merseyside Police would not support their applications.

"Full evidence in support of Merseyside Police’s representation will be provided prior to any future hearing."

The council's licensing and gambling sub-committee will hear the bar's application on Thursday January 13, 2022, where its owners will be able to respond to the police's evidence.