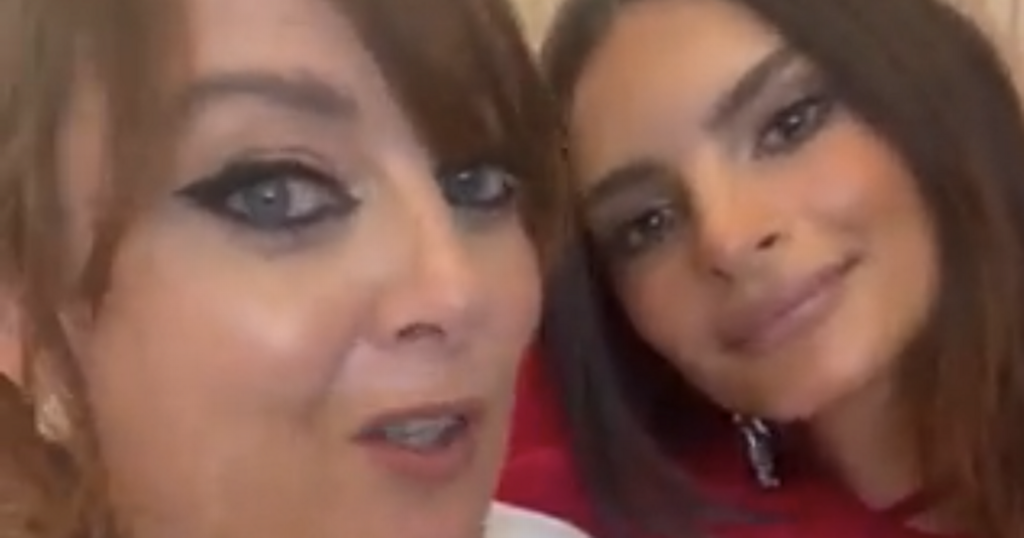 The editor of US Glamour magazine Samantha Barry was flying the Irish flag on the Met Gala red carpet in New York on Monday night.

She wasn't alone, however, as another well-known face at the prestigious event joined the Cork native to represent the Rebel county.

Hollywood star Emily Ratajkowski appeared in videos alongside Barry on her social media channels, with none other than the small town of Bantry getting a mention.

The A-list star has a close connection with the West Cork area, calling Bantry her "second home" after spending many childhood summers there.

In July, the surprising news was announced that Ratajkowski's swimwear label, Inamorata, would be sponsoring Bantry Basketball Club's U15/16s team.

Barry, who is from Ballincollig, referenced the unexpected sponsorship deal while attending the annual Met Gala event, which is hosted by Vogue editor Anna Wintour.

She captioned a video posted with Ratajkowski: "With Bantry’s most fabulous celeb sporting sponsor at #MetGala @emrata."

She says: "So, I'm at the Met Gala with Bantry's biggest supporter."

Bantry Basketball Club was delighted with the mention and thanked the glamorous women for the shout out.

"Fair play @samanthabarry and @emrata both with massive Bantry Basketball connections keeping the flag flying for us #bantryabú."

Barry, who edits one of the most popular women's magazines in the US, was among the hundreds of famous faces who attended the fashion event at the Metropolitan Museum of Art.

The event, which usually takes place on the first Monday in May, was instead delayed until the second Monday of September this year due to the pandemic.

Barry wore two outfits on the night, the first being a black and white Christian Siriano gown, and the second being a pink and black vintage Bill Blass ensemble.