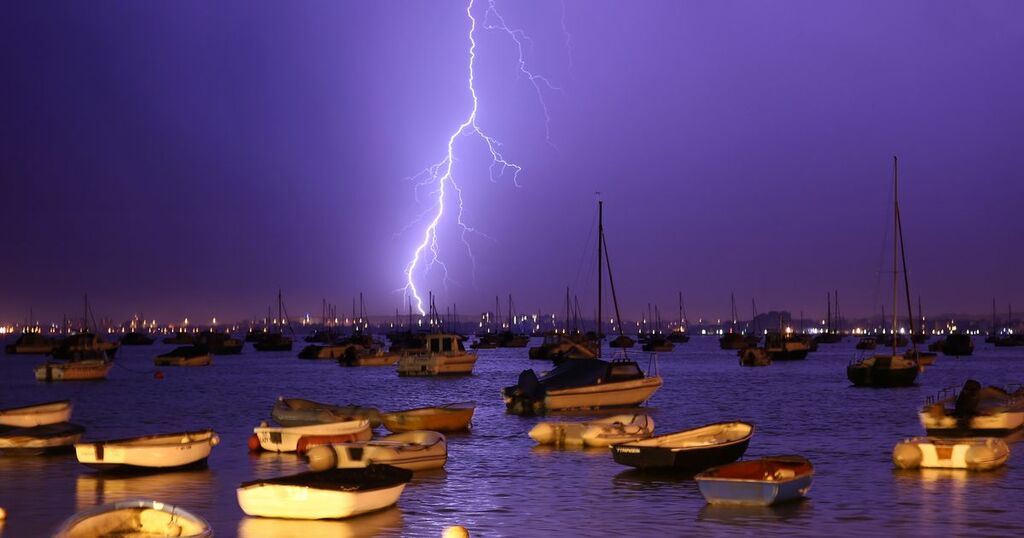 Met Eireann have issued an urgent thunderstorm warning for 22 counties as miserable conditions are set to hit.

The Status Yellow alert is in place for Leinster, Cavan, Donegal, Monaghan, Connacht, Tipperary and Waterford from 1.28pm until 9pm on Thursday.

It reads: "Heavy, potentially thundery downpours breaking out this afternoon and evening will produce some localised flooding."

Meanwhile Friday looks set to remain largely unsettled with some heavy showers in the north.

A Met Eireann forecaster said: "Mostly cloudy on Friday with scattered showers, some may turn heavy in east Ulster and north Leinster during the afternoon and evening. Highest temperatures of 16 to 20 degrees, in mostly moderate west to northwest winds.

And as we move into the weekend we will see a further mix of sunshine and showers, with high of up to 20C but plenty of rain in some parts, mainly in the north and west.

A forecaster added: "Feeling fresher on Saturday with a mix of sunny spells and just well scattered patchy showers mostly over Ulster and Atlantic coastal counties. Highest temperatures of 16 to 20 degrees, in a light westerly breeze.

"Mostly dry with clear spells and just some well scattered patches of rain or drizzle. Overnight lows of 9 to 13 degrees, mist and fog patches will develop once again in light northerly or variable breezes.

"Sunny spells on Sunday however cloud will increase at times during the day bringing the chance of patchy mist and drizzle at times. Feeling autumnal, in light variable breezes, with highest temperatures of 15 to 19 degrees. On Sunday night there will be good clear spells however there will be some low cloud at times leading to some patchy drizzle. Overnight lows of 8 to 13 degrees, mist and fog patches developing also in light east to southeast breezes.

"Good sunny spells on Monday however some showers will develop through the middle of the day, mostly in the west. Highest temperatures of 17 to 20 degrees in light southerly or variable breezes.

"Current indications suggest that from Tuesday onwards it will become more unsettled with rain and showers at times and highs in the mid to high teens."