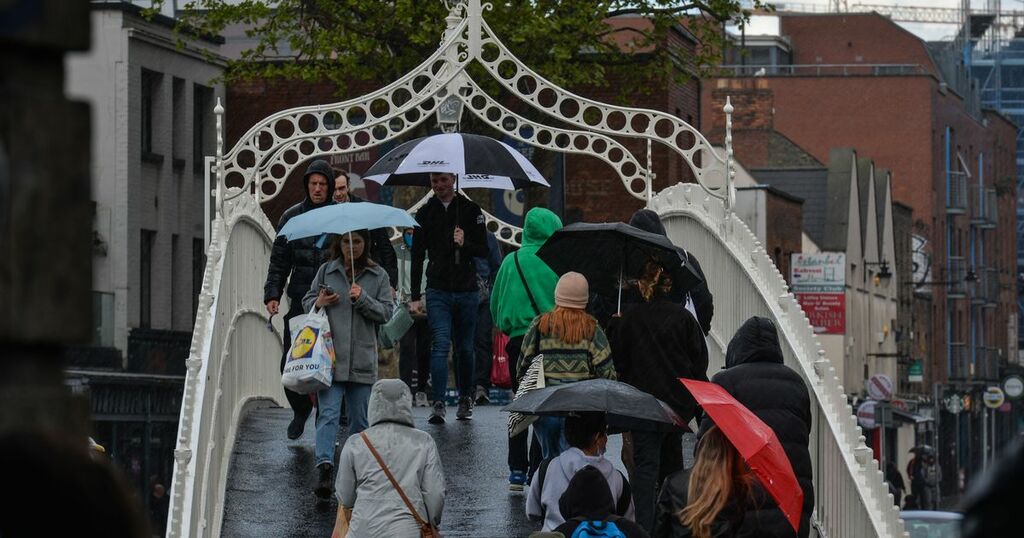 Following recent weather warnings issued for parts of the country, this week is set to remain mixed with Met Eireann stating that conditions will be changeable this week.

Expect to see dry and bright spells mixed with showers or longer spells of rain. Temperatures will be around normal with daytime maxima in the mid to high teens generally.

A cloudy and misty start to the day is expected with showery rain affecting Munster, Connacht and east Ulster.

The clouds will remain through the day with showers developing in many areas, some heavy. There'll be some brighter intervals also. Highest temperatures of 17 to 20 degrees.

Largely dry with clear spells early on in the evening but cloud will increase later, bringing showers to parts of the north and west. Patches of mist and fog will develop too.

Mostly cloudy with some rain, drizzle and mist. Brighter, drier weather with some sunshine will follow from the west through the afternoon.

Most areas will see drier weather by early evening with spells of sunshine developing. Highest temperatures of 16 to 20 degrees, coolest in the west and northwest.

Mostly dry with clear spells, but cloud will increase in western areas overnight with outbreaks of light rain moving into the western coast by morning.

A dry and sunny start is expected across the eastern half of the country, but it will be cloudier further west with patchy rain or drizzle in coastal areas.

It will become cloudier countrywide through the day as the patchy rain or drizzle moves eastwards.

However, most eastern areas should hold dry with highest temperatures of 17 to 20 degrees.

A band of rain is expected to move in from the Atlantic on Thursday night, reaching most areas. The heaviest rainfall will be over the western half of the country.

Heavy rain in the east will clear out over the Irish Sea morning with sunny spells and scattered heavy or thundery showers following from the west through the afternoon. Highs of 15 to 17 degrees.

Met Eireann has said: "There is uncertainty for the weekend, but it is likely it will continue showery into Saturday, with the rain possibly moving in from the Atlantic on Sunday. Maximum temperatures remaining around 15 to 18 degrees."