Ireland's got an Israel problem - editorial 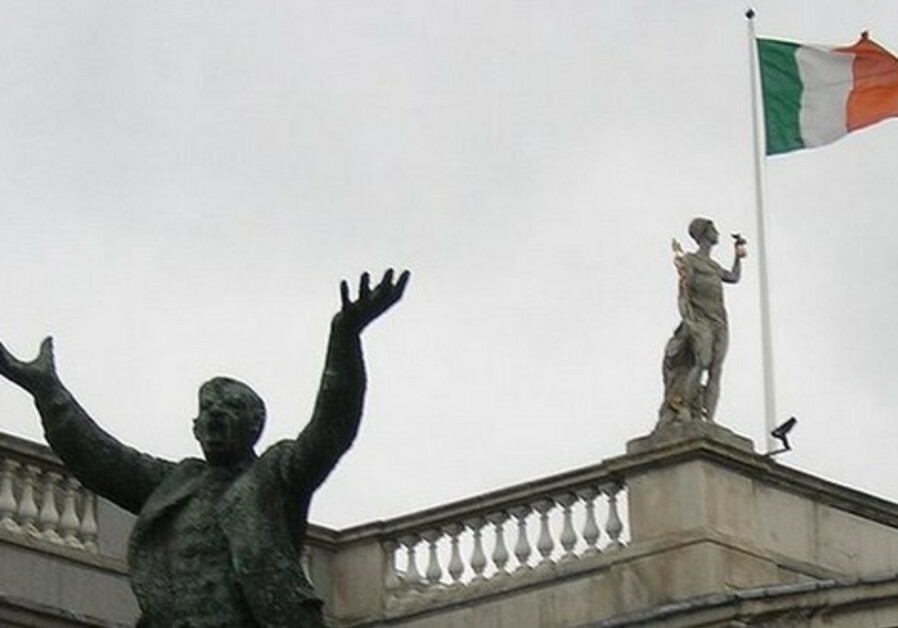 While the BDS (Boycott, Divestment and Sanctions) movement has had only limited successes in the two decades since its launch, one thing it has been able to do is to acquaint Israelis with certain contemporary artists whom they may have otherwise never come across.

Such was the case in 2010, when an American rock band called the Pixies decided to cancel a tour date here after the Mavi Marmara incident. This made front-page news. Many Israelis who never heard of the Pixies, and who would never listen to their type of music, were suddenly aghast: “How dare they boycott us!”

The same phenomenon repeated itself this week, when Irish millennial author Sally Rooney, who just published a third novel called Beautiful World, Where Are You, made clear she would not allow an Israeli publishing house, Modan, to publish the work in Hebrew.

Rooney righteously and ever-so-woke said she could not accept a contract with an Israeli company that “does not publicly distance itself from apartheid and support the UN-stipulated rights of the Palestinian people.”

And the Pixie phenomenon repeated itself again: Israelis who never heard of Rooney, and who would probably not buy her novels even if they were bundled together in a three for NIS 100 deal at Steimatzky, were left livid by her action.

“Why read her at all?” Diaspora Minister Nachman Shai tweeted. “The cultural boycott of Israel, antisemitism in a new guise, is a badge of shame for her and others who behave like her.”

Ironically, this brouhaha came the same week that Ben Cohen, co-founder of the Ben & Jerry’s ice cream empire that announced this summer it would no longer sell ice cream to Jews living beyond the Green Line, was left literally speechless in an “Axios on HBO” interview, when asked why he was taking this measure against Israel because of opposition to one of its policies, but does not take similar actions against other countries or US states pursuing other policies he is against.

“I don’t know,” he answered after a long pause. “I mean it is an interesting question.”

Rooney too was caught in the same type of hypocrisy. Soon after taking her oh-so-principled stand on the Israeli/Palestinian conflict, it emerged that another of her novels was printed by a state-owned Chinese publishing house, as well as a Russian one – countries not particularly known for their sterling human rights records.

“Why target Israel and not others?” Rooney needs to be asked, just as Ben Cohen was. Perhaps it’s because it’s just easy, fashionable – even “enlightened” – to do so, what author Tom Wolfe once termed “radical chic.”

Perhaps it also has something to do with her hailing from Ireland, where to attack Israel – at least judging from a couple of news items this week – seems the acceptable thing to do.

Catherine Connolly, deputy chairperson of the lower house of Ireland’s parliament, asked a parliamentary question of the country’s foreign minister that dripped of antisemitic tropes.

Connolly asked if the ministry’s “indicating support for the Jewish character of the Israeli state agrees with the treatment by Israel of Palestine communities in its attempts to accomplish Jewish supremacy.”

Her question – and use of the term “Jewish supremacy” – could have featured as an example in a report the investigative journalist David Collier recently published in Ireland’s social media on antisemitism: how Irish politicians and activists promote antisemitism under the cloak of articulating “legitimate” criticism of Israel.

“The spread of antisemitism throughout the Irish mainstream is clearly worse than in almost any other Western nation,” he wrote. “It requires a massive educational drive to even begin to unravel some of the damage.”

The report noted that in Ireland, “anti-Jewish racism spreads within the corridors of power and unlike in the United Kingdom or the United States, appears to be as much driven from the top-down as the reverse. Some Irish politicians are obsessed about attacking Israel and Zionism, treating it in a manner different from the way they treat all other international issues.”

And that is something that seems to have filtered down. Need proof? Just look at Sally Rooney.