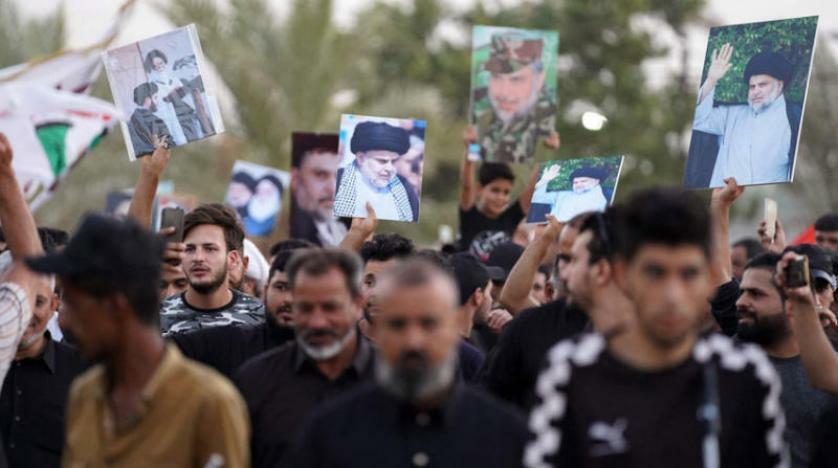 Four Shiite parties are eyeing the position of prime minister in the upcoming parliamentary elections. But this requires winning the largest number of seats in Parliament.

It is difficult to anticipate the alliances between these forces, on the way to forming a major bloc. The current equations often suggest that those who win a similar number of seats become “equal heads” in the next parliament.

The preliminary map of alliances indicates that the competition between the Shiite lists will be limited between the Sairoon bloc, which is led by Muqtada al-Sadr, Al-Fatah led by Hadi al-Amiri, the State of Law Coalition by Nuri al-Maliki, and the State Forces, which includes Ammar al-Hakim and Haider al-Abadi.

The Shiite parties’ election campaign managers claim that they are the most likely to exceed the forty-seat barrier in the upcoming polls next month, but these allegations are nothing more than partisan speculation that is being used for political promotion and influence.

Sadr is betting on getting enough seats to win the post of the new prime minister. For months, he has been mobilizing his supporters to participate heavily in the elections.

A member of his electoral team said that the movement wanted to rely on itself, and not on unsecured alliances with other winners.

Sadr resorted to presenting candidates, the majority of whom are involved in the business market, as well as leaders from the Saraya al-Salam, the movement’s military wing, hoping to attract the Shiite voters.

However, sources reported that Sadr’s electoral apparatus “did not see this composition to be in line with the movement’s goals.”

The sources said that influential figures in the Sadrist movement had objected to the mechanism for selecting candidates, and demanded that Sadr himself reconsider it to raise the chances of winning.

However, the party’s leadership was not able to adopt these mechanisms, and proceeded instead to present its candidates who were officially registered in the lists of the Electoral Commission.

Former Prime Minister Nuri al-Maliki is one of the most prominent competitors, and his activity during the past month reflected his electoral strategy.

Maliki is trying to overcome his political setback in 2014, when three Iraqi cities fell under his rule to ISIS, in addition to losing old allies and members of his Islamic Daawa party.

But the new electoral district law undermines Maliki’s ability to win enough seats to compete, as the State of Law coalition flourishes in the large districts of the previous law, as in the elections of 2018.

The same applies to some extent to Al-Fateh coalition, led by Hadi Al-Amiri, which engages in the elections as the political “spearhead” of the Popular Mobilization Forces, as well as the pro-Iranian factions.

Political sources told Asharq Al-Awsat that Al-Fateh was facing a challenge posed by the Shiite community, which accuses the senior leaders of Al-Fateh of committing crimes of repression against them since 2020.

The fourth movement seems the least worried among the Shiite players, as Ammar al-Hakim and Haider al-Abadi are betting on winning the votes of the moderate Shiite public.

Four advisers in competing electoral campaigns agree that the current Shiite scene shows that the main players are now striving to grasp each other’s seats, but the chances of a party winning a large number of seats with a comfortable difference from its closest competitor seem to be unlikely.